A group of multiple listing services, franchisors and brokers has raised most of the seed money it needs to begin to build the first national MLS consumer-facing listing portal, according to a new website for the project launched this week.

“We established a lofty goal of attracting 50 firms (either MLSs or brokers) to contribute $5,000 [each] toward the effort of exploring the idea in further detail,” wrote the project’s facilitator, Victor Lund, of the real estate consulting firm WAV Group, on the new site. “Although we have been on the mission for just a month, we are already well beyond center field on our way to the goal line.” 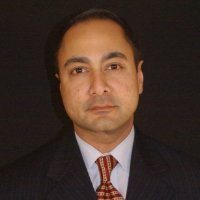 The portal could hit national prominence out of the gate, Gurtej Sodhi, chief information and strategy officer of Crye-Leike Realtors and a member of LeadingRE’s technology council, said at a LeadingRE conference session earlier today.

By redirecting the property links in the emails consumers already get from agents from local MLS public-facing websites to the new national portal, organizers of the new site could ensure it launches with monthly traffic in the range of 20 million hits, Sodhi said.

The initiative expects to have raised the full amount of seed funding by March 18, when supporters will have their first conference call meeting. That meeting will be followed by an in-person meeting in Dallas on April 22 where supporters will create a leadership team to form a corporation.

The group will also discuss the creation of a request for proposal that can be used as a scope document for the initial minimum viable “go to market” product, Lund wrote on WAV Group’s blog.

WAV Group has said that contributors will determine the final governance of the site and participate in guiding the budget and design, though they will not receive equity for their contributions.

The portal is currently slated to launch in 2016. A committee for the project has estimated that it will need $15 million minimum to launch with an estimated cost to MLSs of $1 to $3 per subscriber per month.

The new portal initiative is not without its detractors. For instance, that $15 million figure is “bupkis” considering that Zillow spends millions more on tech development in a single quarter, real estate consultant Rob Hahn wrote in a blog post.

Hahn recommended leveraging that money to obtain financing to buy an existing real estate portal in the top 20 instead, such as Movoto. Drew Meyers of Geek Estate suggested a similar move, asking, “Why not just buy Estately?”

Meyers also wondered aloud how such a portal will attract buyers away from portal giants Zillow and Trulia.

“Up-to-date listings is not enough by itself. Look no further than the downfall of realtor.com for proof of that,” he said.

“This just sounds like rebuilding Zillow, 10 years too late,” he added.

But before the broker portal gets anywhere close to completion, Hahn suggested the project will have to overcome a critical flaw: its planned governance structure. Currently, the plan is to have brokers of varying sizes hold 10 of 15 board of directors seats, while MLS executives will hold three, and two will be reserved for other industry players.

That governance model is patterned on that of large regional MLSs and Realtor associations, Hahn said, and will likely succumb to the same bureaucratic red tape that causes frustrations for the tech companies they work with.

“Even large corporations move much, much faster than does the world of associations and MLSs.”

He advised the project to adopt a corporate governance model with a small board of directors that gets involved only with major corporate decisions and a powerful CEO who has both strategic and operational control and is held accountable to clear, measurable objectives.

Without those objectives, the broker portal “will quickly get mired in internal politicking and board jockeying in the name of ‘control’ while its nimble, focused commercial competitors will outmaneuver them time and again,” he said.

“That isn’t competition; it’s symbolic gestures of defiance at best.”