Berkshire Hathaway HomeServices is once again targeting sellers in its national marketing campaign, which includes a national TV spot that will make its debut on the HGTV cable network today.

Poised for international expansion in 2015, BHHS is vying with franchisors Century 21 Real Estate and Coldwell Banker Real Estate for the attention of national TV audiences. Re/Max, which launched a national TV ad campaign last year, has not announced its 2015 campaign yet.

Last year’s “Good to Know” campaign featured 15- and 30-second versions of a TV spot depicting a BHHS agent helping a family tackle the emotional challenges of selling a home.

The focus on sellers in this year’s national ad campaign is not just about reacting to current low-inventory market conditions. It’s also a way to differentiate the brand from the “sea of sameness” in the buyer-focused messaging of other real estate brands and firms, said Kerry Donovan, BHHS’ vice president of marketing. 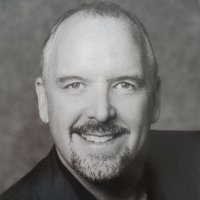 In addition to the TV ad, the “Good to Know” campaign includes print and digital components including half-page brand ads and full-page national listing ads in The Wall Street Journal spread throughout the year.

On the digital side, BHHS ads will show up across the sites owned by HGTV’s parent company, Scripps Network Digital. Those sites include the Food Network, the Travel Channel, the Cooking Channel, the DIY Network and FrontDoor.

Chip and Joanna Gaines, stars of HGTV’s remodeling show “Fixer Upper,” will also appear in a BHHS-branded 30-second video offering easy, cost-effective tips to help sellers prep their home for the market that will air during their show through the spring buying season.

The TV ad, which will air in 15- and 30-second versions through June, features a series of vignettes showing home sellers celebrating with their families the moment they get a call from their BHHS agent notifying them their homes have sold.

“You immediately sense clients’ relief, excitement and elation as they receive and share the good news with loved ones,” said Gino Blefari, CEO of HSF Affiliates, the joint venture that runs the BHHS brand. “Our message captures the honesty of the selling process and demonstrates the true value of our knowledgeable agents.”

Other real estate firms are going big with TV spots, too, including Zillow, realtor.com, Redfin and rentals site Apartments.com.

A recent forecast by Borrell Associates projects spending on online advertising by real estate agents and brokers will decline by 2 percent this year, to $10.5 billion, in part because so much money is being funneled into television and cable advertising campaigns.

With its recent growth, BHHS is playing in the big leagues with other top U.S. franchise brands.

Editor’s note: This story has been updated to correct that BHHS’ print ads will appear in The Wall Street Journal throughout the year, not just through the spring buying season.