Walk into the New York City office of Scout Ventures, and you’ll see the tech-chic decor you might expect to see in the workspace of a firm that lives and breathes startups. There’s even a surfboard mounted on the wall.

The element of surprise is the display of military mementos and commendations the venture capital firm’s founder, Bradley Harrison, earned during his six-year stint in the military, where he served as an infantry officer and airborne ranger. 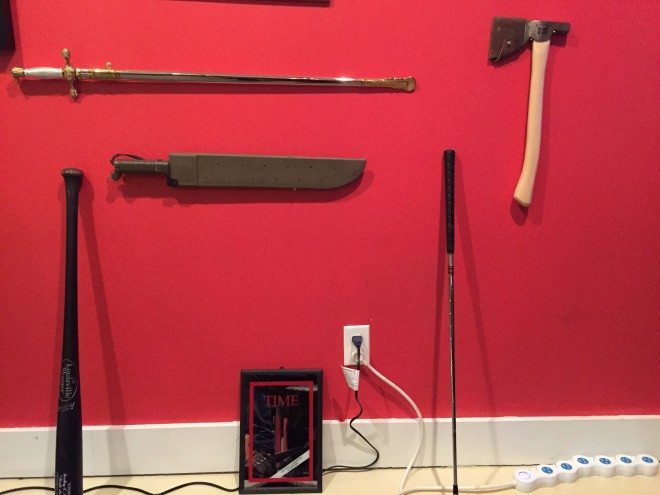 The message seems clear: we put money behind innovation, but if you want some, you’ll have to sell a soldier on your vision.

Tommy Sowers, himself a former army special forces detachment commander, recently took on the challenge. Inman was able to tag along as he sat down with Harrison’s team to seek funding for his real estate tech startup, SOLO – potentially a pivotal step for his firm.

His meeting offered an inside look at how business pitches are designed, delivered and put to the test. It shows that even when entrepreneurs leave pitch sessions without promises of money, they can still take away invaluable lessons.

With SOLO, Sowers hopes to popularize a menu-style business model for real estate agents. His company offers a platform that helps real estate agents connect with buyers willing to pay flat fees for individual services on a pay-as-you-go basis, rather than a traditional commission.

Having bootstrapped the company for a year, Sowers is looking for funding to launch marketing campaigns and grow SOLO beyond the company’s home market, Fort Lauderdale, Florida.

Sowers has never closed a funding round for a startup before, but he’s no newbie to finance or the fundraising game. He amassed more than $1.5 million in donations back in 2010, when he ran as a Congressional candidate for Missouri’s 8th district seat. (He lost the race, but learned a lot.) 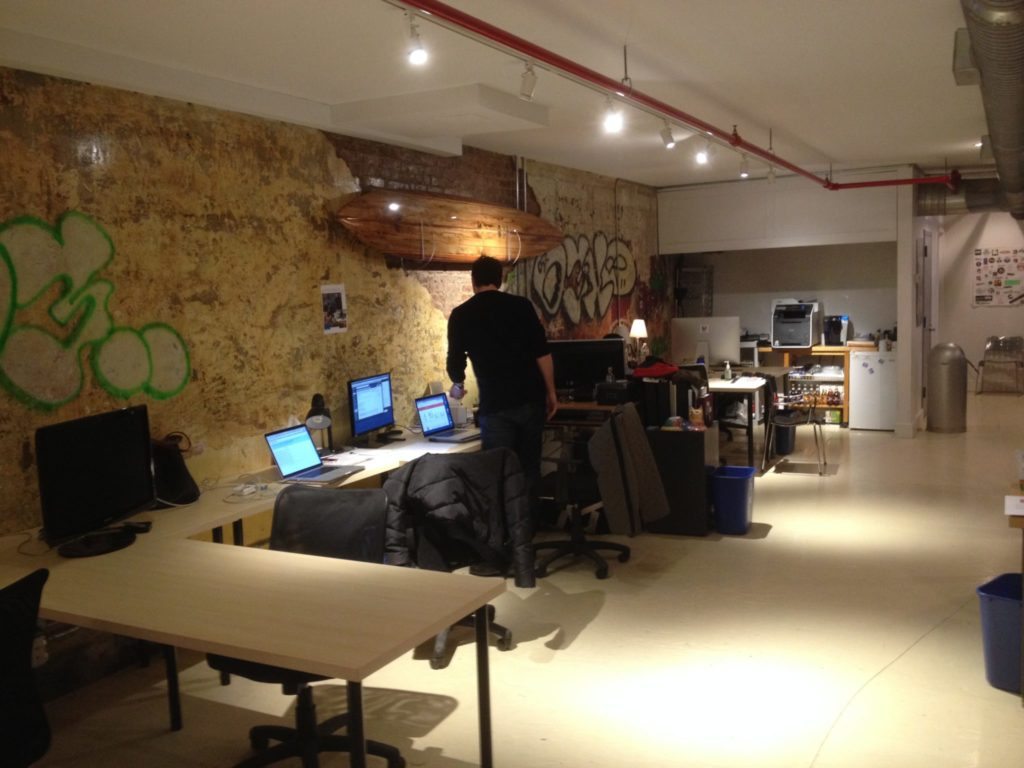 This spring he will give up a professorship at Duke University, where he teaches courses on public service and political engagement, to devote himself to SOLO full time.

Given those bona fides, it was no surprise that Sowers projected confidence from the very start of his pitch meeting with Scout Ventures.

Sporting a suit and leather boots (Sowers traces his fondness for the footwear to his Midwestern roots and military background), Sowers sat down at a glass table with Brendan Syron, a principal at Scout Ventures.

Syron, who was more casually clad in a button-down and khakis and looked about 10 years Sowers’ junior, listened with an air of deference as the entrepreneur launched into his pitch.

Sowers explained that he had already raised more than half his target for SOLO’s initial “seed funding” round and was seeking two or three more backers who would embrace his “grand vision” for the company.

“How much runway does that give you?” Syron asked of Sowers initial funding target.

Sowers revealed, confidentially, how many months he expected that sum to last, adding that he wanted to raise considerably more cash along the way.

Sowers moved smoothly through his talking points: SOLO could help hundreds of thousands of real estate agents get paid for the services they perform best, like showing listings, valuing homes, and drafting and negotiating offers. Agents were already flocking to the platform. And it’s highly scalable .

Sowers quickly described how funding would enable the company to expand into other markets and test different revenue models.

As the entrepreneur paused for breath, Harrison joined the meeting.

His bulky physique was easy to square with his military background. 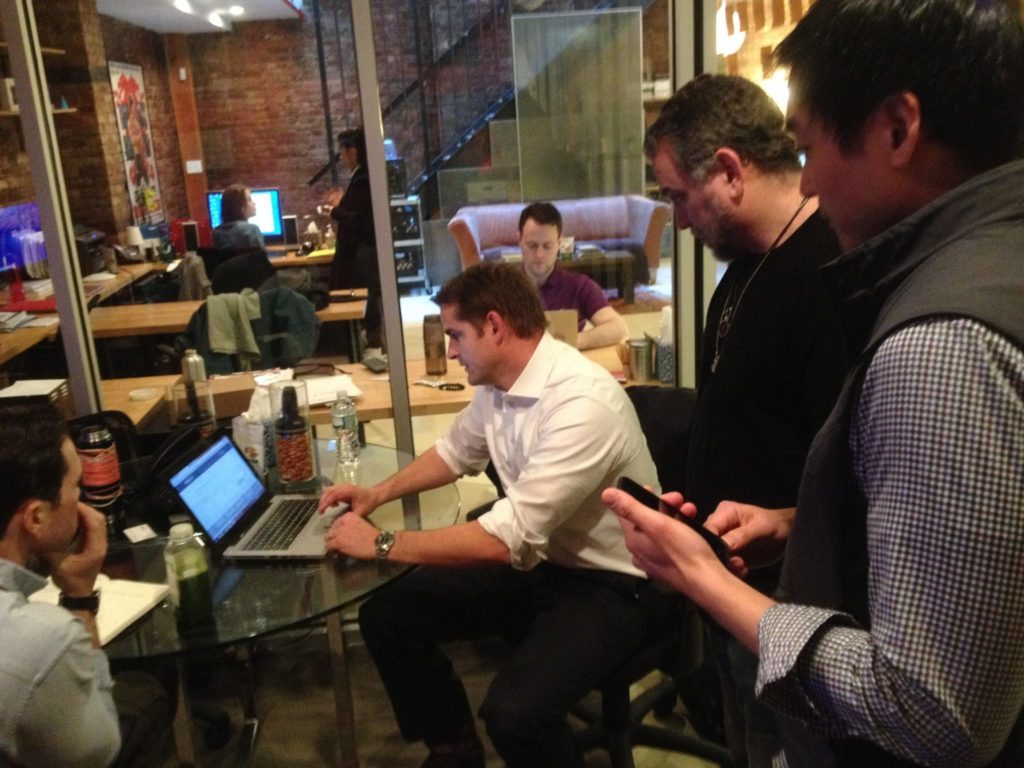 Sowers flipped open his laptop and began a rapid-fire demo of SOLO’s website.

“You need to take a decimal point away,” Harrison said in response to the pricing one agent had listed in the online marketplace.

The agent was charging much higher fees than others on the platform, Sowers said.
And that was part of the beauty of it all, he deftly added: agents get to choose how much they charge.

Then came the questions.

Sowers had done his homework, and delivered answers with aplomb. Yet he wasn’t able to provide quite as many details as Scout Ventures might have liked, and his answers weren’t always tailored to Scout’s investment philosophy.

Sowers quickly dispatched questions about how real estate brokers would react to the platform and why SOLO launched in Fort Lauderdale, Florida.

But when asked about metrics that subsequent investors could use to judge whether SOLO was a good bet, his answers didn’t seem to cut it for Scout Ventures.

Sowers said investors could evaluate SOLO based on cost per buyer acquisition and the average amount of money a buyer spends through the site.

But John Ryu, a partner at the firm who had dropped in on the meeting, cautioned that those numbers might not be enough. He ticked the most important metrics investors were likely to want: the total dollar amount of transactions conducted on the site, the total number of transactions conducted on the site, and the growth rate of these metrics over time.

After this thread of conversation wrapped up, Harrison cut to the chase.

“Alright, how much revenue will SOLO be generating in two years?”

Sowers didn’t hesitate: he didn’t know. His business model was the first of its kind, so there was no way to tell.

Harrison nodded and flashed a grin. He’d made up his mind.

“You know we love you,” he told Sowers, signaling that Scout Ventures wasn’t ready to make a commitment.

But the problem was, Harrison said, Scout Ventures primarily invests in “differentiated tech,” and Sowers had none to show—at least, not yet. Sowers replied that SOLO will eventually roll out innovative technology, but not until it grows as a marketplace.

As the meeting drew to a close, Syron offered some words of encouragement: “Keep us updated.”

While Sowers left Scout Ventures without a funding commitment, he succeeded in getting some valuable advice. The big takeaway, he said, was the importance of carefully aligning his pitch with a firm’s investment thesis.

Central to Scout Venture’s thesis is the value of “differentiated tech,” which is not yet part of SOLO’s value proposition.

Ideally, he should have walked in knowing the key ingredients in Scout’s recipe for making money, and ready to articulate how his company fit that vision. That was a lesson he would take to the other appointments he already had lined up for later that week.

“You want to put the ball right down the middle of the fairway,” he said as he reflected on his pitch.

So did he think the meeting went well? Sowers invoked an observation from a buddy in the Green Berets (or was it Wayne Gretzky?): “You miss every shot you don’t take.”

“This isn’t a sniper game … you have to fire a lot of bullets to hit the market,” Sowers said. “But every meeting I get better.” 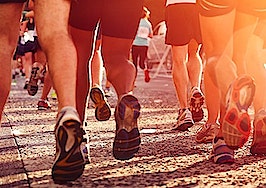 How real estate technology can 'catch up' with open APIs 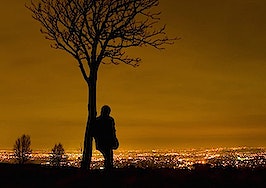 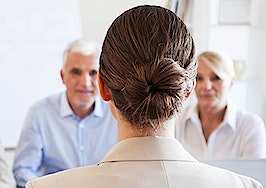 6 ways real estate brokers can recruit like a tech startup
Back to top
Only 3 days left to register for Inman Connect Las Vegas before prices go up! Don't miss the premier event for real estate pros.Register Now ×
Limited Time Offer: Get 1 year of Inman Select for $199SUBSCRIBE×
Inmanpot
Log in
If you created your account with Google or Facebook
Don't have an account?
Create an Account
Forgot your password?
No Problem