by Bill Tierney
You successfully shared the article.
Close

For anyone who has seen the “Harry Potter” films — and that is a lot of us — you might recall the scene when Harry Potter receives his invitation to Hogwarts School of Witchcraft and Wizardry. The invitations come in the home through every which way imaginable. This is a great allusion to my method: Don’t send only one letter to an expired listing and expect a call; send a bunch, fill the mailbox like Hogwarts.

I have chased expired listings and failed it in more ways than most can imagine. For all I knew, expired listings were the perfect niche to pursue — only, initially, it never accrued into something tangible. That is until the agreement on a friend’s home, in a market outside of my own, expired. What I saw was a plethora of poorly executed marketing. And I realized that I was guilty of the same mistake, I was a one-and-done marketer just like my peers. This was my “aha moment” in my expired listing campaign. I needed to stand out, and I could do just that via repetition. After all, I have read numerous articles about how direct mail needs repetition before it becomes active.

In my friend’s experience, he got a lot of “I am sorry your home didn’t sell” letters. This attempt was followed up by a rare few phone calls to the home, even though he is registered on the national “do not call” list. Of seven letters, only one sent a follow-up letter asking why he had not responded to the initial letter. This is when it hit me: Why not send expired mail like Hogwarts did to Harry Potter? Why not send a note to the expired, followed up by a schedule of postcards for weeks?

I decided that the expired listings in my area needed to receive a handwritten note from me. This note would ask why their home did not sell. And then I would send this list a series of postcards every two weeks for four months. I thought this was easy enough. This became the winning approach. But, it was a time suck.

After 12 years of Catholic school, I still had writing that could best be described as deplorable, so my handwritten notes were a chore. And then, I still had to gather the list of expired listings from my multiple listing service, find proper names and mailing addresses, write a note to them and then key them up for postcards. This was a great idea, but it sure filled up time I was rapidly losing to my new stable of listings, showings and closings.

The effects of leverage

I had my “aha moment” followed by success, followed by the ensuing trough of success — that is where one stops doing what created the success in the first place. Surely there had to be a way to leverage the success and create some consistency to the process.

I found a way to source the expired listings in a .CSV file daily. There is a company called Landvoice that provides a list of expired listings sorted to my criteria. This company was a time saver, and a time-leverage tool that became irreplaceable.

Next I found a way to recreate a “handwritten” note in bulk. I found YourFonts.com, which created a Microsoft Word font based on my individual handwriting. This allowed me to up my note card ability via the mail merge from the Landvoice CSV file.

Lastly, I was able to create a schedule of postcard mailings generated from my lists of expired listings. Those listings would receive postcards from me for the following four months, in a two-week cycle. I keep this in a simple spreadsheet. I was then able to leverage the discount that my broker gives me for each new listing by underwriting a percentage of the cards for new listings, as well as sold listings.

Using my broker’s prescribed vendor, Impact Marketing Specialists, I am able to create branded postcards that go out to my expired listing campaign that highlight my simple message, “I am sorry to see that your home did not sell. I have achieved success where others have failed. If you are thinking of placing your home back on the market. …”

For the past several years, I have found this to be a simple and highly effective campaign to run on a regular basis and grow my business. Let me know how it works for you.

Bill Tierney is Realtor in Cohasset, Massachusetts, with William Raveis Real Estate, the seventh-largest family-owned real estate company in the country. He uses the tagline “The Internet Savvy Agent,” as Bill is an avid believer in using today’s technology to improve the buyer/seller experience. 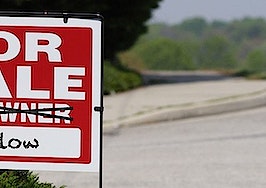 For sale by Zillow: Should you be worried? 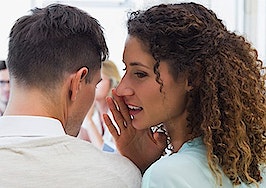 The rise of the off-market listing
Back to top
TODAY: Leaders from eXp, Corcoran, RE/MAX, The Agency, and more are speaking virtually at Connect Now. Listen or watch live + receive the replays.Register Now×
Agent Appreciation Sale: Inman Select for only $85.CLAIM OFFER×
Inmanpot
Log in
If you created your account with Google or Facebook
Don't have an account?
Create an Account
Forgot your password?
No Problem