After overtaking Trulia for the No. 2 portal slot in February, realtor.com cut deeper into Zillow’s sizable Web traffic lead in April, according to new data from Experian Marketing Services.

With the spring homebuying season entering its prime, traffic from desktop computers and mobile devices jumped 5.4 percent to all real estate sites in April from the previous month, but it sprung up most at realtor.com.

News Corp.’s digital real estate division — which includes Move Inc. (which News Corp. bought in November) and a large stake in the operator of the popular Australian portal realestate.com.au — saw a big year-over-year jump in revenue thanks to the Move acquisition, but the media conglomerate as a whole saw revenue dip 1 percent in the quarter from the year previous.

Profits for the firm were also down 52 percent in the quarter from a year ago, from $48 million to $23 million, a drop the firm attributed to a higher effective tax rate and lower earnings before interest, taxes, depreciation and amortization (EBITDA) from its divisions, among other factors.

Still, News Corp. has plans to further stoke the traffic fire with a new marketing campaign for the portal in the coming weeks, the media giant’s CEO, Robert Thomson, told investors on a conference call to discuss the firm’s third-quarter (fiscal year) earnings.

The new campaign will “(highlight) our crucial links to the industry, but also (stress) the real value and real results that come from realtor.com in real time,” Thomson said.

Zillow Group, realtor.com’s chief rival, launched a new national TV ad promoting Zillow in February as part of a 2015 consumer marketing campaign that will exceed $75 million, which is what it spent last year.

Thomson attributed some of the traffic success to the continuing integration of content from other News Corp.’s properties like The Wall Street Journal into the News & Advice section at realtor.com. Traffic to this area of the site took an annual leap of 600 percent in March, he noted.

Thomson also emphasized at the top of the call that realtor.com’s integration into News Corp.’s empire is “ahead of schedule.”

Move brought in $73 million in the quarter, News Corp. reported. Despite an EBITDA loss of $9 million for the firm, News Corp. Chief Financial Officer Bedi Singh said $11 million of that was related to stock-based compensation related to News Corp.’s acquisition of Move.

On a stand-alone basis, Singh noted that Move’s revenue had jumped 25 percent from the same quarter a year ago, led by realtor.com’s core broker and agent ad product, Connection for Co-Brokerage, which saw a 130 percent increase over that period. 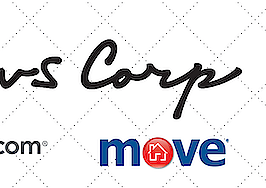 A first glimpse at how News Corp. will expand realtor.com’s reach 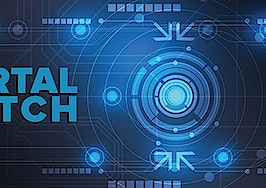 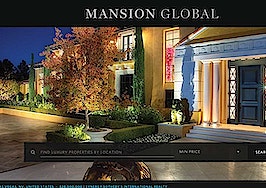 News Corp. launches luxury global real estate site, Mansion Global
Back to top
Only 3 days left to register for Inman Connect Las Vegas before prices go up! Don't miss the premier event for real estate pros.Register Now ×
Limited Time Offer: Get 1 year of Inman Select for $199SUBSCRIBE×
Inmanpot
Log in
If you created your account with Google or Facebook
Don't have an account?
Create an Account
Forgot your password?
No Problem