During the last dot-com boom of the late 1990s, Homestore.com CEO and early Internet schemer Stuart Wolff came up with a clever plan to gain favor with real estate brokers so he could get his hands on their real estate listings. One tactic was to give brokers stock options, enriching them when Homestore was booming. Would they really sell their own franchise (control of home listings) down the river for some stock? Many did.

The machine won; brokers lost. The Internet wizards took control of the brokers’ most prized asset, real estate listings, and did pretty much whatever they wanted for close to two decades.

Since then, the machine continued to win, as most brokers never figured out what to do with this thing called the Internet — much like newspapers lost a similar scrap with Craigslist. Suddenly, someone else — young, brash and smart kids — was controlling the fate of many established real estate companies and brands.

Other forces conspired against brokers. Their own trade group, the National Association of Realtors, made loyalties confusing with its hand in realtor.com, and MLS organizations were bumbling into the hands of smooth-talking tech entrepreneurs like Trulia and Zillow. Along the way, agents were figuring out powerful technology on their own, making them even more rogue and less responsive to brokers.

All of this happened as the real estate broker model was tested: higher costs, lower margins, bigger agent splits, heavy real estate overhead and a “great recession” that hit brokers like a drone attack on a kitten.

Technology was a head-scratcher for most brokers: They were still tinkering with branding their websites when the entire game moved to the cloud, to mobile, to big data and to competing agent ads on their listings. Technology has no mercy for those who hesitate, vacillate or sit around complaining and moping. Brokers did a lot of that, and so the machine was winning.

Finally, a group of brokers and franchises resolved to do something bigger and bolder — standing up to the machine and biting back.

They put together a nifty little agreement, co-opting their own trade group, NAR, with a way to save face on its struggling RPR investment in order to fund a $12 million investment in broker-controlled listings. The project is dubbed Upstream.

In a letter to its agents, Keller Williams CEO Chris Heller wrote that Upstream “was conceived to help agents get control of our data and listings. It’s a way for all listings to be input in one format and then distributed to MLSs and portals.”

I thought so before, but I am not so sure anymore. Some smart folks seem resolved to make this work.

And they should, because brokers are the weakest link in the value chain, struggling to carve out a proposition when agents can deploy easy-to-use software on their own, find consumers directly from the portals and command hefty commission splits from brokers, who are stuck with the overhead.

Increasingly, Zillow, Trulia and realtor.com are showing their cards: appeasing brokers but appealing directly to agents for the bulk of their ad revenue and to MLSs for listings.

Add the stiffer regulatory environment around joint ventures with lenders, and many brokers could be the first endangered species in the technology revolution in which software eats everyone who cannot show true value.

And a new generation of more agile and responsive indie brokers and teams are marching onto the battlefield who care less about industry ideology and more about the customer message and value proposition. They use the latest technology, they are a magnet for enterprising new agents and they seem to understand the next big surge in homebuying: the millennials.

But for now, brokers may have given themselves a tad more control of their destiny.

One big decision could turn Upstream into a debacle: not hiring an A-grade management team to deliver on the promise of the initiative. The industry is full of bureaucrats and gadflies who talk a good game, appealing to broker fears, but who are not qualified to build an enterprise, which this initiative will require.

The board of Upstream is committed to hiring world-class management, said broker-owner Mark McLaughlin, who is an Upstream board member and familiar with building a fast-growing company at Pacific Union in San Francisco.

Although Upstream may make sense for brokers who are scrambling to catch up to the antics of the machine, the entire effort begs important questions.

For one, does an industry packed with middlemen need another one?

In the future, the only middlemen who survive must show true value. And that value cannot just be about saving your own skin. Brokers have been trying that for the last 20 years, often unsuccessfully.

How do you think Upstream will affect the listing game? Do you plan to use it? 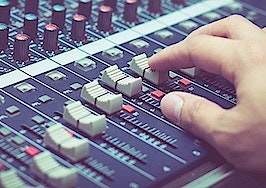 NAR approves up to $12M in funding for RPR-Upstream project
Back to top
Inman Connect Las Vegas Memorial Day sale starts now – exclusively for Select subscribers!Register Now ×
Limited Time Offer: Get 1 year of Inman Select for $199SUBSCRIBE×
Inmanpot
Log in
If you created your account with Google or Facebook
Don't have an account?
Create an Account
Forgot your password?
No Problem