WASHINGTON — The mysterious “Upstream” broker initiative is finally coming out of the closet and it’s doing so in a big way. UpstreamRE LLC and the 1 million-member National Association of Realtors have signed a letter of intent to form a partnership, pending approval from NAR’s board of directors on Saturday.

Upstream is a private database of various types of real estate-related information designed to give real estate practitioners control over the distribution and use of their data, according to Craig Cheatham, president and CEO of The Realty Alliance, a national large broker network that spearheaded the Upstream project.

The initiative will create a data entry and collection platform that will function as a middleman between real estate firms and the recipients of their data. This will change the flow of data, making Upstream the starting point. Currently, with few exceptions, the vast majority of MLSs are not set up to receive listing data from broker back-end systems.

Upstream is “deep into serious negotiations” with NAR, exploring ways that NAR subsidiary Realtors Property Resource (RPR) would support “key components” of Upstream, according to a blog post by WAV Group’s Victor Lund, a consultant for the project.

“It would make perfect sense for Upstream to leverage that Realtor member benefit to store and normalize listing records, agent records, office records, firm records, employee records and customer records. And, who knows what other significant synergies might real estate practitioners benefit from in the future as a result of this logical collaboration.”

Once NAR’s board approves the partnership, Upstream and NAR would sit down to work out exactly how it will work, Cheatham told Inman in an email. The initiative aims to create a “permanent high value benefit for Realtors,” he said.

“Building on RPR’s significant investment in data, technology and integrated member servicing operations over the past five years, Project Upstream aims to create a common back-end platform where brokers and franchises can enter and collect listing data, as well as manage how that data is integrated with their multiple listing services, vendors and other partners,” he said.

“Industry leaders have envisioned this concept for many years. Now is the time to execute on this vision.”

It is unclear at this point if this partnership with Upstream has anything to do with a potential pivot by RPR to offer MLSs back-end database services. NAR did not immediately respond to a request for comment.

Upstream is set to go “full throttle” sometime in 2016, though the exact launch date “will depend upon the final plan for what Upstream functionality ends up being provided by whom,” Cheatham said.

Cheatham first delivered an ominous-sounding warning to multiple listing services and Realtor associations concerning members’ grievances with a long list of MLS practices in early October 2013. Soon after, he said The Realty Alliance had voted to move forward with an unspecified “big initiative,” but until now, the group had declined to disclose any particulars.

“I’ll admit, it does feel great to be able to talk more about Upstream finally,” Cheatham said.

The idea behind Upstream is to give brokerages the ability to store and distribute any information they deal with, not just listings, he said. This includes information related to salespeople, employees, customers or clients, vendors, accounting and historical property data.

The platform will be especially helpful for any data that needs to be distributed to multiple places that previously had to be entered manually more than once, Cheatham said.

“Upstream always has been about making practitioners much more efficient in the handling of their data, thus lowering the cost, time and effort they spend,” he said.

Upstream’s “add/edit” function for listings will comply with MLS rules and autopopulate listings from public tax records, according to Lund.

When submitting listings to Upstream, brokers will also have to adhere to the latest data standards from the Real Estate Standards Organization (RESO). Currently, most MLSs do not have the ability to receive data from other entities, but that may change. All Realtor-affiliated MLSs must comply with certain RESO standards by Jan. 1, 2016 and June 30, 2016.

But Upstream does not seek to replace MLSs, according to Cheatham.

“Upstream is not an MLS or an MLS vendor, simply a way to enter data, store data, modify data and distribute data (even into one’s internal software or devices),” he said.

Managing cooperation and compensation between brokers is not a function of the project, he added. Upstream leaders assume all participants will continue to be members of MLSs.

Upstream will not have the authority to send anyone’s data anywhere or share it with anyone inside or outside Upstream, Cheatham said. Each brokerage will have a distribution dashboard where they will have to intentionally choose where to send their data and handle the licensing agreements that go with each choice.

Upstream has no public-facing component and will not offer IDX-like data aggregation. Broker participants will be able to see only their own firm’s data, controlled by the business rules the firm makes for itself, Cheatham said.

Should brokers wish to share data, they could work out an agreement between themselves and set up a license and business rules in the platform’s distribution dashboard, he added.

Nearly two dozen brokerages, franchisors and brokerage networks have helped develop the project, and most belong to the company’s initial board of managers. Supporters include:

These organizations did not purchase equity or votes. Founders paid their own expenses for all the travel to working meetings over the years, and other expenses, such as accounting, corporate filings, research, consulting and legal fees, were paid by founders with the intent that those would be treated as loans, Cheatham said.

The fee to join as a member of the LLC was set at just $100 in the hopes that cost would not be a barrier to even a one-person firm, he added. Members get to vote for board representatives. But if a company doesn’t want to vote, it doesn’t have to pay the fee and would be able to participate in Upstream by just paying the yet-to-be-determined ongoing operating or subscription fees, if any, Cheatham said.

Lund said the company will operate like a mutual benefit corporation and is not intended as a profit center.

When asked what the total cost to get the project off the ground would be, Cheatham said providers and costs should be nailed down this summer.

“[F]rom the beginning we’ve planned to utilize existing technologies and products, not reinvent the wheel, to keep costs to a minimum and shorten the time to launch,” he said.

“Only firms in the same third can vote for directors from that third of participants, so each firm size controls its own representation. Networks like The Realty Alliance and LeadingRE and franchisors like Keller Williams and Re/Max also get to select a limited number of seats.” Cheatham said. 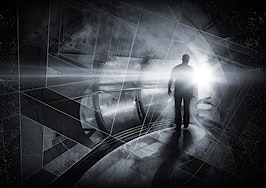 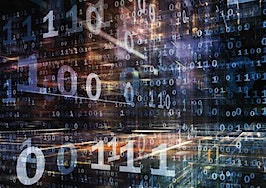 Zillow's next acquisition, RPR's pivot and a Green Beret's mission to shake up real estate
Back to top
Only 3 days left to register for Inman Connect Las Vegas before prices go up! Don't miss the premier event for real estate pros.Register Now ×
Limited Time Offer: Get 1 year of Inman Select for $199SUBSCRIBE×
Inmanpot
Log in
If you created your account with Google or Facebook
Don't have an account?
Create an Account
Forgot your password?
No Problem