At a star-studded event this week, the National Association of Realtors announced it is joining forces with the nonprofit Boys & Girls Clubs of America.

In addition to providing some polish to the Realtor image, the new partnership will serve two purposes: to encourage the trade group’s 1 million members to get involved in their community, and to help associations meet their required “core standards” to keep their Realtor charter.

NAR made the announcement at its Leadership Summit in Chicago and invited retired boxing pro and BGCA supporter Evander Holyfield to speak.

“The BGCA has been a special cause of NAR 2016 President Tom Salomone’s for many years, and as he prepares to take office, he wanted our members to join him in the cause to help transform children’s lives,” NAR spokeswoman Sara Wiskerchen told Inman in an email.

“Tom believes that Realtors and BGCA are integral to their communities and part of the fabric of America, and that working together next year the two groups can have a real impact on children in neighborhoods across the country.”

Wiskerchen also noted that BGCA’s structure of local clubs and governance mirrors that of the Realtor organization, and there are clubs and Realtor boards that serve virtually every area.

The partnership between NAR and BGCA doesn’t include a financial commitment at this point, but both organizations are contributing staff resources and in-kind services to make the relationship successful, she added.

Association participation in the BGCA partnership will help local associations fulfill the “consumer outreach” requirement of NAR’s minimum service standards for associations, known as the core standards. Their purpose is to “raise the bar” of professionalism for Realtor associations by ensuring that every association, no matter how small, is capable of providing certain services.

The core standards require that each association show it has executed at least four “meaningful consumer engagement activities” each year, such as:

At least one local association has already contributed funds to BGCA as part of the initiative: the Chicago Association of Realtors gave the organization a check for $10,000 at the summit, according to CAR CEO Ginger Downs.

Chicago is the 1st association to donate to the NAR Boys & Girls Club initiative with a $10K donation! Dan Wagner presented a check #narls15

But Wiskerchen noted that financial donations alone do not fulfill the requirement. NAR is encouraging associations to work with their local Boys & Girls Club to determine how the association and its members can best get involved.

Some examples include planning a cleanup day for the club, sponsoring a backpack drive to collect school supplies, or hosting a career day for teenagers, according to NAR’s website.

NAR adopted its core standards in May 2014, and the first deadline for compliance was June 30 of this year. The vast majority — 95 percent — of local, state and territorial associations have been certified as compliant with the standards, Wiskerchen said.

This appears to have been at least partially achieved through local association mergers and dissolutions (mostly mergers). Only five associations representing about 500 members total have dissolved since May 2014, but 157 associations — more than a tenth of all local associations — have been involved in 70 mergers during that time, according to an Inman analysis of NAR data. They represent an estimated 88,450 Realtors.

One of the smallest had 17 members: Coffeyville Board of Realtors, which after a five-board merger, is now part of the Southeast Kansas Association of Realtors with a grand total of 135 members.

There are now 1,243 local Realtor associations, down from about 1,360 before the core standards were enacted, according to NAR.

There are now 1,243 local Realtor associations, down from about 1,360 before the core standards.

The trade group doesn’t track the reasons behind mergers and dissolutions, but several associations Inman has previously contacted said the changes were due to a desire to comply with the new standards. Those who don’t comply risk expulsion from NAR. Some smaller associations have bristled under the NAR mandates, lamenting erosion of their independence.

“Eventually, associations that have not been certified compliant will receive notices that the charter revocation process has begun and then they have 30 days to appeal the determination of noncompliance,” Wiskerchen said.

Associations must meet the core standards by June 30 annually. 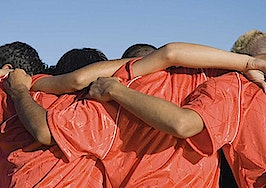 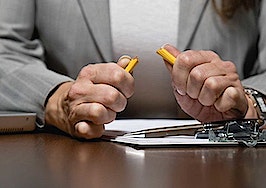 Small associations bristle under NAR mandates
Back to top
Only 3 days left to register for Inman Connect Las Vegas before prices go up! Don't miss the premier event for real estate pros.Register Now ×
Limited Time Offer: Get 1 year of Inman Select for $199SUBSCRIBE×
Inmanpot
Log in
If you created your account with Google or Facebook
Don't have an account?
Create an Account
Forgot your password?
No Problem