Many experts have argued that affordability, student loans or fear of being tied down are the primary reasons millennials are not buying homes. The real reasons, however, might be quite different from what the conventional wisdom suggests.

The reasons millennials aren’t buying might be different from what conventional wisdom suggests.

Although many people believe that millennials don’t want to be tied down with a home, a recent Redfin study indicates otherwise.

According to Nela Richardson, the chief economist at Redfin, “92 percent of millennials who don’t own a home say they plan to buy in the next four years.”

Richardson believes the big driver for homeownership is having children. In fact, the Redfin survey showed that 38 percent of U.S. millennials said they would, or have, put off a wedding or honeymoon to afford to buy a home. As Richardson says, “Mortgages before marriage.”

So what is keeping millennials from entering the housing market? Here are the factors at play:

Student loans: not the real issue

A study from TransUnion found that student loan impact on rates of millennial homeownership might be overblown.

Student loan impact on rates of millennial homeownership might be overblown.

“Despite an unprecedented rise in student loan balances over the past decade, a new TransUnion study found that student loan obligations do not inhibit younger consumers’ ability to access and repay other consumer credit categories such as auto loans and mortgage compared to peers without student loans.”

According to Charlie Wise, vice president of TransUnion’s Innovation Solutions Group and co-author of the study, “About 50 percent of people aged 18 to 29 have credit scores that qualify them as nonprime borrowers — a percentage that has been steady since 2005.

“What has changed is lending standards, which became stricter in the aftermath of the recession.”

A study from Credit Karma (based on a sample of over a million of their members), reported that consumers between the ages of 18 and 34 have an average credit score of 624, just four points above the minimum credit score of 620 to obtain a loan. Scores of 720-plus are required to obtain the best rates and terms.

Millennials don’t know how to start

A study from ZeroHedge.com concluded, “While we were certainly not surprised to learn that excessive student loan and credit card debt were responsible for keeping many of America’s youth from buying their first home, we were surprised to discover that for millennials in around one-third of U.S. states, the chief impediment is apparently ‘not knowing how to start.'”

The Harvard Joint Center for Housing Studies recently estimated that about 50 percent of the 25- to 34-year-old renters in the top 85 metropolitan areas have the income and credit scores to qualify for a mortgage today. That’s approximately 5.5 million renter households!

Approximately 5.5 million renter households are qualified for a mortgage today.

So how come they’re not in the market? According to Freddie Mac’s Christina Boyle, the reason is that they are misinformed about the amount of the required down payment.

“Consumers persistently overestimate the size of a down payment they need in order to finance a home, and this lack of education is harming the housing market … Specifically, 38 percent of the 25- to 29-year-olds, and 42 percent of the 30- to 34-year-olds said lenders demand down payments of 15 percent.”

Rob Chrane, the founder and CEO of DownPaymentResource.com, recently hit on what might be the most important reason millennials are hanging back from purchasing their first home: their fear of rejection.

The reason millennials aren’t purchasing their first home — their fear of rejection.

Many millennials were raised in an environment where everyone wins. Because of that, most are reluctant to engage in situations or activities where they might experience rejection.

Furthermore, unlike the Gen Xers and the baby boomers who saw huge runups in their real estate values, many millennials watched their parents struggle with their house payments or even experienced losing their home in the last downturn.

Combine all these factors together with the lack of inventory, tight lending standards and millennials’ misconceptions about the amount of down payment that is required to purchase, and you have a potent combination that has resulted in reluctance to buy.

To understand the magnitude of this challenge, Chrane used the Harvard JCHS study to project how many millennials in several of the country’s major metropolitan areas could qualify to buy a home today. The results are staggering:

There is a gold mine for agents who are willing to put the time in to convert these renters into first-time homeowners.

If you want to know more about how to tap into this lucrative market, see Part 2 next week, “How to feed the first-time buyer pipeline.” 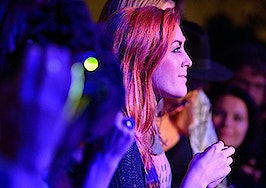 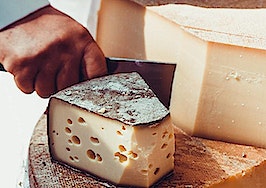 If you want this deal, cut your commission 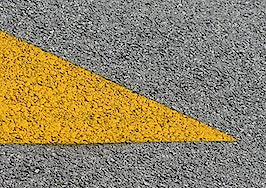