Since launching in 2013, Compass has already expanded out of New York City’s Manhattan into Washington, D.C., Miami and Brooklyn, New York, and is “actively exploring” opportunities to set up shop in markets including Atlanta, Chicago, Dallas, Houston, the Hamptons, Los Angeles, Philadelphia, Phoenix, San Diego, San Francisco and Seattle.

Compass’ recent $50 million funding round, which valued the company at $800 million, will help fuel this expansion effort. 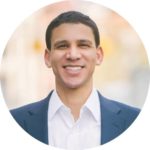 Fresh off a $50M funding round, Compass is setting up shop in Boston

Compass appears to have opted for the second approach in its push into Boston. Defecting from the local brokerage Otis & Ahearn, Jeannemarie Conley will help run Compass’ Boston office as managing director. She’s notched more than $200 million in sales, including a $12.5 million condo sale, hailed by Compass as the “highest priced residential sale statewide in 2012,” according to Compass.

Compass claims to provide proprietary technology that helps its agents save time “by reducing reliance on multiple platforms.” Reffkin has told Inman that examples of this technology include:

“We are confident that Boston’s real estate leaders and consumers alike will find that working with our mobile-first technology eliminates many obstacles, resulting in a faster, easier and more efficient home-buying experience,” Reffkin said in a statement.

Compass has said it envisions bringing market intelligence to players across the real estate value chain, including mortgage bankers, real estate developers and investors and actuaries. The firm has also said it might consider licensing its technology to brokerages in markets outside of its coverage.

The Ultra Wealthy are on the move - Who's on their map? 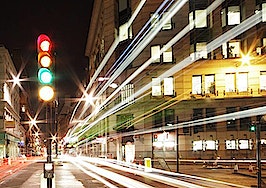 High-tech brokerage valued at $800M in latest funding round: sources

100 percent commission offer, national expansion and $50M in new funding
Back to top
Only 3 days left to register for Inman Connect Las Vegas before prices go up! Don't miss the premier event for real estate pros.Register Now ×
Limited Time Offer: Get 1 year of Inman Select for $199SUBSCRIBE×
Inmanpot
Log in
If you created your account with Google or Facebook
Don't have an account?
Create an Account
Forgot your password?
No Problem