Trying as always to grasp the present, it seems to me the financial markets today reflect a world wandering through an odd passage. Not aimless (plenty of people have aims … too many), but without direction in two senses: not headed anywhere in particular, and certainly not led by anybody greatly worth following.

Trying as always to grasp the present, it seems to me the financial markets today reflect a world wandering through an odd passage. Not aimless (plenty of people have aims … too many), but without direction in two senses: not headed anywhere in particular, and certainly not led by anybody greatly worth following.

The financial markets are preoccupied with Fed leadership in the absence of any other. Recent Treasury Secretaries have been a collective void (back to Rubin in 2000), while Congresses and White Houses have been committed to fruitless disagreement.

The Fed has been pressed forward too far, doing the best it can to describe its response to an estimated future economy. Today’s employment report is Fed-confounding. Job growth may have decelerated from the 200,000-monthly range to 150,000, or may be distorted by seasonal adjustments. Unemployment near 5% may soon produce wage-paying competition among employers, but has not — which should embarrass Fed forecasters into alternate thinking, but has not.

The stock market has no idea what to do, declining for months because earnings are falling. Early today the Dow went down 250 points because the jobs data says the economy has slowed, then back up 200 because the slowing may hold the Fed at bay.

The bond market has held in contempt all of the Fed’s threats, long-term rates herkily-jerkily dropping since July. The 10-year T-note is now below 2.00 percent, and mortgages back in the threes. But is that bond-buying because of U.S. weakness, or overseas fear and foreign money coming here?

Vladimir’s new adventure is disturbing, although it’s hard to see how even he can add to Middle East instability. Europe is giving new and transcendent meaning to “passive.” China? Who knows if they don’t? The emerging world is again submerging in debt as its exuberant horizon re-recedes.

This week, it’s John Williams’ turn. He is Yellen’s replacement as president of the important San Francisco Fed (the regionals reflect 1912 America, the Frisco Fed the only one of twelve west of Dallas), a dove and in Yellen’s policy camp. He gave a speech last Monday, and he was so impressed that he gave it again Thursday.

One part is fun, applicable to our directionless world: “British Prime Minister Harold Macmillan said when asked what worried him most: ‘Events, dear boy, events.’”

Williams’ concluding paragraphs are important, frightening and overlooked (with all self-caution about allegedly unique discoveries). His thread follows similar lines from Rosengren (Boston), Dudley (NY), the Fed staff and Yellen herself, but in stark and oblivious language. Relative to reasonable understanding of our economy today, professional and civilian alike, a complete, staggering Looney Tune.

Williams is worried about a bubble: “… High asset prices, especially in real estate … the house price-to-rent ratio is where it was in 2003, and house prices are rapidly rising.” Sir, um… you are the only person in or out of authority to see this bubble.

Then, “… What we want to see is an economy that’s growing at a steady pace of around 2 percent. If jobs and growth kept the same pace as last year, we would seriously overshoot our mark … it’s actually desirable, that the pace is slowing.”

Imagine in a current debate among presidential aspirants, either party, or next year for Congress, or a governorship, or County Coroner … a candidate saying that we need to cut job growth in half. That person would never be heard from again. But that’s what the Fed intends. Isolation does funny things to people.

The bond market is trading as though expecting the U.S. to slow, and any “normalizing” by the Fed to knock it over. If the Fed internally — the doves! — is on Williams’ track, better they be silent, and after tightening go outside only when wearing Groucho Marx eyeglasses, eyebrows and nose. 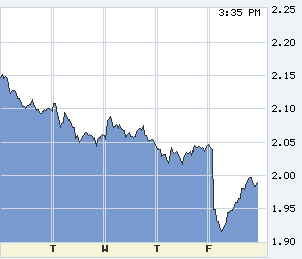 10-year T-note, last week. The drift down is clear, as is fading overreaction to the employment report. 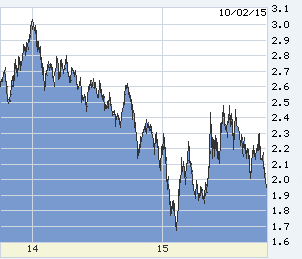 10-year T-note, last two years. “Technical” traders will see a return to the 1.90 percent area, maybe prolonged and then testing the all-time lows. 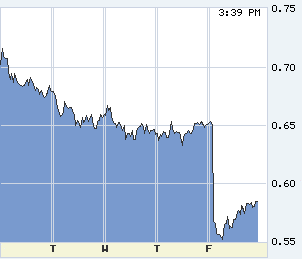 2-year T-note, last week. These traders are the best of the Fed-watchers, and today was more decisive for them than 10s. 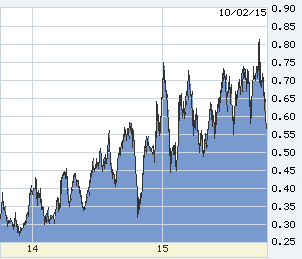 2-year T-note, last two years. This week was a trend-breaker — a perfect ascension of bottoms clear back into 2013… broken. Among other things suggesting that if the Fed does begin an upward march, it will soon about-face. 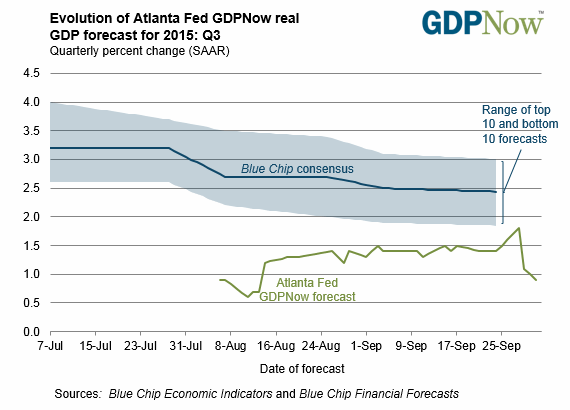 The Atlanta Fed’s GDP Tracker has been extraordinarily accurate. The newest computation showed a weak trend before the poor data in the first two days of October. Third-quarter GDP is going to be sub-1 percent, and maybe worse than that via inventory and trade adjustments

Markets do matter to the Fed, but centrality changes from time to time

Reading between the lines of Fed Chair Janet Yellen's latest speech
Back to top
Only 3 days left to register for Inman Connect Las Vegas before prices go up! Don't miss the premier event for real estate pros.Register Now ×
Limited Time Offer: Get 1 year of Inman Select for $199SUBSCRIBE×
Inmanpot
Log in
If you created your account with Google or Facebook
Don't have an account?
Create an Account
Forgot your password?
No Problem