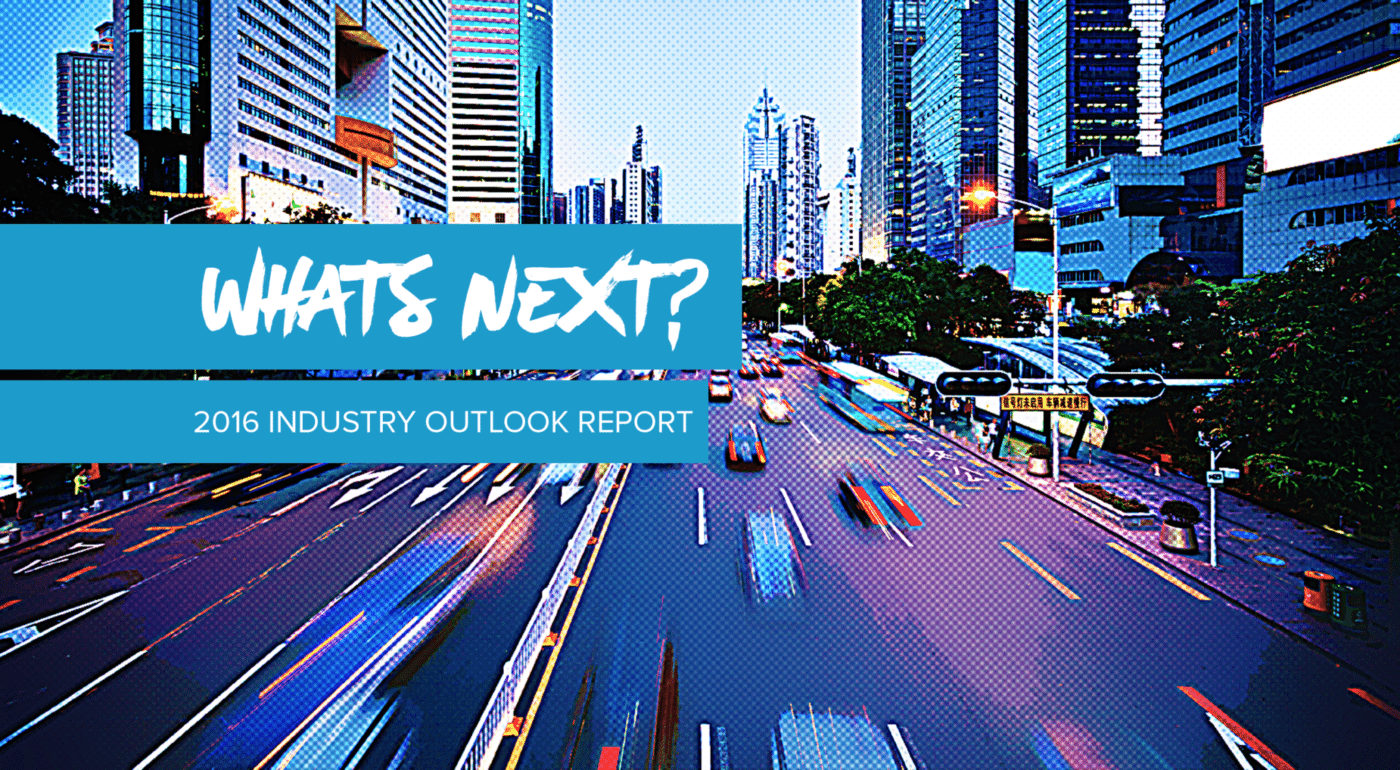 The real estate industry is bullish going into 2016, according to an Inman survey of its readers. With economic and housing market signs pointing up, the vast majority of the 163 respondents are optimistic about the economy, the housing market and their own success this coming year.

This confident mood is pervasive despite a general sentiment that interest rates will move higher and that global events are uncertain and even threatening.

And we will cover all of these issues and more at Inman Connect New York later this month.

Learn what’s next in real estate
Register now for ICNY

Are you optimistic about the 2016 economy?

Sixty-six percent surveyed said they are either extremely or somewhat optimistic about the US economy.

One respondent said, “with everything going on, I am just not sure what will happen in 2016.”

Are you optimistic about the 2016 housing market?

Predictions about the housing market in 2016 are equally bullish, with 30 percent extremely optimistic and 42 percent somewhat optimistic. Only 6 percent are somewhat or extremely pessimistic.

What accounts for this optimism? One respondent explained it this way, “After being somewhat reserved in my optimism in 2015, I do believe that 2016 will be very good. If interest rates continue to be under 6 percent, shadow inventory remains low and in check, unemployment remains under 10 percent, local economies continue to strengthen, and inventory is adequate, consumers will have the confidence to get off the fence and make their moves in purchasing and selling.”

Are you optimistic about your 2016 success?

Personal confidence in their own success was extremely high. Almost 70 percent of respondents were extremely optimistic, and 23 percent were somewhat optimistic.

One respondent said, “new tools make it easier to be successful these days.”

Many shared the sentiment of one respondent, who said, “I have the experience to navigate through change.”

That effusive spirit is generally the attitude of many commissioned real estate professionals, who often have only their positive attitude to persevere through the ups and downs of the industry.

Are you planning to expand, contract or maintain your business in 2016?

With that confidence, the vast majority of those surveyed plan to expand their business in 2016.

Spread across the United States, respondents offered a litany of issues that they were concerned with, including terrorism, competition, big upticks in interest rates, shortage of inventory, a slowdown in home price appreciation and their own personal quality of life.

The responses were almost an equal mix of the externalities that respondents cannot control — like global unrest — and the ability to execute personal business plans.

“Sometimes I get overwhelmed with all I must do to be successful,” said one respondent.

Others were philosophical: “I’m worried that people will get so caught up in the continuous rush of negative news that they forget how to be human beings to each other (and they forget all the amazing attributes of being human, including empathy and forgiveness).”

Global events are not lost on the respondents, with 64 percent fretting “a little bit” about these issues and almost 20 percent worrying a lot.

“Because real estate is no longer local, it is global. When I entered real estate in 1989 it was all about selling a home in a specific neighborhood. Now the events in the Middle East, international oil prices and the economic downturn in China among other factors now affects my market,” said one respondent.

Said another way, “I feel that everything that happens globally affects everyone. I feel this way because technology has made our world a very small place and as a result, news travels faster.”

Others tried to put global events in perspective. “It’s good to be concerned and educated about these events, but I’m not going to waste time on things I can’t change.”

Those surveyed were realistic about where interest rates are headed.

A vast majority of respondents believe interest rates will go up, while almost 30 percent did not expect them to “move noticeably either way.”

Will unit sales go up or down in your market?

There are high expectations that were be more home sales in 2016, and respondents were even more optimistic that home prices will continue to rise over the course of the next year.

Will home prices appreciate in your market in 2016?

Will agents be more productive in 2016?

The majority of those survey expect agents to be more productive in the coming year. Almost 70 percent leaned toward productivity and gave technology the nod as to why.

“More agents are being introduced to technology tools and services to help make their business more efficient,” said one of those surveyed.

“There are more and more off-the-shelf tools available to agents to increase their productivity and move the bar of top producers and their teams from an average of 7-10 transactions a month to 10-15,” said another.

And to do so, agents must invest.

“Only agents who invest in their marketing and lead generation will see increases in production.”

Productivity is also related to how agents organized their business, how focused they are, what they emphasize in their business and the the more active role consumers play in the transaction.

“I think agents are focusing more and more on working smarter, not harder. I think the increasing abilities of the consumer to be able to do things by themselves in the housing market challenges agents to prove their worth, and thus will make them more productive.”

To keep up, agents must restructure how they work. Part of this shift is driven by change as more agents give up working solo and begin to work in teams or even move away from the business.

However, some of those surveyed emphasized traditional approaches to the business.

“I think many agents are too focused on the wrong things: leads and funnels, rather than relationships. This will be a year of transition for many realtors. Some will get out of the industry, others will learn to adapt, but the adaptation will take time.”

Others predict an industry shakeout:

What will be the biggest source of real estate leads in 2016?

What will be your biggest challenge in 2016?

Market conditions, recruitment, technology adoption, lead generation and training are identified as the biggest challenges for many agents. But the challenges of this very diverse and fragmented industry are many.

The most frequently identified challenges are below:

Will the Broker Public Portal be launched in 2016?

Those surveyed did not have many strong opinions about insider industry issues, like the Broker Public Portal or the Upstream project — nearly 20 percent were not familiar with these big broker initiatives.

Only 10 percent said they thought the Broker Public Portal would get off the ground this year, 22 percent said it would not, and half of those surveyed were not sure.

Will Upstream be launched in 2016?

Upstream followed more or less the same sentiment as the Broker Public Portal, with 20 percent expecting it to be launched this year, 20 percent saying it would not and 41 percent unsure.

What are your technology predictions for 2016?

Inman readers have an interesting and diverse view of technology and what role it will play in real estate. Here is a cross-section of predictions (and frustrations):

Klara Madlin and Ann Ferguson on what's next in 2016