by Melinda Goodwin
Share this article
You successfully shared the article.
Close

The idea of “expanding one’s network” leaves a little bit of a sour taste in my mouth, and I want to tell you why.

Let’s face it: not everyone is out there to build relationships. They are there because they need more clients, and they want your money.

Let’s face it: not everyone is out there to build relationships.

I admit that is why I started going to networking events. After a few years of attending several meetings, I realized that it was not working for me. I was not getting referrals from any of the groups. So, lately I decided to assess what it was that I truly wanted.

Part of my campaign No. 1 — getting new clients — is networking. I put in my marketing plan that I will network two to four hours a week.

Here is how I do my networking:

Just this week, an older gentleman who happens to be an artist in our local community called me and said, “I want to meet with you and talk real estate.”

“OK, Starbucks?” I replied. I agreed to meet him at Starbucks, a very public place.

When I arrived at Starbucks there was a group of older men sitting around a table talking. My mind immediately flashed to the show “Friends” and Central Perk, where Jennifer Aniston and her friends meet.

I was a little early, so it was amusing to watch and listen to some guys talk from a distance.

The man I was meeting showed up and immediately went to the group and started chatting with them. He turned to me and asked me to join them.

He then — get this — introduced me to his group of friends as his real estate agent. Come to find out, it was a group of five retired engineers.

I sat there for over two hours listening and talking marketing, my ideas in real estate, their ideas of government, World War II, grandkids, kids — everything. Of course, I took notes.

Not once did I give out my business card or ask for business.

Not once did I give out my business card or ask for business.

They are there to talk. They learned my value in our conversations. They will refer people to me because they know my values in a non-sales, networking and friendship-building context.

Of course, I am going back on Monday.

You can watch more video’s on marketing for real estate agents on my YouTube. 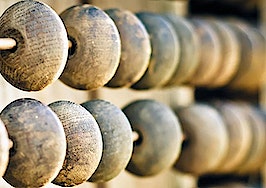 How to determine luxury price point 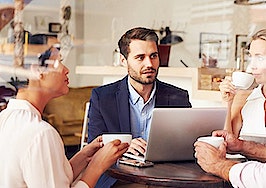 5 steps to a fabulous consultation 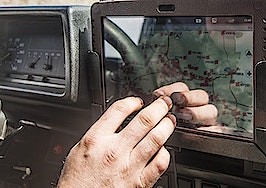 How to develop a marketing program for agents 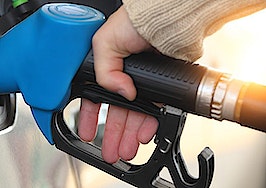 How to fill your target market gap
Back to top
Only 3 days left to register for Inman Connect Las Vegas before prices go up! Don't miss the premier event for real estate pros.Register Now ×
Limited Time Offer: Get 1 year of Inman Select for $199SUBSCRIBE×
Inmanpot
Log in
If you created your account with Google or Facebook
Don't have an account?
Create an Account
Forgot your password?
No Problem