You should choose an agent based on how good they are at selling homes, not because they’re your mom’s friend.

That’s a gospel that OpenHouse (formerly AgentAce), an agent-matching and listing search service, has been preaching since it began pairing consumers with agents based on their transaction history more than two years ago.

On that front, Santa Monica, California-based OpenHouse has just notched another win by adding NerdWallet — a personal finance information service that’s purportedly visited by more than 3 million users a month — to the list of websites that have adopted OpenHouse’s agent-matching technology.

As part of OpenHouse’s partnership with NerdWallet, NerdWallet now prominently links to an agent-matching tool powered by OpenHouse’s “AgentAce” technology through an “Agent Consultation” tile that appears on NerdWallet’s mortgage guide.

The new “Agent Consultation” tile that appears on NerdWallet’s mortgage guide will link to an agent-matching tool powered by OpenHouse.

Do you approve of how NerdWallet now matches agents with consumers?

In return, OpenHouse will integrate NerdWallet’s mortgage calculator into its home search app and website. OpenHouse’s search services are geared towards helping consumers discover homes based on their lifestyle and what they would like in a neighborhood, rather than just home price and number of bedrooms and bathrooms. And listing pages incorporate OpenHouse’s agent-matching tool.

“We’re excited to partner with OpenHouse — now, our users can find a great real estate agent without ever leaving our site, and OpenHouse’s users have new tools to help them in their home buying journey,” said Chris Ling, mortgage manager at NerdWallet, in a statement.

“The recommendation is always objective and unbiased, making it superior to traditional word-of-mouth recommendations or agent advertisements,” OpenHouse said in a statement.

The startup co-lists sellers and co-represents buyers with agents, pocketing a slice of the commission earned by agents who close deals with consumers referred by the company.

In announcing the rebrand, OpenHouse also revealed that it had closed a $13.5 million Series A funding round, bringing its total funding to just shy of $20 million.

Like agent search technology provided by Google-backed HomeLight and Zillow, OpenHouse lets consumers lock onto agents based on their transaction histories. But unlike those firms, it doesn’t reveal the identity of agents it recommends to consumers until consumers express a desire to initiate contact. 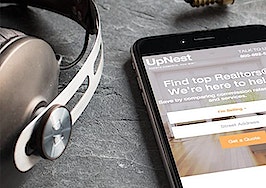 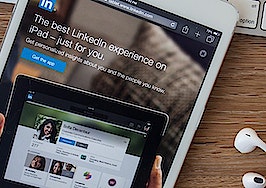 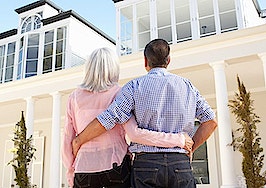 Agent and property-matching app packs serious firepower
Back to top
Only 3 days left to register for Inman Connect Las Vegas before prices go up! Don't miss the premier event for real estate pros.Register Now ×
Limited Time Offer: Get 1 year of Inman Select for $199SUBSCRIBE×
Inmanpot
Log in
If you created your account with Google or Facebook
Don't have an account?
Create an Account
Forgot your password?
No Problem