by Kevin Aschman
Share this article
You successfully shared the article.
Close

The 2016 Super Bowl has now reached the half-century mark and secured its status as a cultural icon and de facto American holiday. To be held at Levi’s Stadium, the most “wired-up” facility in the NFL, the venue is just outside of San Francisco in Silicon Valley.

The contest, between the Denver Broncos and Carolina Panthers, and the locale represent a synthesis of tradition and innovation. Just as in real estate, football shows the need for both, each providing compelling returns.

No matter whether those returns come on investments or kickoffs.

Denver is, strictly speaking, the younger city — starting its life as a mining town in the 1850s, and coming into its own with a railroad line in the 1870s.

Charlotte — where Carolina’s Panthers play — goes back to Colonial times. Its streets were initially laid out a century earlier in the 1770s, and locals fomented an early declaration of independence from Britain and contributed to what would become the Revolutionary War.

When it comes to playing the game of football or investing in booming neighborhoods, Charlotte is the younger place, and its spirit of revolution is still intact.

Both cities, like their Super Bowl host, are technology hubs — Charlotte is also the nation’s second-largest banking center and home to Bank of America.

Charlotte and Denver, like their Super Bowl host, are technology hubs

On the football side, Denver was a charter member of the old American Football League (AFL), going back to 1960. The Panthers didn’t exist until the mid-1990s as an expansion team.

But the Panthers are favored to topple the old order, led by electric young quarterback Cam Newton, who the NFL’s website describes as “a smile-wearing, dab-doing, touchdown-throwing, touchdown-running, team-leading, football-giving, fox-tail wearing cat,” as well as the league’s best player.

Leading the Broncos is durable Peyton Manning, also storied and in the twilight of his career. Sports website SB Nation encapsulates the match-up, saying “If you have a grumpy aristocratic engineer on one side, you also have a preternaturally talented, exuberant and young man of the people on the other side.”

Much like their respective real estate markets, Denver shows that same durability, with a team that’s clocked eight Super Bowl appearances — tied for the most ever — and a market that Denver’s own NBC outlet describes as “more of the same, only different.”

Denver is durable in RE and football, with a team that’s clocked eight Super Bowl appearances.

But it’s a good same if you’re invested there: the average sale price of family homes is “up approximately 11 percent over the course of the year. This number is not limited to Denver proper but rather encompasses all of the greater Denver metropolitan areas.”

That slow and steady approach is part of the reason that Patch of Land has so far funded seven different properties in the Denver metropolitan area.

In contrast, the Panthers have the “hot hand” on the way up, with rather astonishing potential ahead of them. Similarly, as a real estate market, Charlotte makes realtor.com’s list of “The top 10 real estate markets to watch in 2016” for reasons that include surging demand attributed to growing households, a solid job market and low unemployment rates plus key demographics.

Charlotte makes realtor.com’s list of ‘The top 10 real estate markets to watch in 2016.’

Among those demographics? Both those in Cam Newton’s age range — older millennials, 25-34 years old and younger Gen Xers in Manning’s 35-44 year bracket — which turns out to be not so young if you’re a franchise quarterback taking repeated hits from 300-pound linemen each weekend.

Interestingly, realtor.com also says “Many of the markets that have consistently made our ‘hot list’ because of high demand from buyers, and quick sales didn’t make the cut for 2016 because they are predicted to see slower price appreciation and even declining sales.”

Among these places? Well, Dallas is listed, and so are Denver and San Francisco — that same metro area playing host to 2016 Super Bowl.

The last time a Super Bowl was in Silicon Valley, no one checked email or messages on their phones — because their phones were still hard-wired to their walls back home. That was in January 1985, when Stanford hosted those same hometown 49ers — in the Joe Montana era — in a victory over the Miami Dolphins.

Although this was also a year after Apple’s own infamous Super Bowl commercial, which hinted at walls that would eventually be torn down.

A generation or two later, the Bowl returns with a team that didn’t even exist back then.

And now that their phones have been liberated from all those walls, people can take selfies at their tailgate party, trash talk over tweets or even use them to invest in the steady-as-she-goes Denver market or the hot-and-getting-hotter Charlotte area.

Whether it be the Broncos or Panthers who emerge victorious on Super Bowl Sunday, it appears both real estate markets will continue to win throughout 2016.

Charlotte or Denver? Who knows? But both real estate markets will continue to win in 2016. 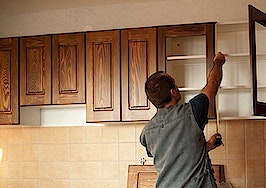 Should I buy an out-of-state investment property? 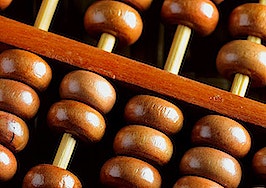 3 numbers you must memorize for real estate investing 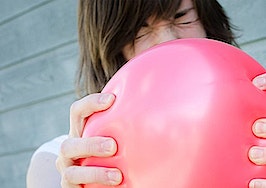 Will real estate's fintech boom go bust in 2016?
Back to top
Only 3 days left to register for Inman Connect Las Vegas before prices go up! Don't miss the premier event for real estate pros.Register Now ×
Limited Time Offer: Get 1 year of Inman Select for $199SUBSCRIBE×
Inmanpot
Log in
If you created your account with Google or Facebook
Don't have an account?
Create an Account
Forgot your password?
No Problem