Whether old or young, knowledgeable or not, familiar with the U.S. or not, when speaking of New York, the following words come to the mind of Chinese: “prosperous,” “fashion” and “dynamic.”

The prestige of New York makes its cold winters seem negligible and high real estate price reasonable. This is different from other cities in the U.S., where typically only those Chinese individuals who are familiar with the city would know about the area’s advantages and challenges.

The widely recognized splendor of New York makes a real estate investment in New York a trophy investment in the eyes of Chinese people. Owning a property in New York is gaining “face” in front of their friends and relatives.

International Chinese buyers are very interested in buying New York real estate. According to Real Capital Analytics, Chinese investment in Manhattan real estate reached $4.4 billion in December 2015, up from $645 million in 2014. And looking at what is happening with the stock market in China again now, this number probably will be much higher in 2016.

Inman is hosting a brand-new event in April to help teach agents and brokers more about international luxury buyers.

For international Chinese buyers, New York can certainly be tagged as a financial center. It is known to be much more, though. It has a diverse set of businesses, and it is known as a tourist destination and a mecca for cultural events, and this diversification enhances New York’s international reputation.

Most Chinese people understand well why the Big Apple is a “safe haven” for investments. Especially after China’s stock market plunged more than 6 percent on Jan 26 and declined about 20 percent compared to December last year, we have seen many more inquiries for New York City.

New York is one of the best locations in the world for Chinese buyers.

The high volatility of stock market and the bubble of Chinese real estate market is pushing international Chinese buyers to seek other investment options to preserve wealth. Overseas real estate investment becomes an increasingly popular option. When it comes to buying a property, the old real estate saying holds true — it’s all about “location, location, location.” And New York is one of the best locations in the world for them.

Manhattan — the pearl of New York

Manhattan is certainly the pearl of New York. Chinese citizens who have been accustomed to the idea that urban areas full of skyscrapers are more upscale than quiet suburban areas can easily imagine and understand the importance and unique charm of Manhattan. They speak of Times Square, Soho, Empire State Building, Unites Nations and Fifth Avenue as if they were born in the city.

Chinese looking to buy real estate in Manhattan will do it mostly for investment purposes. Many of them may never live in those apartments. If they are looking to buy a house in New York to live in, they may often look further away (for example, Long Island or New Jersey) where they can buy a house with more space and close to many excellent school districts. Overseas Chinese buyers place school district in high priority when buying homes in the U.S.

How do they learn about New York?

Now Chinese are learning much more about specific areas in New York, the local neighborhood, and the development plans of the City in the future. This familiarity promotes real estate sales to Chinese further, whether it’s the new construction project itself or second-hand properties that are being sold close by.

Many overseas Chinese are visiting New York during Chinese New Year holidays. While some of them have familiarity with New York, our member agents have shown overseas Chinese buyers both brand-new construction as well as second-hand houses and across the different areas in New York City — a tailor-made approach for Chinese buyers. 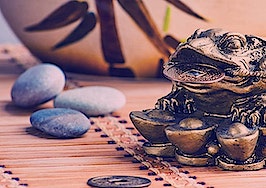 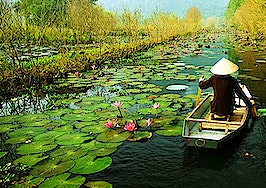 What Chinese buyers want when house-hunting in the US 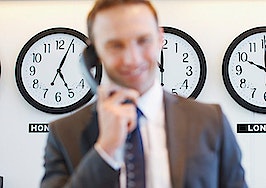 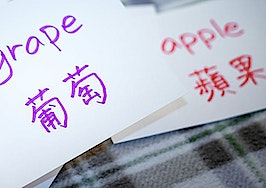 8 important sentences to welcome Chinese buyers
Back to top
Thousands of real estate pros joined us virtually yesterday for Connect Now and you can access the replays with a 2022 bundle.Access Now×
Agent Appreciation Sale: Inman Select for only $85.CLAIM OFFER×
Inmanpot
Log in
If you created your account with Google or Facebook
Don't have an account?
Create an Account
Forgot your password?
No Problem