China surpassed Canada as the foreign country that spends the most on residential properties in the U.S.; Chinese buyers comprise 16 percent of international homebuyers.

According to the 2015 Profile of International Home-buying Activity published by the National Association of Realtors (NAR), Chinese buyers spent an estimated $28.6 billion on residential U.S. real estate.

Impressive numbers, but what do these Chinese buyers look for when shopping for a house? What type of house do they prefer? Do they like a house at the end of the street, close proximity to a hospital, a sloped or flat backyard, a bathroom facing the entrance, and so on?

These are key questions that agents need to know to sell to Chinese buyers. Understanding feng shui will help in answering these questions.

Better Homes and Gardens Real Estate and the Asian Real Estate Association of America (AREAA) conducted a survey and released their findings. It turns out feng shui is the second-most important consideration, only behind neighborhood safety, for Chinese buyers.

Feng shui is the second-most important factor for Chinese buyers — behind neighborhood safety.

Of survey respondents, 86 percent stated feng shui will play a role in future home-buying decisions; 79 percent are willing to invest more for a home that incorporates feng shui principles.

Respondents are willing to pay an average of 16 percent more for a home that complies with feng shui philosophies; 90 percent of Chinese-Americans believe implementing its principles increases a home’s resale value.

36% of Chinese buyers said they wouldn’t even work with an agent who doesn’t know feng shui.

Feng shui is a centuries-old philosophy that originated in China. It’s composed of two Chinese words: feng (wind) and shui (water), two of the most basic elements for human survival.

Chinese people believe good feng shui of a home has positive energy, and it will bring health, wealth and good luck to the owner.

Below are some examples of deal-breakers that go against feng shui and the reasoning behind those principles:

There are also some good feng shui features of a property:

Having knowledge of these feng shui principles would greatly assist in dealing with Chinese homebuyers.

Knowledge of feng shui principles would greatly assist you in working with Chinese homebuyers. 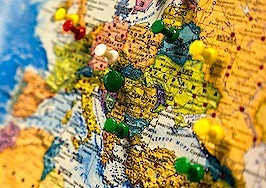 3 tips to increase your sales to international buyers 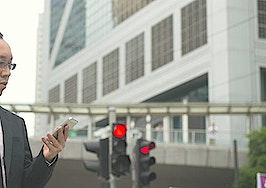 Nobody believes the Fed will be aggressive (except its bird-brained hawks)
Back to top
Invest in yourself and your business by attending Inman Connect New York in January. LEARN MORE×
Cyber Week Sale: Get 1 year of Inman Select for $75.SUBSCRIBE×
Inmanpot
Log in
If you created your account with Google or Facebook
Don't have an account?
Create an Account
Forgot your password?
No Problem