One of the big portal’s chief economists — Trulia’s — released study conclusions this week based on the company’s “inventory monitor”: the shortage of housing for-sale inventory is due to the price gap between low- and mid-level homes and “premium” ones, and the large number of starter homes either bought by investors or underwater vs. mortgages.

One of the big portal’s chief economists — Trulia’s — released study conclusions this week based on the company’s “inventory monitor”: the shortage of housing for-sale inventory is due to the price gap between low- and mid-level homes and “premium” ones, and the large number of starter homes either bought by investors or underwater vs. mortgages.

These conclusions have gone viral, now in many major publications and a lot of local ones.

I think these conclusions are mistaken. One at a time….

Is there a shortage of low-end and move-up homes?

Low-end and move-up houses are always in greater demand than the top-end. Every responsible Realtor shows clients the “inventory turn” at specific price points — that is, at current rates of sale, how many months of supply are available.

In every town in America, as prices rise past certain points, then inventory increases, usually explosively. At the top end, 10 years of inventory are common.

Local prices are an expression of local incomes. As prices rise, fewer people can afford to pay them. There is little low- and mid-level inventory because people can pay those prices, and are paying them, which means those houses are off the market.

The sellers then buy (or move out of town), but supply has been soaked up for move-up, too.

The price of premium homes is not a limitation because few people can ever afford those prices.

The most natural price-appreciation pattern anywhere and everywhere: appreciation from the bottom up. Price ranges “compress.” Premium sales are rare, just like rich people. A premium comparable sale raises the “value” of all similar top-end homes, but does not create a single new buyer. Sales up there are always thin.

We are short of low- and mid-level homes because we’re not building enough, not because mansions are too expensive.

Trulia’s other two conclusions expose bad days with arithmetic. “Too many homes bought by investors who are not selling”… think about that. We have a certain number of households in the U.S. All are either renters or owners. Zero-sum!

When a household switches from one category to another, there is no net effect on the total supply of dwellings, and completely independent of investors’ decisions to sell or to hold.

Everyone should understand by now that one effect of the bubble was a huge run-up in the percent of households owning homes, almost to 70 percent. Since 2006, that fraction has plummeted below 65 percent, but just now has begun to stabilize.

That huge increase in the number of tenants has been matched by the increase in investors (that’s where all the foreclosures went). If tenants began to move out in large numbers, buying homes, vacancy would rise steeply and rents would come down.

Exactly the opposite is taking place nationally. We are short of homes for sale and for rent.

Trulia has sold its third conclusion, underwater eyewash, to media even in my backyard, Denver metro, one of the hottest markets in the U.S. Our prices are up at least 25 percent in three years. We have the third-lowest mortgage delinquency rate of any state in the US. Trulia’s estimate of percentages of underwater homes has always been suspect.

But, here…good grief. We never had a price bubble. We had a long flat-price interval, 2002-2012. We had many over-encumbered homes via subprime overbuilding by 2006, but that was 10 years ago.

Prices up 25 percent … who is underwater versus their mortgage? Who can be underwater?

Trulia also gets lost in the swamp of “affordability.” Reality: U.S. household debt service is the lowest ever measured. Monthly payments divided by income, lowest ever.

Young people may struggle to buy because of job instability, or difficulty saving, but price versus payment is not the problem. Each $10,000 of loan costs less than fifty bucks per month, and that is tax-deductible. Prices nationwide have been rising about 6 percent per year because people can afford to buy. If they could not, then they would stop buying, and inventory would be increasing. Exactly the opposite is underway.

The U.S. population is growing about 2.5 million people per year (roughly .75 percent annually). The Great Recession stopped formation of new households, and our households grew in size, kids staying home, Mom moving back in.

Now that the job market is better, we’re trying to spread out, form new households. Which creates net new demand for housing units — and of course primarily at the low end. The Great Recession also stopped construction.

There is a deep cause for the shortage of construction: for the first time ever, metro areas with good economies and housing demand have run out of land. Re-development into density is far harder to do than plowing under prairie and sprawling. That’s a much better line of inquiry than Trulia’s fantasies. 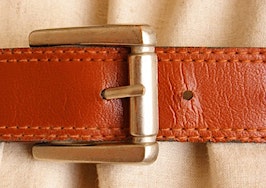 US housing not remotely near debt bubble -- credit's too tight 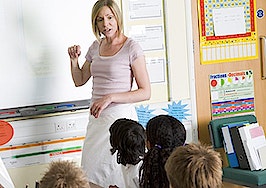 Why did the interest rate forecast for 2016 change?
Back to top
Thousands of real estate pros joined us virtually yesterday for Connect Now and you can access the replays with a 2022 bundle.Access Now×
Agent Appreciation Sale: Inman Select for only $85.CLAIM OFFER×
Inmanpot
Log in
If you created your account with Google or Facebook
Don't have an account?
Create an Account
Forgot your password?
No Problem