Reposted with permission from Redfin.

Most of what we buy — bubble gum, blouses, books, baseball — is destined to last days, weeks, maybe years. But we think of houses as investments rather than consumable goods because houses last decades or centuries.

Over that time, what makes a house valuable doesn’t change much: we’ll always like plenty of square footage, views, and mostly prefer living in cities with nearby restaurants, train stations and jobs.

And we love parking. Where we live, work and even eat is shaped by where we can park our cars. A car has been the pet that Americans insist on accommodating, in numbers ten times higher than modern parts of Asia like Hong Kong.

But now a change is at hand. Tesla CEO Elon Musk predicts that cars will drive themselves in two years. Chris Urmson at Google estimates it will take five years. Already, Lyft and Uber have shifted millennials’ home-buying preferences: who needs a garage — or for that matter a kitchen or a living room — when transportation, food and even a social life are all available online and on-demand?

This is why, even as urban home prices boom, we see couples with one car or no cars preferring smaller homes with fewer amenities but a high Walk Score and nearby transit.

In our lifetimes, and the lifetimes of our mortgages, the self-driving car could change the shape of the American city even more profoundly. Unlike the cars of today, which are parked 96 percent of the time, self-driving cars will be in semi-continuous service except in the wee hours; we’ll need far fewer cars overall, and those that remain will leave town at night.

All that parking space, freed

A third of urban real estate is devoted to parking garages that could become parks; there are eight U.S. parking spaces for every car in operation, for as many as two billion U.S. spaces overall. Thirteen percent of every lot for a typical single-family home is now dedicated to a garage that could be converted into an office or a mother-in-law apartment; with the income provided by Airbnb and other property-rental sites, single-family homes could thus become 13 percent more affordable.

Perhaps a decade from now, architects and contractors may offer fixed-fee garage-conversion services, in much the same way that old houses were once converted en masse to use modern furnaces and plumbing.

Self-driving cars will also change homebuyers’ location preferences. Data from Lyft and Uber already show that when private transit becomes significantly cheaper, public-transit use also increases: many carless households replace the car with a mix of private and public transit. As cars become a service rather than an asset, proximity to bus lines may become less important, but subways and trains that can bypass car traffic altogether will only grow in popularity.

How should this affect your homebuying decisions today? Perhaps not much; the average lifespan of a car is 15 years, so it may be 2035 or later before nearly all cars are self-driving. And we’ll still need at least some parking, not to mention a place for our skis and lawn-mower.

But our guess is that the future, which usually doesn’t come to pass at an even pace, will happen faster than that; there will be a tipping point, driven in this case by the overwhelming convenience and safety of self-driving cars, and by the likelihood that only a small proportion of cars need to be self-driving before real estate prices begin to anticipate a world where most cars are that way.

Regardless of when you want to prepare for the future, here’s our take on what to do about it:

A hundred years ago, the car was the reason that cities became something entirely different than villages, with sprawl, painful commutes and gated communities. Now the self-driving car may bring the old idea of a village back to the future. 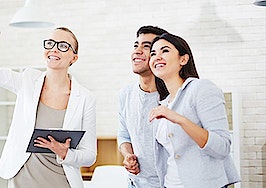 Want to offer showings on demand? Here's how 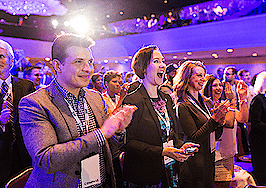