by Sam Benson
Share this article
You successfully shared the article.
Close

A few months ago, I penned a piece on my personal blog discussing what is now trending in the media: San Francisco’s tech boom and its impact on local rent and real estate prices.

A few months ago, I penned a piece on my personal blog discussing what is now trending in the media: San Francisco’s tech boom and its impact on local rent and real estate prices.

Dan Moore of The Bold Italic wrote in January, “This is life under the influence of the new tech bubble. Globulous, glimmering, tenuous, it hangs above San Francisco like a parade float gone rogue, beckoning to entrepreneurs, programmers and capitalists the world over.

“For those of us whom the bubble hasn’t forced out of the city — who remain — it affects nearly every aspect of our lives. Often, it confronts us physically. And its influence is only growing stronger; the bubble, it seems, is scaling up, widening wedges of resentment and amplifying the implications of its impact.”

Moore’s words are both beautiful and worrisome, and the impact of the tech boom is both positive and negative. You can’t have one without the other when it comes to progress. As I see it, the tech boom is greatly impacting nearby cities, such as Walnut Creek (my territory) in both these manners, too.

If you consider the positives, executive and demand housing is 25 percent less expensive in the Greater Walnut Creek area than Silicon Valley. This is a plus for tech talent who want to be outside the city of San Francisco but remain under a two-hour drive to work.

Housing is 25% less expensive in Walnut Creek than Silicon Valley.

This type of talent can commute and enjoy better schools, a closer sense of community and also more bang for the buck when it comes to home prices or rent expenses.

Locally, however, the downsides are made up of the very attributes that can be considered a plus. Because Walnut Creek, and alike communities, have better schools, tighter communities and cheaper homes and rent, our cities become magnets for tech talent looking to live outside of San Francisco.

And, as the tech talent heads away from the big city, our smaller cities start to become congested. Crime goes up as the population count grows, and more apartment homes start to be constructed, which means home and rent prices will eventually start to escalate.

Harboring discontent in the Bay Area

The New York Times recently printed a riveting picture of a home in San Francisco with two stories of picture frame windows filled with paper that displayed “Evicted” and “Me too.”

The New York Times piece described a feeling of discontentment toward tech talent by locals who are in the city and feel that they have been driven out, perhaps toward places like Walnut Creek, because of the tech boom.

A recent poll reflected close to half of people in the area harbor a distaste for tech talent and tech companies in the past year. The love for San Francisco and startup tech companies is not all positive, which again comes with growth.

About half of people in the area harbor a distaste for tech talent and companies.

With rent increasing by 60 percent in San Francisco — and locals barely being able to afford to live in the city they love — it leaves me, someone within the industry, with a bitter taste in my mouth.

But I also don’t want people in neighboring cities to remain still and not progressive. Like all things, I believe the current issue at hand has to be addressed before it boils over into a bubble and things go sour.

Should San Francisco start considering a growth cap on tech-based companies? Does the spillage of tech talent looking for neighboring cities to move to mean that these cities will have to absorb more crime and a more congested population that can either promote or harm local real estate prices?

And where does this leave real estate agents and brokers, like me, standing within the market? What happens if the tech companies get fed up and decide to head south? Will real estate prices fall so low that squatters become the problem?

Progress presents problems, but these challenges can be met with creative solutions — if they are addressed. I personally love all the tech talent moving into the city of Walnut Creek. It drives our economy forward, but — like with San Francisco — how much becomes too much?

Progress presents problems, but challenges can be met with creative solutions. 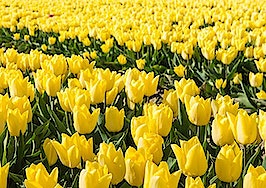 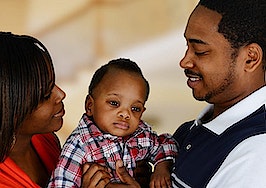 Does homeownership pay during tax time?
Back to top
Only 3 days left to register for Inman Connect Las Vegas before prices go up! Don't miss the premier event for real estate pros.Register Now ×
Limited Time Offer: Get 1 year of Inman Select for $199SUBSCRIBE×
Inmanpot
Log in
If you created your account with Google or Facebook
Don't have an account?
Create an Account
Forgot your password?
No Problem