The National Association of Realtors (NAR) released its March Pending Home Sales Index, a forward-looking indicator based on contract signings. March’s PHSI is part of a two-month upward trend and is the highest PHSI in almost a year.

.@REALTORS: March’s PHSI is part of a two-month upward trend. 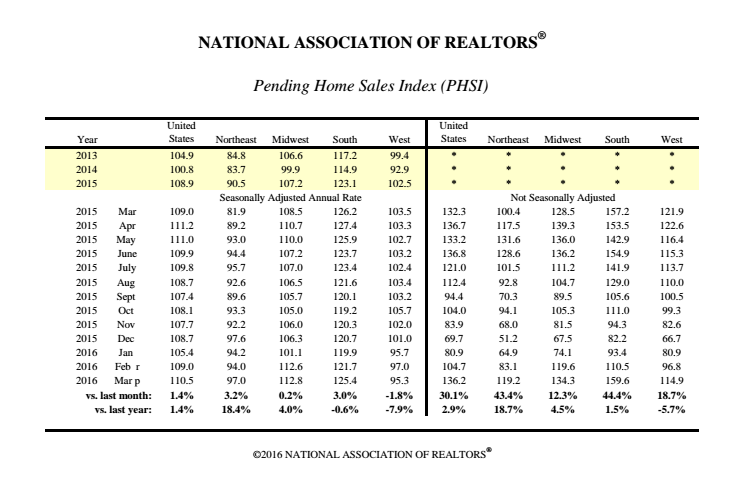 “Despite supply deficiencies in plenty of areas, contract activity was fairly strong in a majority of markets in March,” said NAR Chief Economist Lawrence Yun in a press release. “This spring’s surprisingly low mortgage rates are easing some of the affordability pressures potential buyers are experiencing and are taking away some of the sting from home prices that are still rising too fast and above wage growth.”

The Northeast led the way with a 3.2 percent month-over-month and 18.4 percent year-over-year increase to an index of 97.0.

The South followed closely behind with a 3.0 percent month-over-month increase to an index of 125.4, and a 0.6 percent year-over-year decrease.

The Midwest experienced a minimal 0.2 percent month-over-month and 4.0 year-over-year increase to an index of 112.8.

Lastly, the West took a hit in March with a 1.8 percent month-over-month and 7.9 year-over-year decrease to an index of 95.3.

“Demand is starting to weaken in some areas, particularly in the West, where the median home price has risen an astonishing 38 percent in the past three years,” says Yun. 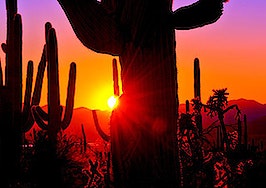 In March, existing-home sales 'came back in force' across the country
Back to top
Inman Connect Las Vegas Memorial Day sale – 44% off exclusively for Select subscribers!Register Now To Save×
Limited Time Offer: Get 1 year of Inman Select for $199SUBSCRIBE×
Inmanpot
Log in
If you created your account with Google or Facebook
Don't have an account?
Create an Account
Forgot your password?
No Problem