As any local agent can attest, New York City’s luxury real estate market ebbs and flows, especially these days. In early April, Olshan Realty reported just 18 contracts signed at $4 million and higher, but for the week of April 11 to 17, an astonishing twenty-eight contracts were signed — a 50 percent week-over-week rise for the high-end Manhattan market. 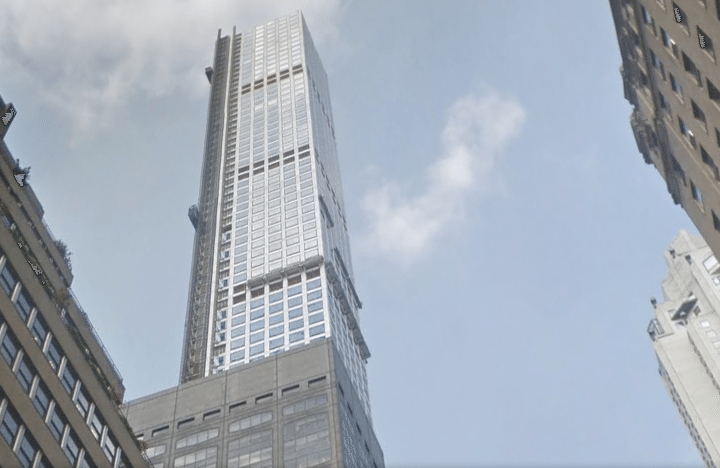 As any local agent can attest, New York City’s luxury real estate market ebbs and flows, especially these days. In early April, Olshan Realty reported just 18 contracts signed at $4 million and higher, but for the week of April 11 to 17, an astonishing 28 contracts were signed — over a 50 percent week-over-week rise for the high-end Manhattan market.

In the co-op market, the average asking price was $7,465,555. Three listings went into contract Downtown, two in Midtown, one in the West and three in the East area of Manhattan.

Here are the five most expensive listings that went into contract in Manhattan from April 11 to 17:

The number one contract was at 432 Park Ave. for the second time in three weeks. Last week, unit 66B, listed by Douglas Elliman, went into contract for $32.5 million. The three bedroom, 4.5-bathroom unit includes sweeping views of both the city and Central Park from 10-by-10 foot windows. A gallery, marble floored kitchen, private elevator landing, dual master bathrooms and radiant heated floors combine comfort and contemporary design. Massive 12.5-foot ceilings complete the 4,019 square foot space. The building itself is 96 stories high with a Rafael Vinoy-designed edifice that can be appreciated by onlookers across the city.

Coming in at number two is 2/3D at 740 Park Ave. in the Upper East Side, which went into contract by the Corcoran Group for $22.5 million. The duplex co-op offers four bedrooms and 4.5 bathrooms, with an additional three maid’s rooms. The apartment includes French doors leading to a 13-foot terrace and and a 37-foot living room with large windows overlooking NYC. With a staff wing, wine storage area, formal dining room, eat-in Chef’s kitchen, wood-paneled library and four staff rooms, the pre-war apartment has a list of former residents that include Jacqueline Kennedy Onassis, David Koch, Ron Lauder, Vera Wang and Blackstone CEO Stephen Schwarzman.

Tied for third and located at the previous Tiffany & Co. headquarters in the Flatiron District, 27/7B at 15 Union Square went into contract via Town Residential for $12 million. The apartment is 2,785 square feet with three bedrooms and 3.5 bathrooms, offering both antique charm and modern conveniences in one unit. An open plan kitchen complete with oak cabinetry, a marble island and bronze trim offers clear sightlines to a living space with a gas fireplace and spacious terrace overlooking Union Square. The master bathroom has a claw foot tub and walk-in closet with custom-built shelves.

The ties for the third most expensive in-contract apartment at $12 million happen to be in the same building. Apartment 6B, listed by Sotheby’s International, also has three bedrooms and 3,5 bathrooms but is a bit larger at 2,849 square feet. The unit features a Crestron system that controls lighting, solar and blackout shades as well as a four zone HVAC system. A well-appointed kitchen opens to a library or third bedroom with an en-suite bath. The master bedroom has a custom-fitted dressing room and bathroom with a cast-iron freestanding soaking tub and separate shower. Designer Vincent Wolf used wide, oak plank floors throughout the unit and designed a marble gallery with a coved ceiling to impress guests.

Held by Douglas Elliman, this Upper West Side gem (which offered a 1 percent bonus commission to the buyer’s broker if signed by April 1) has two bedrooms and 2.5 bathrooms in 1,874 square feet. The apartment is a Mandarin Oriental Residence, so the buyer benefits from five-star amenities including 24-hour concierge, private elevators, a 40,000 square foot fitness center, swimming pool and hotel spa. The unit is surrounded in floor-to-ceiling glass windows, offering east, north and west exposure in a Central Park setting. A split layout allows en-suite baths in both bedrooms, with high ceilings in both the living and master bedrooms. Herringbone flooring, custom California closets, Nest temperature controls and motorized window shades are just some of the opulent offerings of 66B. 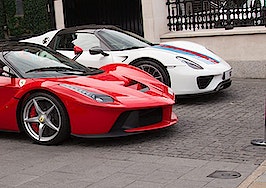 How to keep a billionaire client coming back for more

Is NYC the ticket to a career kickstart for millennials?

Cash buyers paying premiums in steep markets, RealtyTrac reports
Back to top
Only 3 days left to register for Inman Connect Las Vegas before prices go up! Don't miss the premier event for real estate pros.Register Now ×
Limited Time Offer: Get 1 year of Inman Select for $199SUBSCRIBE×
Inmanpot
Log in
If you created your account with Google or Facebook
Don't have an account?
Create an Account
Forgot your password?
No Problem