The X-Men, an exceptional group of individuals whose mutated genes give them unique powers, might be looking for a new home after the Apocalypse rises. Coldwell Banker has landed the listing for Xavier’s School for Gifted Youngsters, and it might be one of the biggest of the year: The Westchester County X-Mansion is listed for $75,850,000, but you might need someone with telepathic powers to find it.

Boasting 24 bedrooms and 24 bathrooms, the 16th century mansion has all the updated amenities millennials are searching for these days: Whereas some regal estates offer simple basketball courts, the X-Mansion’s court retracts so that your private jet or helicopter can whisk you away whenever you want.

X-Mansion has Cerebro, which is like beacon technology for the human brain

And as far as technology goes, there’s no shortage of the latest wizardry. Although beacon technology is one of the hottest buzzwords circulating the real estate tech world, X-Mansion has Cerebro, which is like beacon technology — but for the human brain.

According to David Marine, vice president of brand engagement at Coldwell Banker Real Estate, Fox reached out to him last year asking if the brand would be interested in partnering for an upcoming movie. He said that Fox was especially interested in a real estate brand because the X-Mansion plays an essential role in the movie.

“[This partnership] opens up our brand to a different audience,” he said. “It’s not just 13-year-old boys going to see the movie. The X-Men demographic actually skewed older than other comic book films, with the average age of around 30 to 35 years old with a pretty even divide of 50/50 between male and female coming from a diverse background.”

Marine said the most exciting part was being able to tell Coldwell Banker’s story of “home” using a unique vehicle that will tap into a wide audience.

The landing page of Coldwell Banker’s website offers nine different videos highlighting the campaign, featuring interviews with the actors, the director, and others involved with the film.

There is no product placement in the film for Coldwell Banker. The campaign will run for the next six weeks through the film’s release on Memorial Day weekend. 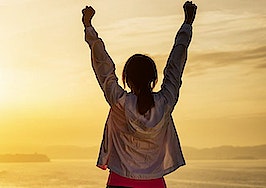 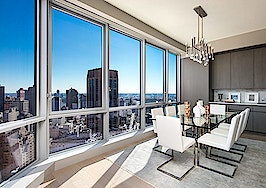