While consumer-facing property search portals continue to push usability boundaries with total website overhauls and fancy features, the MLS user experience remains more like something out of 1999. W+R Studios hopes to change that with this week’s launch of Cloud MLX, a modern front-end MLS interface.

While consumer-facing property search portals continue to push usability boundaries with total website overhauls and fancy features, the MLS user experience remains more like something out of 1999.

W+R Studios hopes to change that with this week’s launch of Cloud MLX, a modern front-end MLS interface.

“Our goal with Cloud MLX is to handle 90 to 95 percent of what an agent does on the MLS every day,” said co-founder Greg Robertson. 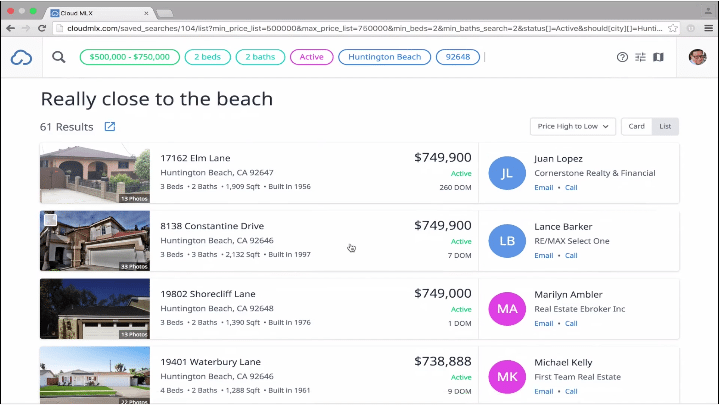 Options at your fingertips

Think of Cloud MLX as a stylish slipcover.

Robertson gives email as an example. He prefers the Apple Mail interface over the experience offered by Gmail for a couple of reasons.

In his opinion, Apple Mail is friendlier to the user (others like Outlook), and the ability to have one unified inbox for all his accounts is also appealing. Although Apple Mail meets Robertson’s needs about 95 percent of the time, occasionally he will need to access Gmail directly for advanced searches or to look for a specific string of emails.

“However, I do realize some people just live in Gmail. That’s okay, too … They have that choice.”

In the same vein, W+R Studios worked to give agents a fresh option and strike a balance between ease of use and functionality.

Cloud MLX strikes a balance between ease of use and functionality.

One of the main benefits of Cloud MLX is efficiency. Getting up and running should be a more intuitive process than the cumbersome training required on traditional MLS platforms. However, using Cloud MLX, you won’t see 100 percent of the searchable MLS fields. In addition, agents will still have to input their listing information through the original listing service front-end.

“After doing some research we found the list of fields that agents actually search is relatively small,” he said. “So, we think we will be okay there.”

He added, “Listing input is interesting. When we build something, our goal would be to add some sort of value to what is already out there.

“At this point, we don’t see any clear functionality or changes we could make to listing input to be worth creating something new. And practically speaking, listing input is not something an agent does on a day-to-day basis.”

The aesthetics of Cloud MLX are sure to leave a better impression on clients, but the platform does more than cover up the ugly. With the addition of several bells and whistles that the profession has been requesting for some time, the platform ups your MLS horsepower.

Cloud MLX includes an instant messaging service through which agents can connect with each other and chat. This is one way the platform aims to be more agent-centric than listing-centric. 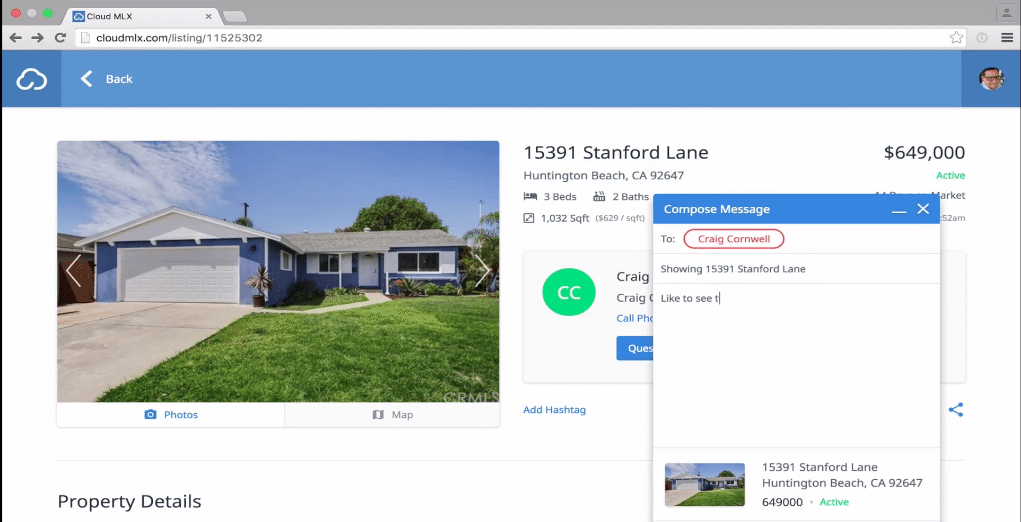 “While we have many ideas to expand a ‘social networking’ feature-set, we started with something basic: messaging,” Robertson said. “One Cloud MLX user can chat with another Cloud MLX user if they are both online. The great thing is the message is contextual, meaning the information on the listing is automatically included in the message.”

Tagging is really just the online form of labeling something and tossing it into a folder. Cloud MLX allows agents to tag listings with hashtags, e.g. #Smiths, to flag properties and keep track of them in an organized fashion. 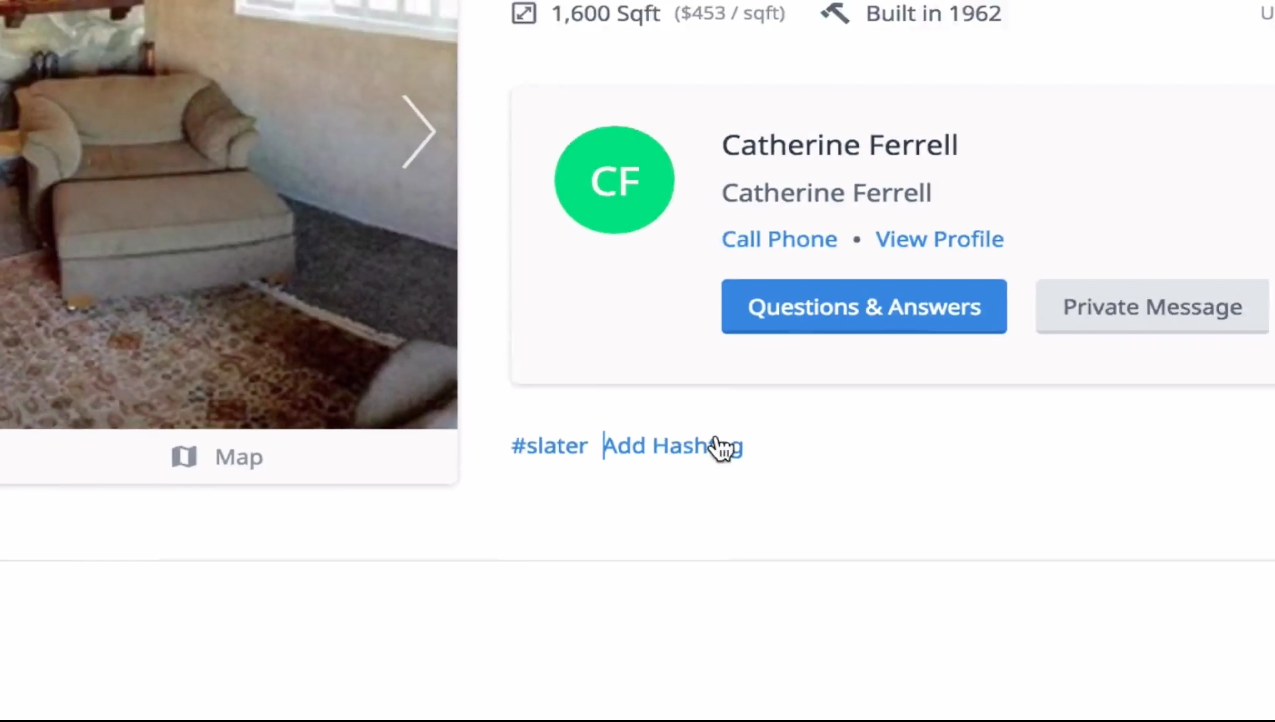 In preparing for a meeting with a client, agents can click on the hashtag and see the relevant information in one place.

From the Cloud MLX platform, you can send clients a property link with just a few clicks. 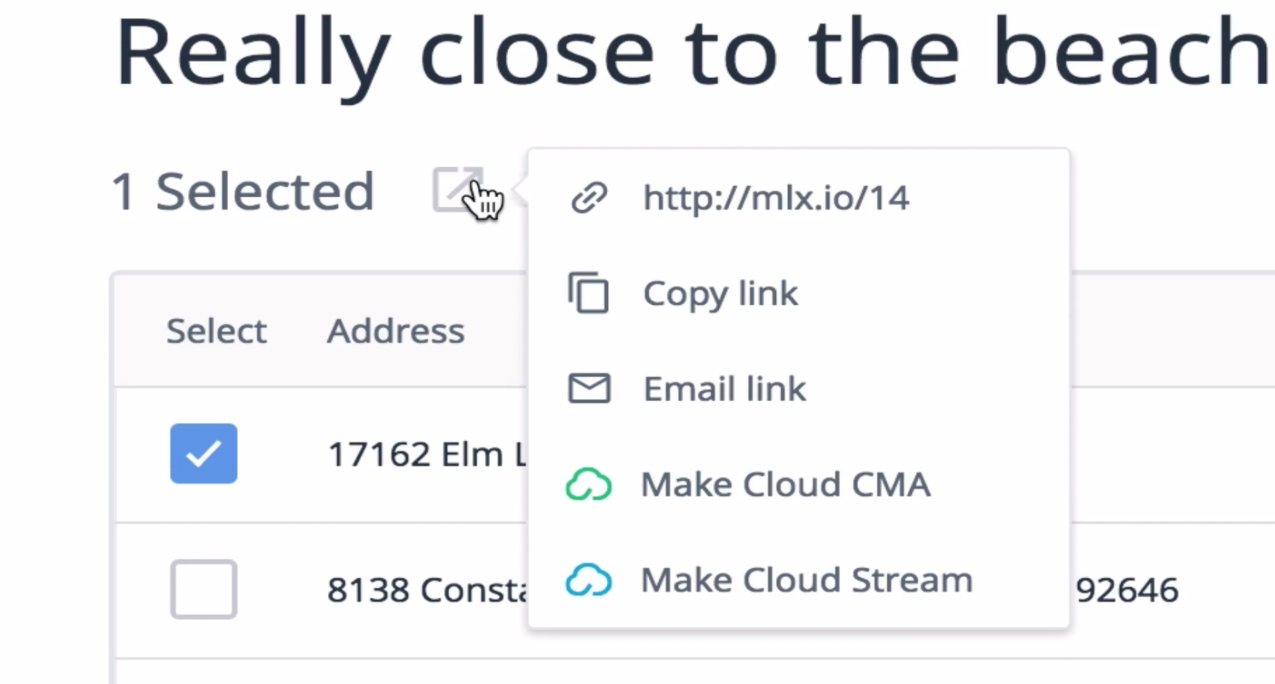 The user selects a property, which will appear in checklist form, and click on a nearby arrow button. From there, a drop down menu appears with the options to copy or email the link.

Drill down to specific neighborhoods with the map search tool by drawing a polygon around a particular area, or type a broad range of language into the search bar to find properties that are “really close to the beach” or “near Lincoln Park.” 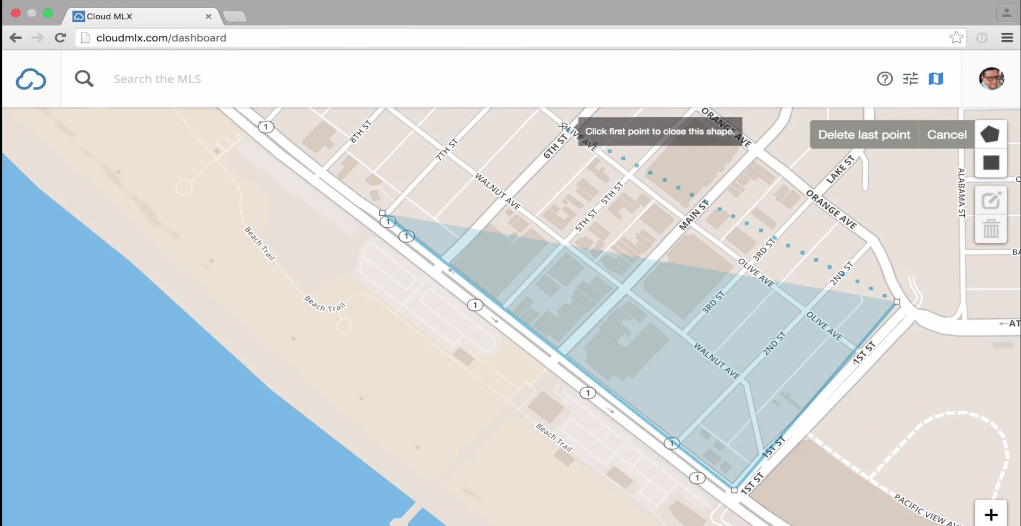 A fluid navigation flow connects all of these components for a new-age user experience the company calls “surfing” the MLS. Agents can seamlessly maneuver between these integrated features as shown by the product’s demo video.

Currently, Cloud MLX is compatible with any RETS (Real Estate Transaction Standard) database and is currently up and running with CRMLS (California Regional Multiple Listing Service), which offers CoreLogic’s Matrix MLS system. The end game is for Cloud MLX to be platform agnostic.

“Cloud MLX is a ‘front-end’ application,” Robertson said. “There are many initiatives in the industry currently in regard to MLS data access or ‘back-end’ systems, typically driven by APIs (Application Programming Interface). This includes FBS’ Spark platform, CoreLogic’s Trestle, Zillow’s Retsly Connect and Realtors Property Resource’s (RPR’s) AMP (Advanced Multilist Platform). Our goal is to work with all of them.”

Cost and plans for the future

The pricing information is currently available for agents who are CRMLS members who want to directly subscribe to Cloud MLX:

Agents are free to use Cloud MLX cost-free for 30 days. Eventually, W+R Studios hopes to package its entire line of product offerings under one brand, Cloud Agent Suite. 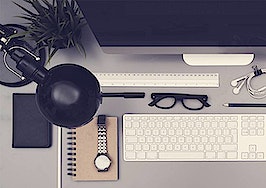 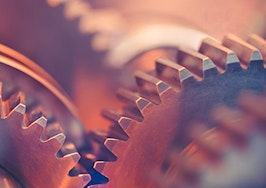 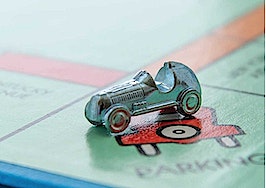 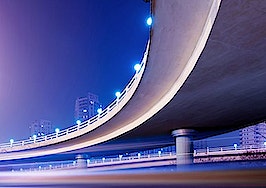