RealtyTrac released its Residential Property Vacancy and Zombie Foreclosure Report for Q2, outlining a 30.1 percent year-over-year decline in “zombie” foreclosures — or properties actively in the foreclosure process left vacant — across the U.S. “The properties that were ‘zombies’ last year are now bank-owned properties that the banks are putting up for sale this spring and summer,” said Daren Blomquist, senior vice president at RealtyTrac.

RealtyTrac released its Residential Property Vacancy and Zombie Foreclosure Report for Q2, outlining a 30.1 percent year-over-year decline in “zombie” foreclosures — or properties actively in the foreclosure process left vacant — across the U.S.

“The properties that were ‘zombies’ last year are now bank-owned properties that the banks are putting up for sale this spring and summer,” said Daren Blomquist, senior vice president at RealtyTrac. “We see that through a drop-off in zombie foreclosures combined with a 12-month surge in bank repossessions that ended in February.”

For homeowners, high numbers of foreclosures in any given neighborhood could be a drag on home values, but the banks recognize the current seller’s market.

On the other hand, Blomquist said, more homes on the market in cities with tight supply and escalating prices could provide opportunity. This might be especially helpful in the starter home category, where first-time homebuyers are searching at the lower end of the market anyway.

“This could certainly be good news for the inventory situation, particularly for buyers looking for bargain properties,” Blomquist said.

Why do foreclosures sit vacant?

Blomquist says zombie foreclosures are a bigger issue in cities and states with a lengthy foreclosure process, which include New York, Philadelphia, Chicago, Miami and Tampa.

“Places like L.A., Houston and Dallas — while big cities — have a much more efficient and non-judicial foreclosure process,” he said.

Baltimore topped the list in metro areas with the highest zombie foreclosure rates, reaching 9.7 percent of all residential properties.

A broader look at supply and inventory

Zombie foreclosures dwindled, but overall vacancy rates increased 2.7 percent since last quarter. The report shows 1.4 million residential properties in the U.S. — or 1.6 percent — were vacant as of May 2016.

Despite the prevalent inventory issue in some markets causing competition amongst buyers and pushing prices to the brink, the U.S. vacancy rate boosted because of markets like Flint, where 7.2 percent of residential properties are unoccupied.

Many investors in pricey markets are realizing buying power in low-cost areas like Flint or Birmingham via turn-key companies online. While they might rent homes out and get a good return, the high vacancy rate isn’t a deterrent to many since the barrier of entry is so low. When more vacancies arise, the local market suffers.

“What’s going on is those investors don’t care about the vacancy rate because they still make a good return. To me, this is a dysfunction in the market,” he said.

On the opposite end of the spectrum, San Jose, San Francisco and Los Angeles have just 0.2 percent, 0.3 percent and 0.4 percent vacancy rates, respectively.

“This is another piece of evidence that we’re in a seller’s market, where supply is very constrained in many areas of the country,” says Daren Blomquist, senior vice president at RealtyTrac. “San Jose is the epitome of that.”

Blomquist points out that while a high vacancy rate is bad, a very low vacancy rate continues to put upward pressure on home prices and rents in those markets and makes it more difficult for buyers and renters both.

Many of the low vacancy rates in West Coast markets are within the investment property category — rentals, in other words — so lack of supply isn’t solely affecting homebuyers.

“The overall trend and the good news is pretty much every major market, including New York, Philly, Chicago and Miami, the number of zombie foreclosures is coming down,” said Blomquist. “That, to me, is positive because it takes this unknown quantity out of the market and brings it into the light.” 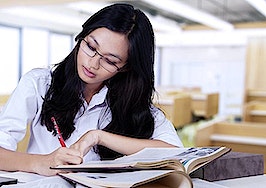