For just the second time in the past 12 months, the year-over-year total sales didn’t increase. In April, new and resale homes in Ventura, Los Angeles, Riverside, San Diego, San Bernardino and Orange counties dropped just 3.2 percent from 22,020 to 21,312.

For just the second time in the past 12 months, the year-over-year total sales didn’t increase in Southern California. In April, sales of new and resale homes in Ventura, Los Angeles, Riverside, San Diego, San Bernardino and Orange counties dropped 3.2 percent, from 22,020 to 21,312.

The last time year-over-year numbers didn’t increase was this past November, when sales dipped 0.1 percent.

According to Corelogic, the data company that provided the research, April’s numbers are approximately 10.5 percent under the month’s average; Corelogic has been compiling data since 1988, and the average since then amounts to 23,801.

However, the median price paid for all Southern California homes in April was $458,000. This is the highest median sale price on record since mid-2007’s staggering $505,000 tag. Median sale price has steadily risen year-over-year for 49 months. 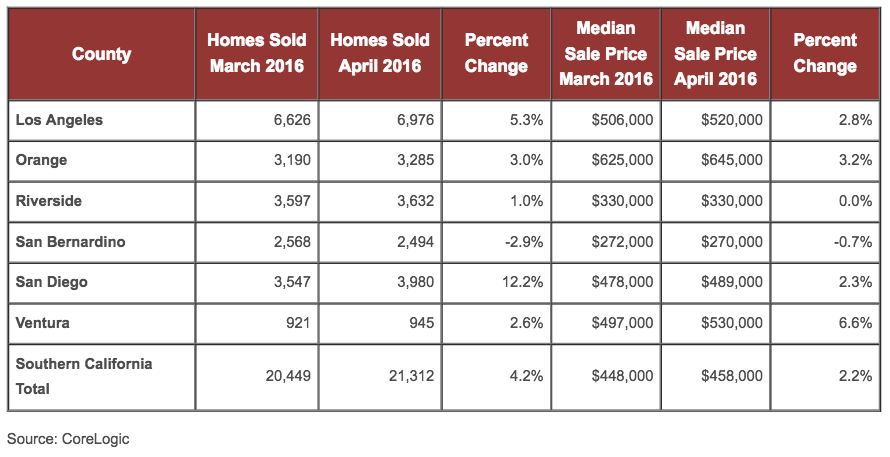 It is clear that the most movement is happening for properties valued around $500,000 and up. Also, total home sales below that price point dropped by double-digit percentages year-over-year.

Since 1988, the average for absentee buyers is 18 percent. In April, this group accounted for 21 percent of all homes sold during the month. On the same accord, cash buyers made up for 21.3 percent of purchases. The average for cash purchases is about 15 percent, according to Corelogic. 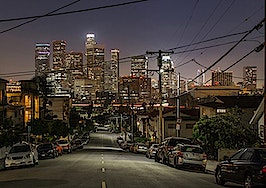 U.S. 'zombie' foreclosure rate drops, but overall vacancy up
Back to top
Only 3 days left to register for Inman Connect Las Vegas before prices go up! Don't miss the premier event for real estate pros.Register Now ×
Limited Time Offer: Get 1 year of Inman Select for $199SUBSCRIBE×
Inmanpot
Log in
If you created your account with Google or Facebook
Don't have an account?
Create an Account
Forgot your password?
No Problem