by Nabil Captan
Share this article
You successfully shared the article.
Close

It matters to you how much interest you pay when getting yourself a mortgage, but do you care how much your clients pay in interest cost when they’re buying a home? The truth is, as long they qualify for a loan, you probably don’t care.

Let’s pretend you do care — at least until you finish reading this story.

In 2006, for the benefit of homebuyers, I quietly forced one of the four largest lenders in the country to upgrade from the archaic version FICO Score 98 to FICO Score 2. Now, another upgrade is long overdue and desperately needed. It could help fairness and increase homeownership. Let me explain.

The majority of mortgage lenders today use FICO Score 2, developed in 2000. For example, it treats those with collection accounts — including petty telecom, utility or medical missed payments reported by a collection agency — quite severely.

Depending on starting score, 85 to 110 points is stolen from their credit scores, an action that takes years to recover from. Furthermore, when they pay or settle the account, at times as an underwriter condition, their credit score will slide further down due to updating negatively reported information, which creates the risk of loan ineligibility. Most lenders pull credit reports before finalizing loan documents.

FICO Score 9, launched in 2014, entirely ignores any record of anyone failing to pay a debt if the debt has been paid or settled with a collection agency. In other words, people will recoup all 85 to 110 points stolen as per the situation noted above if this updated FICO score version is used.

Many could recoup 85-110 points if FICO Score 9 were instated.

However, despite it not affecting credit scores, negative entries will remain on credit files as long as the law allows them to stay. (It varies by state.) This is why it’s important for people only to pay collection accounts upon the condition of their full removal from their credit file. In short: PFD — pay for delete.

You’ve probably heard this sad tale: potential homebuyers, very often without their knowledge, have medical debt that’s supposed to be paid by an insurance company end up in default or collection and reported to all three credit reporting agencies (CRAs), which results in a higher interest rate for them.

According to the credit reporting industry, over 65 million consumers have medical collections on their credit report; more than 9 million have no balance, but their scores continue to suffer.

Over 65 million consumers have medical collections on their credit report.

In 2014, the Consumer Financial Protection Bureau (CFPB) played a vital role for developers at FICO to accept that unexpected and costly medical emergencies can happen to low-risk and responsible people with limited financial resources.

The score’s best improvement, thin file treatment, has so far has gone unnoticed by industry leadership. Earlier FICO score versions require two or even three active trade lines to generate a score. FICO 9 is happy with one trade line that’s at least six months old and has been used at least once in the past six months.

The majority of millennials have limited credit history and specifically limited trade lines, something that often prevented them purchasing homes. This new version eliminates that obstacle.

What can we do?

Fannie, Freddie, the Federal Reserve Bank and some lenders have tested the score, and it’s been available for years at the three CRAs: Experian, Equifax and Transunion. I don’t know why everyone isn’t on board. What’s the holdup?

As a real estate professional, you use the most recent state-of-the-art tools to provide your clients with the ultimate homebuying experience. Lending partners have to become aware of the unintended consequences of using old versions of credit scores when approving and pricing a loan.

Those who opt to upgrade their risk tools are expected to boost homeownership, especially among millennials. 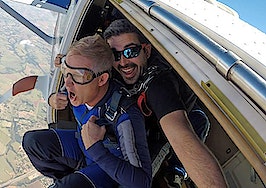