The thought of retirees moving to states filled with sunshine after kids move out and the house gets empty is a common one — but not everyone is built for California or Florida. Yes, both states remain popular destinations for the 55-plus crowd, but according to a recent report from Bankrate.com, some of the best places to retire are small- to mid-sized cities like Franklin, Tennessee and West Des Moines, Iowa.

The thought of retirees moving to states filled with sunshine after kids move out and the house gets empty is a common one — but not everyone is built for California or Florida.

Yes, both states remain popular destinations for the 55-plus crowd, but according to a recent report from Bankrate.com, some of the best places to retire are small- to mid-sized cities like Franklin, Tennessee and West Des Moines, Iowa.

Bankrate studied 196 cities, big and small, that had available data in all the categories considered to determine the best and worst cities to retire: cost of living, well-being, walkability, taxes, healthcare, weather and culture.

Besides having a considerably high cost of living, Arlington, Virginia is the nation’s best place to retire. And the second-best place? Nearby Alexandria.

Arlington and Alexandria, Va. were named as the top two best cities for retirees

The top 10 held three different Tennessee cities, including Franklin at no. 3, Nashville at no. 6 and Murfreesboro at no. 10. All three have a reported low cost of living, good rate of well-being, very low taxes, good healthcare, average weather and great culture.

Austin (16) and nearby Round Rock (12) ranked in the top 20, both of which have a low cost of living, great well-being and very low taxes. A little further down the list were two Dallas-Fort Worth suburbs, Irving and Plano, which ranked no. 52 and no. 59, respectively.

Houston isn’t built for retirees quite like Austin, but it was still represented near the middle of the list. Suburbs Sugar Land (68) and The Woodlands (88) both ranked witin the 100 best cities, and Houston ranked just below at the no. 107 spot.

The list included a total of 21 Florida cities, four of which (Sarasota, Bradenton, Cape Coral and North Port) made the top 20. Florida’s larger cities also faired well: Miami Beach, Fort Lauderdale and Miami all ranked within the top 43. Although high on crime, Miami scored strongly in walkability and weather.

Four Chicagoland cities made the list, but not anywhere near the top. Ranking around the 150 mark, the Windy City and its surrounding communities aren’t considered ideal for those gearing up to retire. Rock Island ranked no. 154, Chicago no. 157 and Arlington Heights no. 159. None of them ranked above below average scores in weather and healthcare and had mediocre culture ratings.

Chicago ranked high for both cost of living and crime and scored average or worse for for well-being, walkability, taxes, healthcare, weather, culture.

From coast to coast

Within the 20 lowest-scoring cities for retirement, five are located in California: Bakersfield (178), Fresno (181), Ontario (183), Riverside (186) and San Bernardino (193). All of the cities ranked below average for healthcare and well-being.

New York state was also strongly represented, though probably not in the fashion it hopes. Niagra Falls , Buffalo, Troy, Rochester and Albany all rank among the bottom 20, scoring below average for healthcare and (besides Albany) having high or very high crime ratings . New York City ranked no. 187 for very high costs of living and taxes and below average weather.

Not all California cities ranked low on the list, though. Glendale ranked as the highest California city at no. 15, with a very low crime rate, great walkability and great culture. Long Beach, Los Angeles and Santa Ana also ranked considerably high, reaching the top 30 for strong scores in culture and weather.

South San Francisco and Redwood City both ranked around the 100 market, back-to-back in the 109 and 110 spots, respectively. Both cities were ranked high for their culture and low for crime rates, but scored very high on cost of living and below average on healthcare. Oakland scored very high on both crime and cost living, which, coupled with high taxes, earned it a spot a 147.

Bankrate also released a Retirement Cities Selector survey to help retirees find the best place to call home, using a scale of one to 10 in various categories. 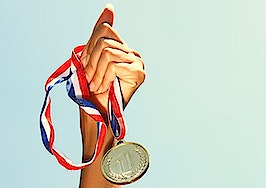