Chicago is one of many metro areas that has seen an increase in lifestyle renters. Yardi reports a growth of 1.3 percent in the lifestyle segement, compared with the 1.1 percent overall growth rate.

Occupancy rate is considerably high in Chicago, at 96.5 percent as of May 2016. This figure remained stable month-over-month in the Windy City.

Rent growth in Chicago forcasted at 2 percent by year-end

By the end of the year, rent growth in Chicago is forecasted by Yardi to be at 2 percent, putting Chicago rent growth pretty close to the bottom tier of growth throughout the nation’s cities. Chicago ranks right above the Twin Cities of Minnesota, Richmond, Philadelphia, Washington D.C. and Baltimore. 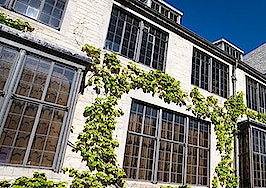