Mortgage rates are nearing all-time lows, but that doesn’t mean everyone can afford to buy, according to a recent Zillow release.

Of course, buying a median-priced home eats up more of a smaller paycheck than a larger one, but Zillow categorized percentage of income based on home prices in three separate tiers. Essentially, the study does not assume low-income earners are buying the mid-range or priciest homes in any given market. Rather, Zillow assumes they are buying the cheapest homes. 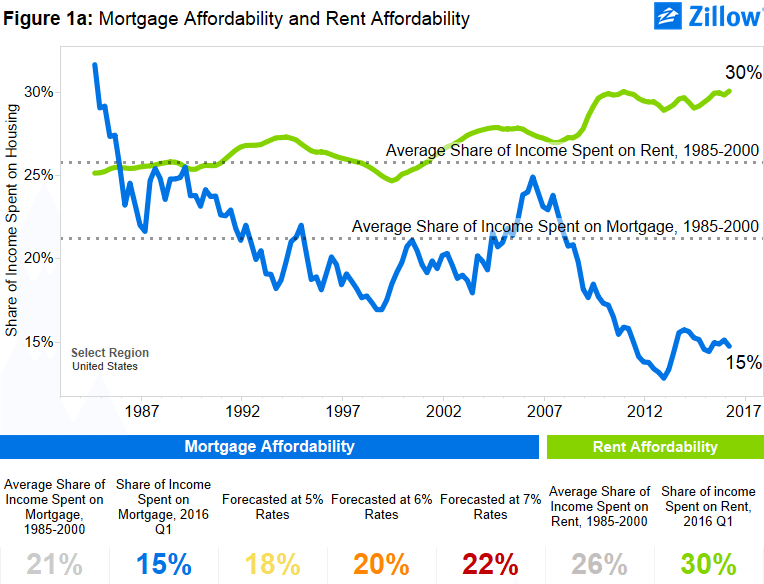 Why are low income earners spending so much more, even when hunting for the cheapest properties? Entry-level homes are appreciating the fastest out of any price segment, according to multiple reports. Plus, the economy has done little to increase wages among low-income earners, meaning many tenants are spending more without earning more.

Where are low-income earners priced out? 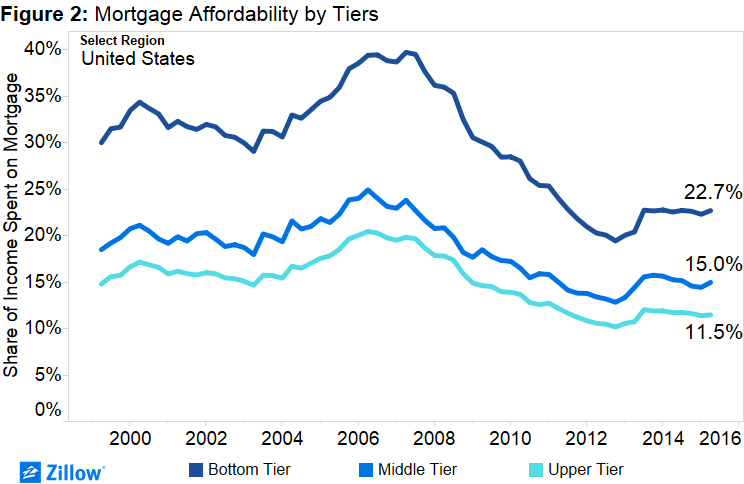 In a third of U.S. markets, low-income earners should expect to spend over 30 percent of income toward housing. Traditionally, experts say the limit for affordability is spending 30 percent or less of income on housing, whether that be rental or mortgage.

Some cities are worse off than others.

Low-income earners in LA spend over three-quarters of their income on housing.

Like L.A., San Francisco’s bottom-tier budgets are suffering the most, spending a whopping 68.4 percent of income on mortgages.

In New York City, bottom tier buyers spend almost half (48 percent) of their income on owning a home. Middle tier and top tier buyers spend just over 25 and 18 percent, respectively, remaining below the unaffordable income-to-mortgage ratio.

For the most part, most major U.S. metros see bottom-tier buyers spending larger percentages of monthly income on mortgage payments. Even so, many cities don’t require these buyers to spend more than 30 percent of their incomes.

Consider a relatively affordable big city like Chicago, where low-income buyers can expect to spend 22.1 percent on mortgages. Although not an ideal percentage compared to middle and high income earners, who spend just 13.8 and 10.9 percent of their wages, low-income earners in Chicago still have options.

Washington D.C., although pricey in nature, still allows entry-level buyers to stay within the affordability limit. Bottom-tier buyers in D.C. can expect to pay just over 26 percent on mortgages, while middle-tier and top-tier buyers hover around 15 percent.

With more wiggle room than D.C. homebuyers, low-income earners in Baltimore should expect to spend 24.1 percent of income on a mortgage. Middle- and top-tier buyers should plan to shell out 15 percent and 12.2 percent of their incomes on mortgages, respectively.

Miami’s low-income buyers are close to spending more than the recommended budget, devoting 28 percent of income toward the mortgage. Middle-tier and top-tier buyers only spend 19.7 and 15.7 percent, respectively.

For the most part around the country, mortgages are affordable, but low-income earners are smart to stay away from pricey coastal markets like L.A., San Francisco and NYC, if possible. In these cities, buying a home in the bottom tier leaves little room for savings, travel or loan payments.

“From a high level view, mortgage affordability looks pretty good across most of the country, but it’s not good for everyone,” Dr. Svenja Gudell, chief economist at Zillow, said in a statement. 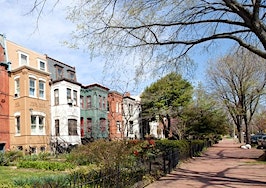 Home prices in DC continue to climb up, CoreLogic says

Short-term rental demand is looking strong for fall, winter
Back to top
The best event in real estate kicks off next week! Tickets are selling quickly.Register Now×
Limited time: Get 30 days of Inman Select for $5.SUBSCRIBE×
Inmanpot
Log in
If you created your account with Google or Facebook
Don't have an account?
Create an Account
Forgot your password?
No Problem