Mortgage lender PHH Corp. is having a very good Tuesday. The company has been battling the Consumer Financial Protection Bureau (CFPB) over its mortgage insurance practices since 2014, when the CFPB alleged that PHH referred consumers to preferred mortgage insurer partners and took reinsurance fees as kickbacks.

Mortgage lender PHH Corp. is having a very good Tuesday.

The company has been battling the Consumer Financial Protection Bureau (CFPB) over its mortgage insurance practices since 2014, when the CFPB alleged that PHH referred consumers to preferred mortgage insurer partners and took reinsurance fees as kickbacks.

Today, PHH scored a big coup over the CFPB when a federal appeals court declared the structure of the mortgage industry regulator unconstitutional and negated its controversial interpretation of key portions of the Real Estate Settlement Procedures Act (RESPA).

For six months, the mortgage and real estate industries have anxiously awaited the decision of the U.S. Court of Appeals for the District of Columbia, for two reasons:

Two years (and counting) of questions

The case has been brewing since 2014, when the CFPB filed a notice of charges against PHH, alleging that the New Jersey-based lender set up captive reinsurance agreements in the 1990s and took reinsurance fees as kickbacks in violation of RESPA. 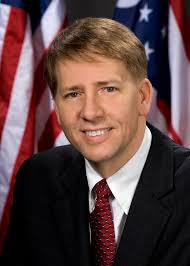 This raised serious questions about the scope of the CFPB’s authority granted by the Consumer Financial Protection Act, as the remedy allowed CFPB Director Richard Cordray to initiate the proceeding, hear PHH’s appeals and ultimately overrule the administrative law judge’s ruling.

PHH also noted that the bureau chose this route to get around RESPA’s three-year statute of limitations on federal court claims, as administrative proceedings do not have the same filing restrictions.

As PHH argued, the CFPB’s predecessor, the Department of Housing and Urban Development (HUD), responded to a lender’s inquiry seeking guidance on the captive reinsurance issue back in the 1990s, which noted that Section 8(c)(2) of RESPA set forth various exemptions from the statute’s prohibitions against paying for referrals and splitting fees.

But Cordray insisted that because HUD never published the letter in the Federal Register, it could not be used as formal guidance. He further asserted that RESPA Section 8(c)(2) is, in fact, not an exemption from the more broad referral-fee prohibition found in RESPA Section 8(a).

In April, attorneys for both sides appeared before the court for an oral argument hearing. PHH’s counsel called the CFPB an “unconstitutional, superexecutive agency” that “ran roughshod over RESPA.”

Attorneys for the CFPB struggled to convince the court that the bureau’s one-man leadership was preferable to a commission-based structure and maintained that PHH received fees from mortgage insurers that were not solely for reinsurance, but quid pro quo referrals, which is “exactly what RESPA seeks to prohibit.”

In the six months since that oral argument hearing took place, the CFPB has been lauded by Congress for its investigation of Wells Fargo’s cross-selling scandal and issuance of a $185-million penalty — the bureau’s largest to date — while efforts by some lawmakers to tackle ongoing questions about its structure and budget have languished.

But the court’s Oct. 11 decision in the two-year court battle could be the spark that finally lights a fire under Congress to address these criticisms once and for all.

‘The CFPB is unconstitutionally structured’

Apologizing for the length of its 110-page opinion, the court agreed with PHH that “the single-director structure of the CFPB represents a gross departure from settled historical practice” on the authority given to other government agencies.

In fact, the court went so far as to say, “the director enjoys more unilateral authority than any other officer in any of the three branches of the U.S. government, other than the President.”

“Never before has an independent agency exercising substantial executive authority been headed by just one person,” the court stated.

“The CFPB’s concentration of enormous executive power in a single, unaccountable, unchecked director not only departs from settled historical practice, but also poses a far greater risk of arbitrary decision-making and abuse of power, and a far greater threat to individual liberty, than does a multimember independent agency.

“We therefore hold that the CFPB is unconstitutionally structured,” the court ruled.

The court also sided with PHH’s RESPA arguments, ruling that captive reinsurance is, in fact, permissible under RESPA, as long as reinsurance charges do not exceed fair market value.

The court remanded the case for further adjudication, and PHH will now have to show it did not charge unreasonable rates in its agreements with reinsurers.

The CFPB also found that the CFPB violated PHH’s right to due process by applying its interpretation of RESPA retroactively and incorrectly, and that the CFPB is subject to RESPA’s three-year statute of limitations.

What happens to CFPB now?

Although PHH lobbied for the court to shut down the entire CFPB or even invalidate the entire Dodd-Frank Act until Congress passes new legislation addressing this “constitutional flaw,” the court decided to follow Supreme Court precedent and prescribed a narrower remedy.

The court severed the statute’s for-cause provision — which allows for the removal of a director for just cause — because this “will not affect the ongoing operations of the CFPB.”

The White House did not comment on the court’s decision by press time.

In a statement, the CFPB said it “respectfully disagrees” with the court’s ruling, asserting that other Supreme Court rulings have upheld Congress’ decision to make the director removable only for cause.

“The bureau is considering options for seeking further review of the court’s decision,” a CFPB spokesperson said.

“In the meantime, as the court expressly recognized, the bureau will continue its important work. Today’s decision will not dampen our efforts or affect our focus on the mission of the agency.”

PHH said in a statement that it is “extremely gratified” by the court’s decision, and it welcomes the chance to “present the facts and evidence to demonstrate that we complied with RESPA and other laws applicable to our former mortgage reinsurance activities in all respects.”

But what’s more, the company said it hopes the decision “will provide greater certainty to the entire mortgage industry regarding the industry’s reliance on long-standing regulation as to how to conduct business consistent with RESPA.”

In the coming days, we will analyze what the decision means for the real estate industry, which is already being hailed as “a major victory for PHH, industry and those of us who have worked diligently to ensure that RESPA is both respected and accurately interpreted,” as the Real Estate Services Providers Council Inc. (RESPRO) put it. 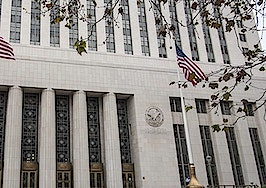