In November, NAR’s existing-home sales rose 0.7 percentage points to a seasonally adjusted annual rate (SAAR) of 5.61 million — up from an upwardly revised 5.49 million in September.

November’s sales pace is 15.4 percentage points above November 2015 and is the highest SAAR sales pace since February 2007.

The Northeast and South experienced an uptick in sales, and distressed sales increased 1 percentage point to 6 percent, which is still lower than a year ago. 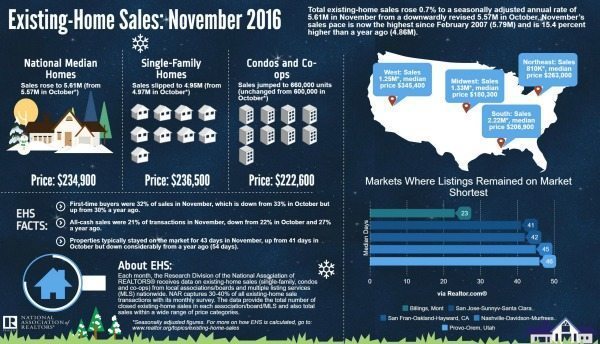 The median existing-home price for all housing types in October rose 6.8 percentage points to $234,900, which marks the 57th consecutive month of year-over-year gains.

“The healthiest job market since the Great Recession and the anticipation of some buyers to close on a home before mortgage rates accurately rose from their historically low level have combined to drive sales higher in recent months,” he said.

But Yun tempered his enthusiasm with a cautious note about inventory: “Existing housing supply at the beginning of the year was inadequate and is now even worse heading into 2017.

“Rental units are also seeing this shortage. As a result, both home prices and rents continue to far outstrip incomes in much of the country.” 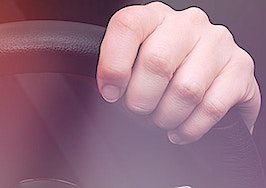