A growing number of brokerages want to be seen as tech-savvy real estate players – but how do business leaders assemble a good tech team if they don’t have the skills to recognize a good candidate? And how do they make their company appealing to these coveted engineers and developers?

A growing number of brokerages want to be seen as tech-savvy real estate players — but how do business leaders assemble a good tech team if they don’t have the skills to recognize a good candidate? And how do they make their company appealing to these coveted engineers and developers?

“Hiring amazing people is a power source for your organization, but hiring the wrong people can be a stress to the company,” Google Global Staffing Manager Nina Temple said during a panel discussion at Inman Connect New York.

Temple suggested drawing on your own network and organization to assess whether a candidate has the right skills you need.

“It’s important to make the tech assessment early,” she warned. “There is no point if they are good culturally but they can’t do what you are hiring them for.”

Sometimes you can have a good feeling about a tech candidate, but they’re just not good at selling themselves, so they might need a little help. After all, tech engineers are not necessarily known for their fantastic presentation skills.

Temple remembers offering coaching to a promising candidate before his second interview, because she thought he could make a big contribution at Google but needed help on his people skills.

“He was phenomenally innovative and creative. Picture perfect, but he was not projecting himself well. Using my head and my heart I thought, ‘I need to get him through the process. If we can hire him, he will do great things.'”

Temple said he grabbed the chance of coaching, and eight years later he is still at Google and thankful for this extra help.

Make your company appealing to techies

According to RealScout co-founder and CEO Andrew Flachner, it’s extremely important to have a brand that appeals to desirable tech candidates.

His real estate tech company works hard on hosting industry events, he says, and management often appears on panels where they can show what makes the company special.

“It’s about getting in front of a target audience. It could be that you appeal to a tech-leaning manager or an SEO executive,” he said.

“If you don’t find yourself sitting at the right table, make a table for yourself.”

Meanwhile, for a company that makes perhaps 20 job offers per year, like Flachner’s, he says you must be “110 percent ecstatic about the person you are talking to.”

He had a good tip for making candidates feel special when larger, bigger-named companies might be wooing them: Find out their interests outside of work. “We are constantly learning about the candidates and what they like doing in their off-time,” he said.

He was once interviewing an engineer who loved skateboarding, so he presented him with a custom-made skateboard with the RealScout logo, with “eat, sleep, hustle, play” inscribed on the board.

Another candidate he was very interested in was a basketball fan, so Flachner personally delivered a basketball hoop to his home with a hand-written note on the board from the team saying how much they wanted to work with him.

Jay Signorello, co-founder and CTO of Zillow-owned Naked Apartments, advised to choose your company’s technology package with care, or something that is used by the community and loved by engineers.

“I would recommend tech that is well-established, used by larger companies — but at same time, has a lot of buzz around it.

This will attract a ton of talent, and the engineers are going to love it, he said.

Signorello also warned against only looking at techies in your town. Working with remote engineers opens up more options and means you don’t have to keep competing with local competitors for a relatively small pool of talent.

“You can find a candidate in any part of the country who is super passionate to build your product.”

“We can’t all provide catered lunches and beanbags,” he said. “For us, we find what hits them emotionally. Make sure you cut out their commute, make their life at home comfortable.” 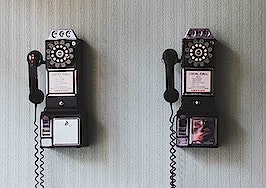 Why real estate agents already own their best tech tool 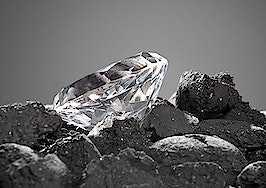 14 ways technology will change the future of real estate