The discussion rallied around its widely spread mispronunciation, which flies in the face of how the N.A.R. (the National Association of Realtors, often mispronounced as “Nar”) wants the word uttered.

The question posed: Why is a term that has been part of our lexicon for 100 years so misused?

Going in for the kill

At the onset, the word Realtor is what we refer to in branding as an “empty vessel.” It’s a made-up word with no meaning — no different than Intel, Lego or Pixar.

The strength of an empty vessel is the clean canvas it provides the brand to imbue with meaning.

The weakness occurs when what it’s filled with is unclear, light or meaningless.

“Realtor” suffers from the latter. The pillar it was built upon — ethics — is ambiguous in nature (what is ethics, really?) and can be interpreted in about as many different ways as the number of Realtors who have sworn to uphold them. As a result of this lack of consistency, there’s nothing substantial for the consumer to count on, hold onto and/or build any meaning around.

In situations when the consumer takes no real possession of a brand, they have no vested interest or emotion in it. They don’t know what it means, they don’t care what it means and couldn’t care less about whether they’re saying the word correctly.

Today, with agents more focused than ever on building their own personal brands, those who are Realtors see this problem as too much to bear and too big to solve. As result, many Realtors don’t bother saying it correctly — or worse, bother to correct those who say it incorrectly.

This simple reality begs the question — if after 100 years of failed attempts to build meaning around a word, would it be more prudent to kill it and start over with something fresh?

Let’s put politics aside. Let’s also couch the ongoing cost associated to managing the Realtor trademark. Let’s also suspend the disbelief that N.A.R. would change its name and actually do this.

I’m realistic to the confines of our industry. Nevertheless, as a creative, I’m always intrigued by the possibility of change.

So how would a rebrand even happen?

For starters, an archeological dig would take place to unearth the meaning of the word and its unique articulation.

Why Realtor? What influenced that word? Why the emphasis on tor?

The literal definition of “tor” is a hill or rocky peak. Did the early scribes of the word have that in mind when conjuring up the name?

As part of the dig, we’d want analyze the Realtor archetype. Part of this study would include an analysis of the Realtor circa 1913, which is arguably no longer in existence.

A comparison to today’s Realtor would commence to see where there is alignment and misalignment. Once a true archetype is created, traits and characteristics that apply to that archetype would be flushed out that would serve as the inspiration for the name.

We would also have to ask the hard questions to best understand the purpose of a Realtor and what the Realtor’s point of view is.

The current Realtor platform is built upon one pillar — ethics. Perhaps in 1913, ethics was an important attribute. One that people honored and respected.

Do they feel that way today? Is ethics something people believe in — or for that matter, even care about?

If so, we’d need to understand the nuance of it all. But what if ethics is merely a buzzword with little substance? Deeper, stronger pillars would have to be created.

Once all this is flushed out, words would be considered that house all of these emotions and assets.

There are several goals for choosing the right one.

For starters, while the word must be descriptive, it must also glide off the tongue with as little friction as possible.

Apple. Uber. Fitbit. XBox. Google. These are a few simple examples of words that roll out with ease.

This same idea applies here. The word can’t be complicated or harsh. These words repel people. In the case where the product or service is so desirable, brands will remedy that to make the word more acceptable.

This may offer another clear explanation why people refrain from the proper enunciation of Realtor.

It’s just awkward. When you say it, you feel like you’re mispronouncing it — especially because almost every word ending in TOR doesn’t have that strong emphasis.

I can think of these exceptions: janitor, Skeletor. And the space age robot from the 1960s whose power is in your hands.

Janitor, due its demeaning nature, changed to superintendent or custodian — two options that are positively descriptive and really fun to say out loud.

For the word to have gravitas, it must be associated with something people care about. Designations such as general, surgeon and Navy Seal have extraordinary value because people understand what they mean and respect what they stand for.

This reality is somewhat elusive for Realtor because, in too many cases, even Realtors themselves don’t buy the value of it.

Finally, whatever the new word is, its identity (marks and logos) should be designed to reflect its meaning.

Consider the three hidden elements within the FedEx logo that tell the brand story. Once you learn what they are, you will be moved. (Get it?)

The case to be made

Brands do more than just sell products. They enable people to share their personal points of view with the world.

Consider the entirely new meaning Hyundai gained for itself and its customers seconds after its Super Bowl spot played. It instantly went from being a cheap Korean knockoff to a brand that brings people together in extreme ways. Claiming oneself as a Hyundai owner now carries a whole new sense of pride than last week.

Zillow hits squarely on this emotion. By drafting behind Zillow’s modern, transparent vibe, the Zillow agent inherits that brand impression that being a Realtor does not. Not for consumers and not for Realtors — who these days use professional, specialist, broker and agent to distance themselves from the negative impression of Realtor.

This matters a lot.

We all know that real estate has this problem with about 80 percent of Realtors that give the whole thing a bad name. And while this may not funnel its way to the top of the discussion board at N.A.R., there’s an opportunity and a need to rethink this brand.

Think of how powerful a brand could be to agents right now that truly conveys the difference a Realtor makes.

Editor’s note: A previous version of this story misidentified Hyundai as a Japanese company. 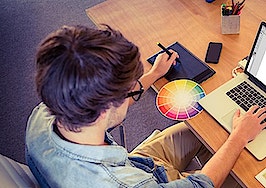 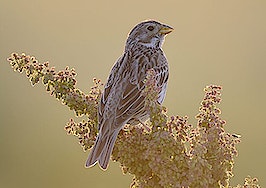 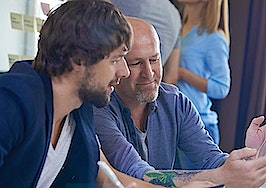 Why your 'squad' is the most valuable piece of your business