When “coming soon” listings blazed into the spotlight nearly three years ago, MLSss had a choice: support what agents and brokers were already doing among themselves or try to quash it.

When “coming soon” listings blazed into the spotlight nearly three years ago, MLSs had a choice: support what agents and brokers were already doing among themselves or try to quash it.

Several — many in hot real estate markets — picked the former and set up their own “coming soon” listing status, allowing their members to generate buzz for listings before they officially became “active” on the MLS.

And now, two California MLSs are taking the next step by sharing those upcoming “pre-market” MLS listings — as well as private, non-MLS listings (also known as pocket listings) — with each other.

On Feb. 13, the San Francisco Association of Realtors (SFAR), which operates SFARMLS, and East Bay Regional Data Inc. (EBRD), an MLS for brokers and agents in Alameda and Contra Costa counties, have signed an agreement allowing their combined 7,500 members to share such listings through a private social network called RESAAS (Real Estate Software as a Service) RealTime MLS, according to an announcement. 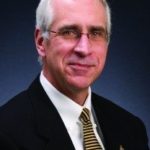 SFAR was the first to launch the tool to all of its members in November 2015. EBRD did the same last month.

Both are in red-hot markets, where demand for homes far exceeds available for-sale inventory and homebuyers — and their agents — are often compelled to look further afield for a suitable home.

“This agreement to share pre-market listing data with our neighbors who use RealTimeMLS will ensure that we do not end up with many fractured markets,” said Walt Baczkowski, SFAR’s CEO, in a statement.

“Agents in the greater San Francisco Bay area expect access to data without artificial barriers, and this is an important step.”

RealTimeMLS addresses an issue many cities across the country are experiencing: increasing numbers of listings selling before they appear on the MLS, according to RESAAS.

By bringing such listings back into the fold of the MLS, the MLS is able to offer its agent members more complete market data, the company has previously said.

In addition, some evidence does suggest that homes sell faster when marketed as “coming soon” first.

Other ways that agents have shared off-MLS listings include private Facebook groups, which critics say open agents and brokers up to liability in regards to limited listing exposure or potential fair housing violations. RealTimeMLS mitigates these concerns, according to the company. 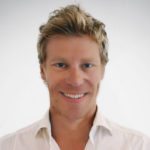 “The channels agents had access to previously were inefficient and unbalanced, allowing RESAAS’ technology to provide a solution that real estate associations are calling out for,” said Tom Rossiter, president at RESAAS, in a statement.

“Associations need to meet the needs of a changing marketplace and need to keep innovating. RealTimeMLS provides a more comprehensive view of regional housing inventory, including the ability to compare current for-sale properties against what will soon be available.

“We are proud to support the first two associations to take this step forward together, SFAR and EBRD, and provide the foundation for an agent-only, nationwide pre-market listing service.”

Per the deal, SFAR and EBRD will grant each other the right to access those listings with listing agreements signed (but not yet added to the MLS) for an indefinite time so long as both organizations continue to use RealTimeMLS.

SFAR and EBRD allow their members to keep listings in “coming soon” status within RealTimeMLS for up to 30 days before they must be added to their MLS, Rossiter told Inman via email.

RealTimeMLS is not primarily used to market pre-market listings, but rather to enable member-to-member communication in a central and secure area solely for fellow members, according to Rossiter.

“We do see lots of pre-market listings flow through the system, as well as on-market listings of course, but we see a greater number of client referrals and buyer needs — items that bring members new leads, deals and transactions,” he said.

The communication channel and the in-market buyer needs system will remain solely available to members of the same MLS, he said.

“What this announcement facilitates is a member of Association A being able to find pre-market listings within Association B’s market,” Rossiter added.

Expect more MLSs to do this

So far, MLSs representing nearly 100,000 Realtors use RealTime MLS, according to Rossiter.

He anticipates more MLSs will choose to share pre-market content and hinted that “[t]here will be more to follow on the growth of this topic very soon.”

“[T]his announcement sets precedent for other associations wishing to share more data, more of the time, and provide more value to their members,” he added.

“RESAAS has the agent-only ecosystem already in place to facilitate it, and scale it with ease. The rate of growth is now mostly determined by the industry leaders appetite to innovate.”

'Coming soon' listings are creative -- but are they effective? 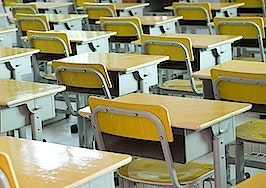 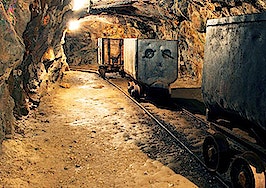 Is enriched MLS data the key to more sales? Remine thinks so