With foreclosures at a 10-year low, a good case can be made to take a look at strict lending standards that may be doing more harm than good.

For example, during the period immediately following the housing bust, from 2009 to 2014, 5.2 million mortgages that would have passed muster under cautious lending standards in place for many years before they slackened during the housing boom were denied.

Today’s standards, except for FHA borrowers, haven’t changed much since then.

Some proponents believe new techniques to analyze creditworthiness, like trended data, will also help some marginal borrowers qualify for loans.

Trended credit data takes a deeper dive into creditworthiness than the snapshots provided by credit scores and looks at multiple snapshots going backward in time to track trends in past behavior.

Trended data reports include up to 24 months of tradeline level credit information such as balance, credit limit, high credit, scheduled payment and actual payment. It exposes much more granular data about a borrower’s payment history on a monthly basis than traditional credit histories.

An Equifax December 2016 Consumer Credit Impact analysis found that on an annual basis the addition of trended credit data could result in 4 percent, or 267,000, more mortgages or improved loan terms for consumers who may have previously been ineligible.

Also, 4.1 percent or 65,000 more home equity lines of credit (HELOC) were issued to consumers who may have previously been ineligible.

In fact, in its notes to underwriters accompanying the new release of Desktop Underwriter, Fannie Mae said trended credit is expected to have minimal to no impact on the percentage of Approve/Eligible recommendations that lenders receive today.

“Before trended data, someone with a marginal credit score may have been good enough to qualify. With trended data, Fannie Mae can be more discerning. It may find that a borrower’s credit score was on a downward spiral as well as being not so great. That’s probably the prime example of how someone who would have qualified before trended data may not qualify today,” David Chung said in an interview.

Chung is the co-founder and managing director at CreditXpert, which provides trended data analysis tools to lenders as well as tools to help them identify opportunities to help borrowers improve their credit.

“On the flip side, you could have someone who may be not quite good enough but they are on the rise, steadily improving. As a result, maybe we’ll say yes to them when we wouldn’t have said yes before,” Chung said.

As far as whether trended data will have a net positive or negative impact on total mortgage approvals, Chung believes there is not enough data available, and it will probably take years to determine.

Trended data delivers an explosion of information and software like the tools to help lenders interpret the numbers to determine patterns of behavior and uses predictive technology to evaluate each borrower’s level of risk.

Chung recommends that real estate agents should work with buyers as early in the process as possible to find a loan officer who will go to bat for them because trended data produces so much information that every borrower’s personal situation is different.

“It’s important for Realtors to find a loan originator who is going to provide support for their buyers and give them personalized guidance,” Chung said.

What’s the single most important way to get trended credit to work for you? Care about credit all the time, not just when you are thinking about using it. 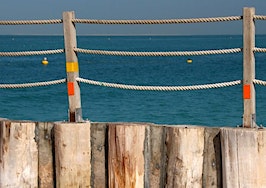 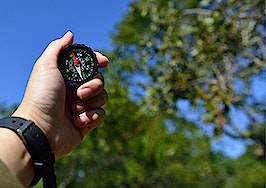 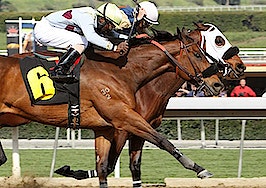