It’s not easy to enter Matterport’s world, but Ontario-based Planitar did so with gusto, giving the industry a lot to consider when clients ask about how to differentiate their listing.

It’s not easy to enter Matterport’s world, but Ontario-based Planitar did so with gusto, giving the industry a lot to consider when clients ask about how to differentiate their listing.

The company, which has grown from seven to 25 employees in the last two years thanks largely to the iGuide platform’s release in the U.S. market, announced last week the launch of iGuide VR, an update to its 3-D virtual tour and home interior mapping software iGuide.

Users wearing mobile-phone headsets can navigate through a home’s digital layout. As a person moves, so does the view of the home.

Unfortunately, the measurement tools aren’t available in the virtual world, but that’s not a detriment to the tech, it’s just not a practical application of the product. (But man, it would be cool to draw your fingers across the screen to get a distance read out. Paging James Cameron.)

The process for capturing a home for a virtual reality (VR) tour is the same as it is for standard 3-D iGuide tours, and iGuide VR uses retinal detection to move a person around a home.

Looking down pulls up the patented iGuide floor plan, and a focusing on a room for a moment will teleport the user into that space. This is a cool way to jump into the upstairs master bedroom from the foyer, for example. (Your Fitbit will never know.)

Navigational arrows step viewers forward, back and around.

The technology allows listing agents to immerse prospects in an augmented reality tour, sharing dimensions, distances, and of course, internal decor and furnishings. 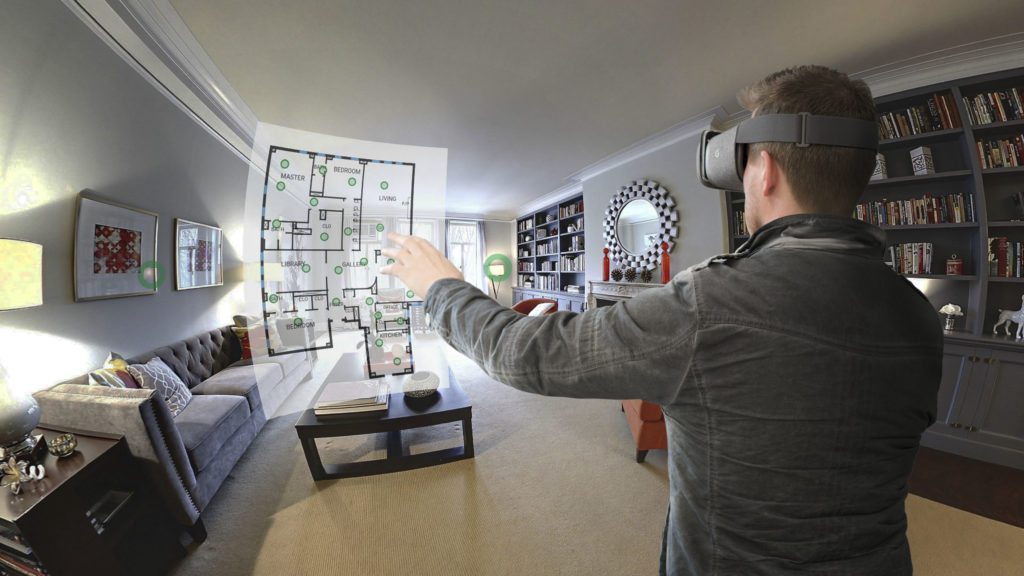 At any time during a tour, users can jump to a new room or floor, and are aware of their viewing perspective thanks to iGuide’s slick, animated “location beacons,” dropped at each original camera placement.

As with the standard iGuide tour, in-depth physical details are readily available, room-by-room.

Virtual reality tours are a natural next step for the iGuide product, despite some industry pushback to the technology.

In an January column, Inman contributor Mike DelPrete suggested that real estate agents view VR as a hindrance to their role in a transaction.

His point is valid, as all technology comes under fire from agents at one point or another. However, I don’t feel any agent is using VR as the only touring experience they’re offering buyers.

Kevin Klages, the company’s co-founder, is aware that demand for VR from agents isn’t extraordinary. But, they do like technology.

“Realtors like to tout having the latest and greatest technology at their fingertips … but this came form our effort to keep pushing the limits of iGuide.” To clarify, he added that this was a byproduct of sorts from the product’s ongoing capability growth.

I agree completely with the assessment DelPrete made in his column that there is no evidence VR will help sell a home faster. Not yet, at least.

Klages told me a real estate company he met with in Los Angeles believes it will. 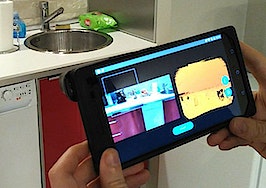 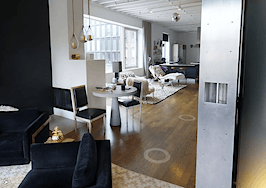 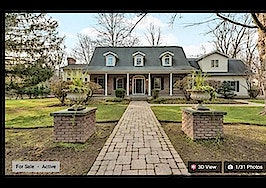