When Bravo announced that it would be filling the role left vacant by former Million Dollar Listing New York star Luis Ortiz, my brain was set aflutter with possibilities.

Who would be the next celebrity broker?

What brokerage would be represented?

Would they finally, after half a decade on the air, get a female headliner in the ensemble cast?

Unfortunately, there doesn’t appear to be a female in the future for this real estate reality show — and it’s really bumming me out.

Recently, the network announced that Steve Gold of Town Residential would be the lucky power broker wheeling and dealing alongside Douglas Elliman’s Fredrick Eklund and Nest Seekers’ Ryan Serhant.

Please understand, I have nothing against any of these guys; in fact, I like and admire them quite a bit. They make real estate look cool, and they have upped the status of real estate brokerage in popular culture. Plus, I am a huge fan of the show.

But, seriously, where are the women?

In fairness, Samantha DeBianchi starred in eight episodes of Million Dollar Listing Miami in 2014, but another prominent female lead hasn’t been announced since.

In reality, the National Association of Realtors (NAR) reports that more than 60 percent of all Realtors are female. Women successfully run many of the top brokerages in New York, including Stribling & Associates, which was founded by my mother 38 years ago.

Real estate is one of the few industries that allowed women to break the glass ceiling early and often because the inherent flexibility created a rare balance between work and home life.

Don’t get me wrong — the men on this show are all great agents: they’re successful, they’re hardworking, and they’ve earned this.

Even so, I don’t want little girls watching television at home with stars in their eyes thinking success in real estate revolves around a boys’ club; I want them to be inspired to kick just as high as Fredrick Eklund — and anyone else, for that matter.

I understand that television is about ratings, but you can’t tell me there’s not one female agent out there that wouldn’t bring the same drama, charisma, and eye-popping listings that wow viewers and drive advertising sales.

In fact, a recent study by the Boston Consulting Group found that women control or influence 73 percent of all household purchases. Wouldn’t it be interesting to see the financial success Bravo would achieve if it played directly to that audience by casting a leading lady on one of their popular Million Dollar Listing franchises?

In an age where #girlpower is the hashtag du jour, I’m genuinely surprised and disappointed that women aren’t at the forefront of real estate reality television.

It may sound trivial to some readers, but I find not being given a seat at the guys’ table a bit disheartening, especially since I am a real estate agent who works with other brilliant female agents — including my mother — on a daily basis.

This is arguably the largest and most widely-viewed forum in our industry, and it’s time Bravo made room for the ladies. 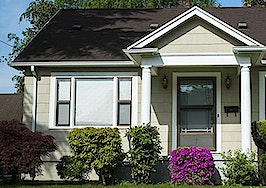 Neither luxury nor total gut job: 4 ways to honor the in-between home 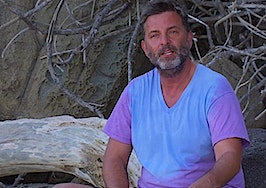