Zillow’s announcement about its Instant Offers program was a big deal. I think it will be remembered as a moment in real estate history when the industry veered in a new direction, the catalyst for a shift in focus and new perspective around how people sell their homes, rather than something scary. During the week, some funny and interesting stuff (gossip, in some cases) happened behind the curtain.

Zillow’s announcement about its Instant Offers program was a big deal.

I think it will be remembered as a moment in real estate history when the industry veered in a new direction, not something scary, but instead the catalyst for a shift in focus and new thinking around how people sell their homes.

During the week, some funny and interesting stuff (gossip, in some cases) happened behind the curtain. Here are a few of my riffs.

Opendoor shivering in its boots? Hardly

Last Friday, oddly enough, I was touring Opendoor’s San Francisco digs with founder Eric Wu at about the time that Inman got wind of the Zillow announcement.

I was blown away by some of the stuff Opendoor is working on, like room sensors that track visitors to make tours safe for sellers and agents, but easy for DIY buyers to see homes at any time of day (and part of the night — their open houses run from 6 a.m. to 9 p.m.) 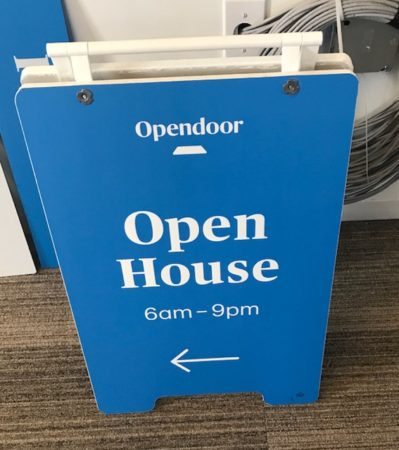 This company, a hotshot startup infused with Wu’s humility, is hiring super bright folks from places like Netflix, Facebook and Amazon and becoming a cool company that San Fran techies want to work for.

Zillow beware; this will not be a cake walk.

Based on Inman reader traffic, our breaking story about Instant Offers was not the top story of the last year, but it did come in very close in the no. 2 spot.

Our top story was published the day after President Trump was elected; it explored what his surprising election might mean for real estate.

Where did the traffic light up first when we went live with our story?

In Seattle, where Zillow is based, and Chicago, where NAR is headquartered.

If you had access to records of Spencer Rascoff’s private jet (or United Airlines red-eyes) last week, you would probably notice him traveling to places like Austin, Texas; Denver and New Jersey. Why?

I heard he met franchise executives to have eyeball-to-eyeball chats to lower their anticipated palpitations when they heard the news about Instant Offers. (I did not confirm the flight logs).

Face-off between bots and humans

We write and talk about robots in real estate all of the time. Now, we have a true test of who is better, the bot or the agent?

Through Instant Offers, a far-off faceless investor buys your house using technology. Or you, Mrs. Homeseller, hand off your home sale to a local human being (agent) who cares about you, your community and your destiny almost as much as you do — and who will probably get you more money (with more hassle).

Who built the product

Twenty folks at Zillow built Instant Offers in eight weeks, according to an insider:

“We did a full-day lockdown and presented ideas on how to navigate the change among homesellers, and we ended with a hypothesis, which we then ran consumer research on. The findings seemed to support the hypothesis, so we jammed on a fast test and pushed it out.”

And Zillow spent well less than $1 million on this initiative (which may fail).

Last week, Upstream nabbed an additional $9 million from Mother NAR, and the burgeoning two-year-old startup has little to show for the time and money spent already. Most of its bandwidth seems to be spent on sorting out politics among a myriad of stakeholders.

But I heard their last minute hard-coded demo in Portland went well, after they flew some engineers there to patch it together.

Part of the problem has been expectations. The company, operating in a fishball, could not keep its work under wraps like Zillow and most tech companies who guard against chatter until the product is launched. Zillow conisdered keeping its product a secret even after its test launch but realized word would leak out on social channels.

The true sign of tech entrepreneurship? Don’t worry about saving face — instead pull the plug on a product that is not going anywhere. It is tough to do. I’m still not good at it.

Some of my favorite quotes (with awards) from readers

These award winners commented on our Zillow Instant Offers stories.

“I Zestimate you eventually will cut agents out of the equation. Zanks,” wrote Ellen Ochoa.

The Sympathy for Jay Award

“I hope they’re paying Jay overtime this week,” wrote Brandon Doyle. (The Jay here is Jay Thompson, director of industry outreach for Zillow, who was tending to the social channels night and day after the news got out. I only saw him testy once or twice in his responses, defending the giant portal and defending his Zillow Premier Agents.)

“To quote the lyrics of a fitting song: ‘Despite all my rage I am still just a rat in a cage.’ For those agents taking part in the Zillow test: You’re nothing more than Zillow’s lab rat!” wrote Renee Royal.

How will success be measured? 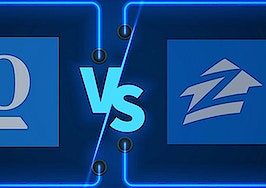