Zillow
by Marian McPherson
You successfully shared the article.
Close

Some aspiring buyers look to renting in the ‘burbs as a cheaper option, but Zillow’s latest rental study shows that rents in suburban and urban areas are facing affordability issues of their own. 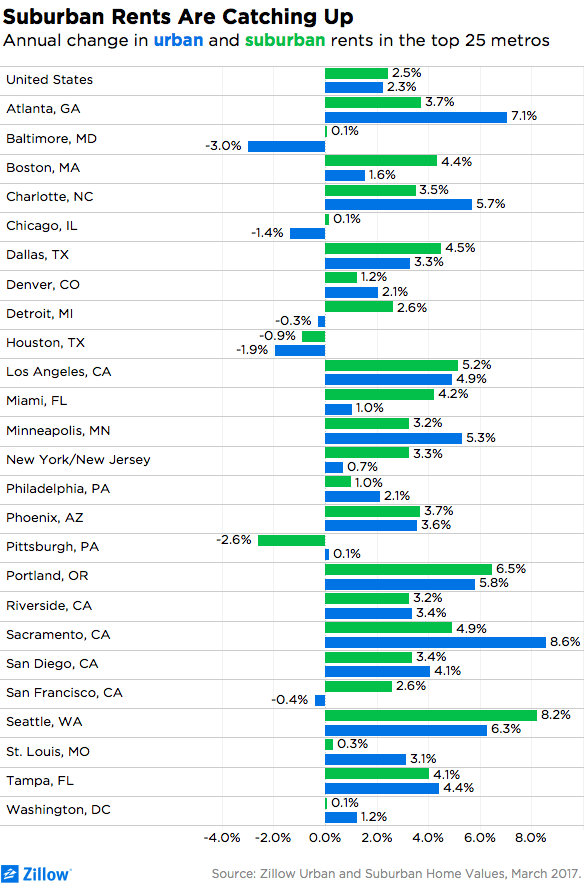 Zillow says the trend is more pronounced in booming housing markets such as Nashville, Tennessee; San Francisco; and Seattle; where residents are moving to the outskirts of the city to escape high urban rents.

The study revealed that the foreclosure crisis pushed homeowners to rent the same kind of single-family homes they once owned in suburban areas. From 2005 until now, the percentage of single-family rentals rose from 12.7 percent to 19.2 percent. 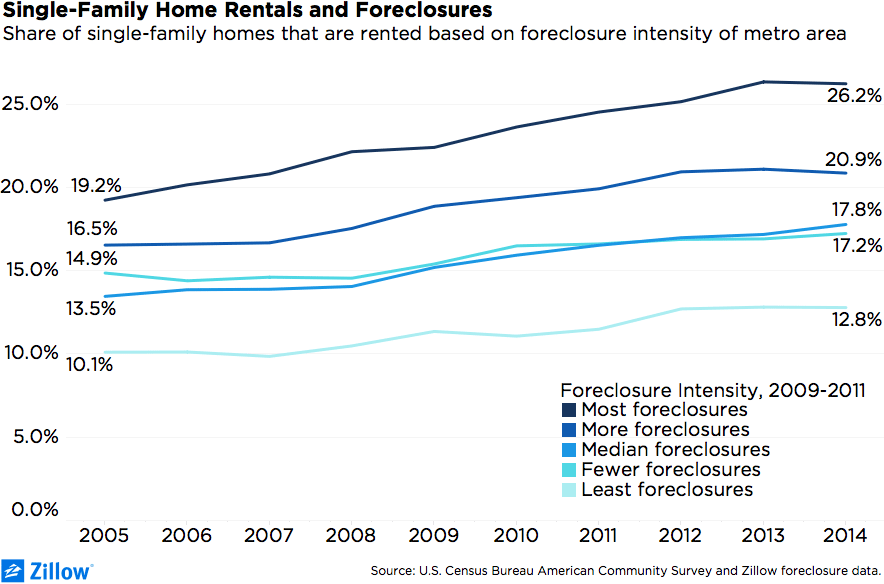 On the “bright” side, Zillow Chief Economist Dr. Svenja Gudell says suburban apartment complexes will experience a major upgrade to meet the needs of urban renters who are migrating to the outskirts of the city.

“Because walkable urban centers close to amenities are typically a big draw for renters, you’d expect rents to rise faster in the city than in the suburbs — which is exactly what we’ve been seeing until very recently,” said Gudell. “But a handful of factors are helping turn the tables and beginning to push suburban rents up at a higher clip.

“These include deteriorating rental affordability in expensive urban cores; new apartments, albeit high-end ones, opening downtown compared to relatively few in outlying areas; and preferences among some renters toward the space offered by single-family homes in the suburbs,” she added. “Rents themselves are still lower in the suburbs, but if demand keeps growing for suburban rentals and supply continues to lag, that will also start to change. 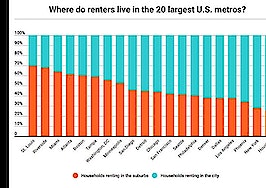