by Greg Fischer
Share this article
You successfully shared the article.
Close

Reposted with permission by Greg Fischer.

It’s been difficult to ignore the collective freakout by real estate professionals over Zillow’s recent announcement on Instant Offers.

Familiar discussions ensued about “what’s right for the homeowner” and “what’s fair to agents and lenders,” and on the shape of things to come.

But a critical voice was excluded from these conversations once again.

Consider anecdotes from reporters at the Orlando Sentinel (in the video) in a market where Instant Offers rolled out to get an idea about what consumers think.

“In some ways, it seems like it releases stress for some people that wanted to just unleash their house.”

“I like the fact that I don’t have to declutter or put all the toys away or fix the broken screen.”

It wasn’t long ago that selling a house required homeowners to endure painful levels of uncertainty regarding how much it would sell for and how long it would take to sell it.

It involves a human element that introduces errors, omissions and risk to the process. Before Zillow, Redfin and others, you couldn’t even find an address online, much less get an offer.

With Instant Offers, consumers finally have a reliable pricing floor on their biggest investment instead of just a (Z)estimate. Look how far we’ve come. 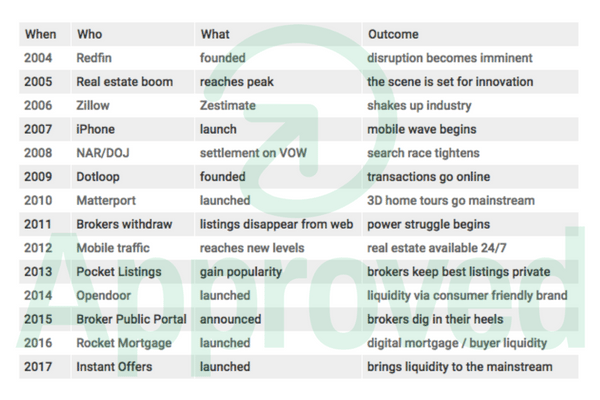 The truth is, Instant Offers provides a window into what one next-generation real estate user experience is going to look like. Despite its label as an experiment, the program is headed down a road already paved by institutional investors and new startups in the space that have traction.

Thousands of consumers in Phoenix, Dallas and Las Vegas have already validated interest in a similar model by selling their homes to Opendoor, a company that provides offers within 24 hours, closes within a few days, performs a few upgrades  — and then sells the house at a premium.

All of this without disturbing the homeowner or introducing risks found in most real estate deals. But this convenience comes at a cost: lower offers and higher fees than what most sellers incur with a broker.

Instant Offers works much like Opendoor, but functions as a marketplace instead of an operator. It provides owners with more options than simply just an offer from one of its investor partners.

It also includes a comparative market analysis, an evaluation of how the home might perform on the open market if listed with a broker, from a local real estate agent. Two (or more) proposals to consider, both anchored against an ever-improving Zestimate.

It might help to think of Zillow as Expedia and Opendoor as Southwest Airlines when trying to compare these two models.

Opendoor powers its home offer services through a proprietary experience and funds its own purchases, much like Southwest sells tickets directly through its own website and only flies its own airplanes.

Zillow is not operating as a brokerage or a buyer here.

Instant Offers is simply an ad product for investors and agents to sell services to homeowners as well as a new entrance into the real estate transaction funnel for consumers who own homes and want to evaluate options for selling it.

But just like Expedia doesn’t sell tickets for Southwest Airlines, Zillow doesn’t sell its Instant Offer services for Opendoor. And now these companies are in direct competition in Las Vegas, a risk identified by Mike DelPrete back in December, that raises some important questions surrounding what kind of margins really exist in these transactions and whether or not brand equity will make a difference in consumer behavior.

“Ultimately, we believe a major long-term risk to Opendoor is that the key elements of its seller customer experience  — a fast and well-priced offer  — are replicable.”

In that piece, DelPrete argues that Opendoor’s “trusted brand will provide a barrier against new entrants,” but I don’t think that anyone was considering that Zillow, a real estate brand owning the majority of consumer goodwill that even exists in the market, would be its primary competition.

And while Opendoor has proven to be a formidable force in Phoenix, Dallas and Las Vegas  —  who would bet against Zillow in the battle for hearts and minds?

It’s kind of like the recent ridesharing kerfuffle in Austin where Uber just resumed service after leaving the city in political protest over a year ago.

Its absence spurred the popularity of alternative ridesharing apps, but its return to the region has already resulted in one of those apps leaving town and another one asking for donations to fund itself in the wake of Uber’s revival.

Has Opendoor earned more consumer goodwill in its target markets?

As expected, the industry went into a tailspin in reaction to Instant Offers. Responses varied, but the sentiment was clear; new entrants not welcome.

Real estate agents accused Zillow of “becoming a brokerage” and claimed consumers would be “harmed by lowball offers.” A petition signed by nearly 25,000 agents addressed to the National Association of Realtors (NAR) demands the association require Zillow to stop the program — or else.

NAR didn’t miss the chance to get a word in, saying in a memo, “As a publicly traded company that has yet to show a profit, Zillow will always be experimenting with ways to generate revenue as it must placate its shareholders.”

As a trade association trying to stay relevant, expect NAR to continue making statements like this one as it must placate its members.

It’s easy to understand why agents would rally around such defensive narratives, but protectionist themes sound wildly more anti-consumer than what they were initially in response to in the first place and certainly don’t look good on an industry suspected of maintaining status quo at all costs.

Besides, consumers aren’t being forced to sell their homes at gunpoint. They have more information and opportunities for liquidity now than ever before.

Agents, brokers and lenders might consider developing products and services around this new consumer disposition rather than fighting it.

While as of June 5, nobody had accepted a bid through Instant Offers, Opendoor CEO Eric Wu said 30 percent of people who request an offer from his company end up taking it. This is an underserved niche continuing to grow.

Lenders reacted a similar way to Rocket Mortgage even though user behavior showed that a simplified online loan application would resonate. The service accounted for $7 billion of a record $96 billion in closed loan volume for Quicken Loans last year, despite lenders wishing it hadn’t.

According to FirstData, 71 percent of millennials would rather go to the dentist than listen to what banks have to say, but lenders still resist bringing their operations entirely online. Not surprisingly, 80 percent of Rocket Mortgage users were first-time homebuyers.

Although bringing home search online was an important first step, the real estate transaction is evolving quickly for homebuyers and homeowners. Things are going to change for them. Pain points are being removed.

This isn’t like throwing spaghetti at the wall to see if it sticks. Frankly, the Zestimate isn’t going to cut it anymore. Owners want to know what their house will sell for today. Zillow finally put its money where its mouth is.

Isn’t that what the industry wanted all along? The true value of a house is what a willing and able buyer will pay for it. Now Zillow has 15 of them and an army of loyal top producers who want a chance to win the listing too.

It’s too early to tally up the scorecard to see who wins and loses here. But we can say without a doubt that investment in this category will benefit the consumer. Who provides the experiences they crave is still up for grabs.

As real estate transactions get more efficient for homeowners, look for new mortgage technologies to bring the same efficiency and liquidity to the makret for homebuyers.

In a world where you can sell your house in a few days at a discount to institutional investors, wouldn’t it be nice to sell it in a few days to a human?

Greg Fischer is a principal real estate broker at Fred Real Estate Group in beautiful Bend, Oregon and an advisor and friend to Approved. Find him on LinkedIn. 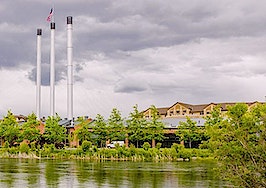 How a broker in Bend, Ore., connected LinkedIn to its latest product update 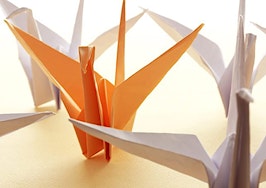 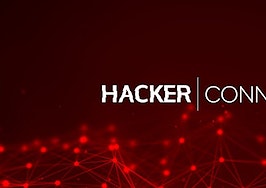 What to expect at Hacker Connect