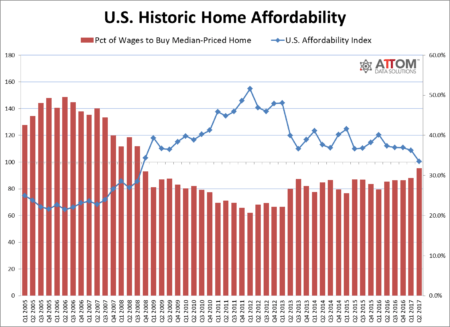 “While home price appreciation in the second quarter accelerated to the fastest pace in more than three years, wage growth turned negative, posting the biggest year-over-year decrease in five years in Q4 2016 — the most recent average weekly wage data available,” said Daren Blomquist, senior vice president at ATTOM Data Solutions. “That combination of accelerating home price growth and slowing wage growth, along with mortgage interest rates that are up nearly 50 basis points from a year ago, eroded home affordability nationwide to the lowest level in nearly nine years, and pushed the highest share of markets beyond the threshold of normal affordability in nearly eight years.” 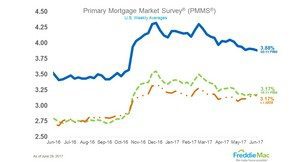 “The 30-year mortgage rate fell 2 basis points to 3.88 percent this week,” said Sean Becketti, chief economist, Freddie Mac. “However, the majority of our survey was conducted prior to Tuesday’s sell-off in the bond market which drove Treasury yields higher. Mortgage rates may increase in next week’s survey if Treasury yields continue to rise.” 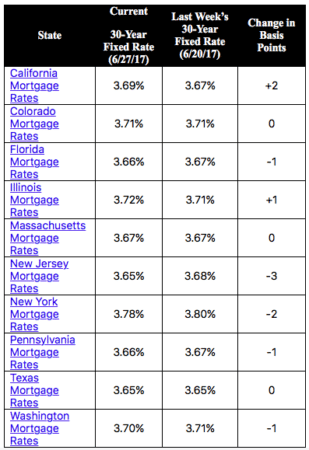 “Mortgage rates were flat last week and we expect the relative calm to continue leading up to the Fourth of July holiday,” said Erin Lantz, vice president of mortgages at Zillow. “Lenders are likely to price conservatively going into the holiday weekend. A couple of Fed speeches midweek could push small movements in rates, but overall we expect another quiet week.” 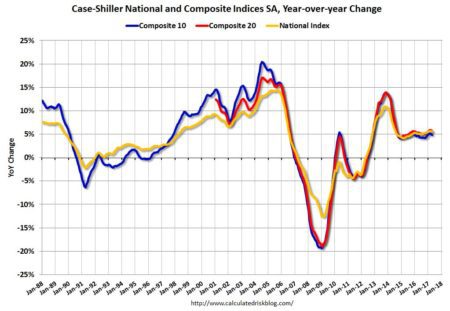 “As home prices continue rising faster than inflation, two questions are being asked: why? And, could this be a bubble?” said David M. Blitzer Managing Director and Chairman of the Index Committee at S&P Dow Jones Indices. “Since demand is exceeding supply and financing is available, there is nothing right now to keep prices from going up. The increase in real, or inflation-adjusted, home prices in the last three years shows that demand is rising. At the same time, the supply of homes for sale has barely kept pace with demand and the inventory of new or existing homes for sale shrunk down to only a four- month supply. Adding to price pressures, mortgage rates remain close to 4% and affordability is not a significant issue.” 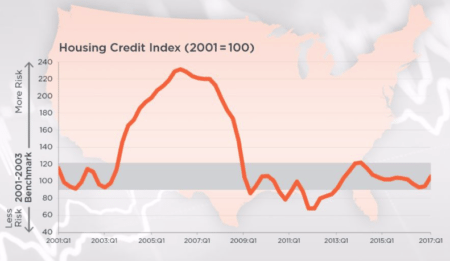 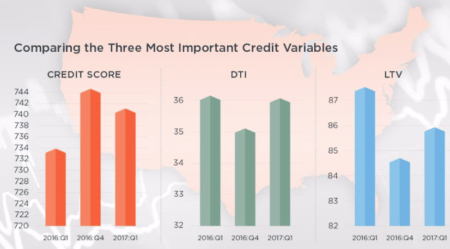 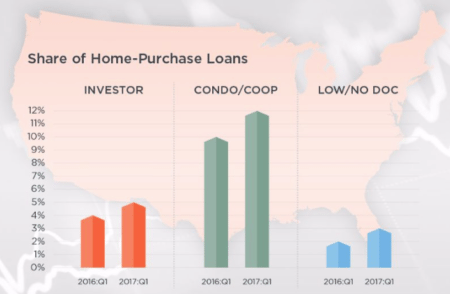 “Mortgage rates during the first quarter of 2017 were up about 0.5 percentage points from a year earlier,” said Frank Nothaft, chief economist at Core Logic. “Since 2009, for every one-half percentage point increase in mortgage rates, the average credit score on refinance borrowers has dipped by 9 points, and this pattern will likely continue if mortgage rates move higher. That is because when rates rise, applications drop off and loan officers spend more time with the applicants that have less-than-perfect credit scores, require more documentation or have unique property issues.” 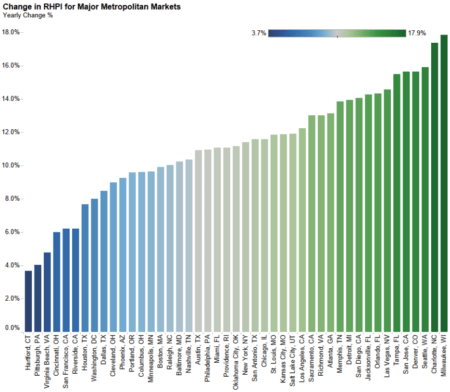 “Despite the monetary tightening policies of the Federal Reserve, a dip in the average rate for a 30-year, fixed-rate mortgage and wage gains increased consumer house-buying power sufficiently to offset the gain in unadjusted house prices. The decline in real, purchasing-power adjusted house prices between March and April was the largest month-over-month decline since July 2016,” said Mark Fleming, chief economist at First American. “While this is welcome news for home buyers, the number of homes listed for sale is not meeting consumer demand and markets are getting tighter. As a result, affordability declined 11 percent on a year-over-year basis. That’s a bigger drop in affordability than the 5.7 percent caused by unadjusted house-price appreciation alone and reflects the impact of rising interest rates and tightening supply.”