Reposted with permission from Rob Hahn.

I have been waiting, wanting and hoping for Redfin to go public for a few years now — and for a bunch of reasons, mostly having to do with getting another company in real estate to have to report publicly about its operations and its numbers.

Well, my wish has been granted. Redfin just filed its S-1 to go public a couple of days ago.

This is a game changer. The industry as we know it will never be the same after Redfin’s IPO. I’ll post on that later, but I wrote most of this before I started thinking harder, so I figure I might as well share this with you while I work on the bigger piece.

The first thought that struck me was that if Redfin manages to price correctly and raise $100 million from its IPO, it would dwarf what Zillow managed in its IPO in 2011: $69.2 million. And we’ve all seen what Zillow became after its IPO.

What will Redfin be after its IPO?

On the other hand, Redfin claims to be a brokerage company, so maybe the proper comp is Realogy? Well, Realogy’s market cap is about $4.5 billion on 2016 revenues of $5.8 billion. That’s right; its valuation is lower than its revenues — by $1.3 billion.

And Re/Max, a franchisor, has a market cap of about $1.7 billion on $176 million in 2016 revenues. It’s hard to think of Re/Max as a comp for Redfin though, because they’re so different.

One of the more interesting comparisons is Redfin and Zillow at the time when Zillow went public.

But the two things I thought were most interesting was how much each company was spending on sales, marketing and technology.

Redfin in its S-1 reports:

Redfin is way ahead of Zillow in terms of where the two companies were at the IPO filing.

Now, of course in 2017, Zillow dwarfs Redfin in every measure: revenue, technology spend, marketing spend, etc. In 2016, while Redfin spent $34.6 million on technology and $28.6 million on marketing, Zillow spent $273 million and $380 million, respectively.

At the time of Zillow’s IPO, very few people thought Zillow was going to be the top dog in real estate within a couple of years. And yet, that’s exactly what happened.

Do some ratios though.

In other words, it’s going to be a lot more difficult for Redfin to catch Zillow than it was for Zillow to catch Move. The key spending ratios are dramatically higher for Zillow : Redfin.

This is not to say it can’t happen or won’t happen. It’s just to make an observation.

One difference is that Move didn’t increase its investment into technology as the upstart Zillow was breathing down its neck. Here’s Move, Inc.’s technology spending as Zillow was climbing up:

Compare that to Zillow’s technology spend over the past few years:

You find similar patterns in the marketing spend. Move actually decreased its marketing spend over the five years from 2007-2011. Zillow dramatically increased marketing from 2012-2016.

I have a feeling that Spencer Rascoff and crew aren’t going to sit back and watch Redfin go public, ramp up its marketing and technology, become a serious competitor and do nothing or even worse, start decreasing its own investments as Move once did.

If anything, I could easily see an arms race between those two companies that will suck the oxygen out of the room for everybody else.

Finally, the S-1 really makes me think that Redfin should send a case of wine to Zillow or something for providing a smokescreen of distraction as evil personified in real estate.

Because while the industry kept Jay Thompson busy and employed with all of the outrage and #Zaterade and Zillow Fever stuff, Redfin built up precisely that which the Zillow haters constantly harp on Zillow about.

For example, the Zestimate. The industry hates the Zestimate, right? Because no computer can be as accurate as a living agent. Well, Redfin has the Redfin Estimate, which the S-1 describes thusly:

“Our access to detailed data about every MLS listing in markets we serve has helped us build what we believe is the most accurate automated home-valuation tool. According to a 2017 study we commissioned, among industry-leading websites that display valuations for active listings, 64 percent of the listings for which we provided a public valuation estimate sold within 3 percent of that estimate, compared to only 29 percent and 16 percent of the public estimates for the two other websites in the study.”

But I think about the outrage from the real estate interwebs because Zillow “crossed the line” into the brokerage world with Zillow Instant Offers and wonder why the chorus of crickets when it comes to Redfin.

Speaking of Zillow Instant Offers, that sucker triggered so many fragile, fear-driven agents that there’s a #StopZillow movement complete with website. Amazingly, in one of the announcements about Bob Goldberg’s being named as CEO, the comments are all full of “When are you gonna fight against Zillow?” type of stuff.

Meanwhile, Redfin is debuting Redfin Now. Which is exactly like Zillow Instant Offers, except that no other agents or brokerages can participate. Cool!

And the best part is, you know all that “Zillow is making billions exploiting our data!” stuff that’s like, everywhere? Well, read ’em and weep:

“As a brokerage, Redfin has complete access to all the homes listed for sale in the local multiple listing services, or MLSs, in the markets we serve. MLSs are used by real estate agents to list properties and coordinate sales. Although websites that do not operate a brokerage often have access to these MLSs, the terms of their access vary widely. As a result, brokerage websites often get more listings from MLSs, or more detail about each listing, than other websites.

“Access to this extensive data, paired with local knowledge, lets us give our customers what we believe to be the most comprehensive information on homes for sale.

“Additionally, our streaming architecture is designed to recommend listings to our customers by mobile alert or email soon after these listings appear in the MLS. These advantages in loading listings data and quickly notifying consumers come not just at the listing debut in the MLS, but in recognizing when a price changes or a home sells. For over 80 percent of these listings, we can show the listing on our website and mobile application within five minutes of its debut in the MLS. According to a 2017 study we commissioned, we notify our customers about newly listed homes between three to 18 hours faster than other leading real estate websites.”

Let’s not forget that Redfin was never seriously a listing brokerage, even with its 1 percent commission thing, for years. Most of its revenues came from, and still come from (70 percent or so), representing buyers who come to the Redfin website to view listings of (you guessed it!) other brokerages.

Talk about making billions on the data of real estate agents and brokers, yet, no outrage.

Redfin is not a brokerage, guys. Seriously. Check your premises.

Why do I say that?

Because there is no way in hell Redfin is going public at brokerage valuations. Nobody who matters thinks Redfin is a brokerage. Look at the coverage in the media — it all mentions Zillow. It doesn’t mention Realogy and Re/Max and HomeServices of America.

If Redfin is a brokerage, making $256 million in revenues and losing tens of millions every year. It’s worth zip. Zilch. Zero. Nada.

If Redfin is a technology company that happens to make money from commissions — it’s worth $3 billion or so (or more).

I’ll do a bigger post later on Redfin once I’ve thought through some more things and read the S-1 more, but boy, all y’all who are on the #StopZillow crusade are going to be awfully sad when the supercharged Redfin with IPO cash and stock-as-currency comes to eat you all for lunch and makes all of your worst nightmares come true.

I am writing the conclusion after my “let me think about this more” time so, let’s just say this is a big deal. I can see everything changing in the relatively near future. Yep, big things poppin’ and little things steppin’. For now, enjoy the tidbits of thought above. 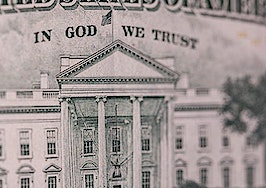 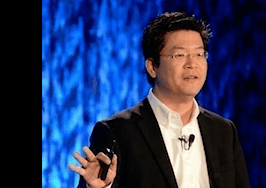 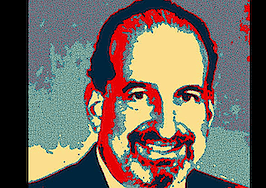 Why Bob Goldberg, NAR’s new CEO, has some convincing to do