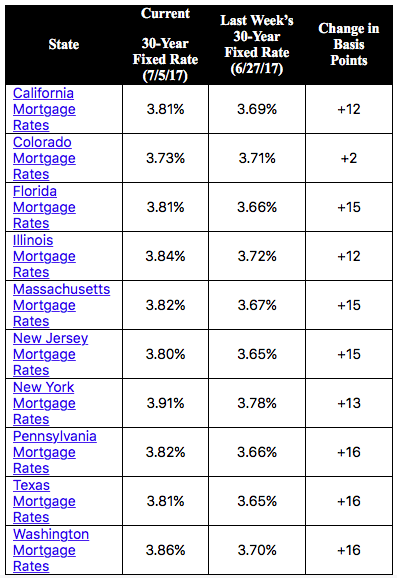 “Mortgage rates moved decisively higher last week, reaching their highest levels in two months, on speculation that the European Central Bank is looking to end its bond-buying program which has helped hold down long-term interest rates around the world,” said Erin Lantz, vice president of mortgages at Zillow. “Despite a holiday-shortened week, important economic news later in the week – notably today’s publication of the minutes from the Federal Reserve’s June meeting and Friday’s monthly jobs report – could move rates.”

CoreLogic U.S. Home Price Insights, Through May 2017 with Forecasts from June 2017 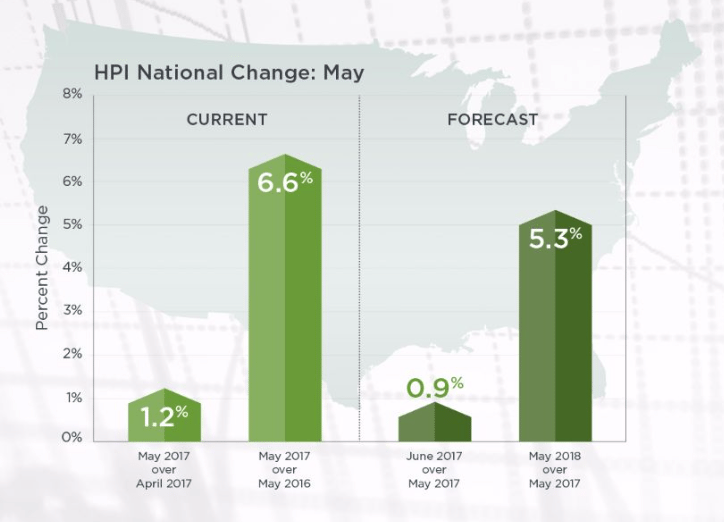 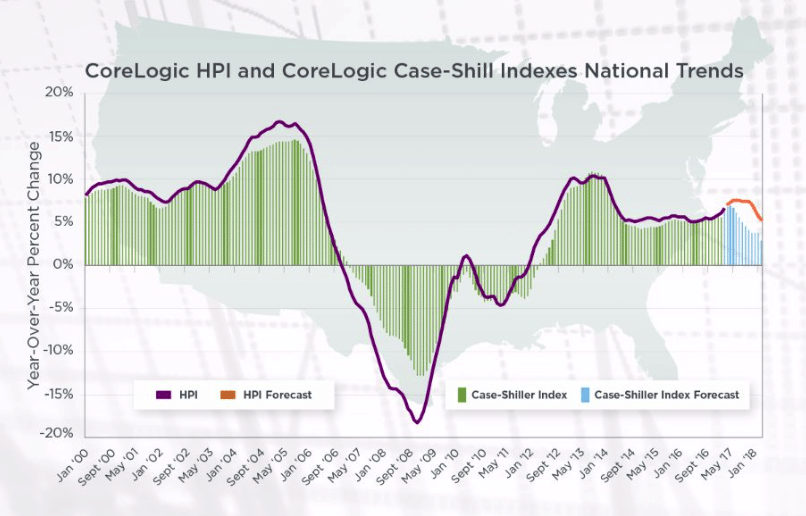 This graph shows a comparison of the national year-over-year percent change for the CoreLogic HPI and CoreLogic Case-Shiller Index from 2000 to present month with forecasts one year into the future. 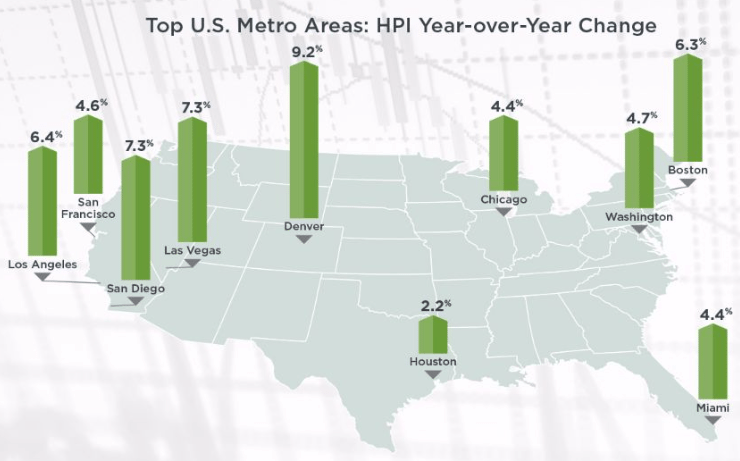 These large cities continue to experience price increases with Denver leading the way at 9.2 percent year over year.

“For current homeowners, the strong run-up in prices has boosted home equity and, in some cases, spending,” said Frank Nothaft, chief economist at Core Logic. “For renters and potential first-time homebuyers, it is not such a pretty picture. With price appreciation and rental inflation outstripping income growth, affordability is destined to become a bigger issue in most markets.”