Agents, be on the lookout: If you’ve recently gotten an invoice demanding $225 from an organization calling itself the Florida Real Estate Board, don’t pay it. That entity is the same one allegedly behind the fake “Florida Board of Realtors” mailers that went out earlier this year. It appears the alleged scammers are at it again, but with a new name.

Agents, be on the lookout: If you’ve recently gotten an invoice demanding $225 from an organization calling itself the Florida Real Estate Board, don’t pay it.

That entity is the same one behind the fake “Florida Board of Realtors” mailers that went out earlier this year. It appears the alleged scammers are at it again, but with a new name.

In March, Florida Realtors, the state Realtor association for the Sunshine State, urged its 165,000 members to ignore bills for $225 from an entity claiming to be the “Florida Board of Realtors” — which is not a registered corporation.

Now, Inman has received several unsolicited emails from readers saying they’ve received these demand letters, but with a slightly different name, the Florida Real Estate Board, which has not been an active corporation since 1936.

The URL listed on the letters is now www.floridarealestateboard.org, changed from www.floridaboardofrealtors.org. The website looks virtually identical to the previous one, though it appears to be more functional — some of the links work on this version of the site that didn’t before.

The letters, which could be taken as dues notices by unsuspecting agents, are nearly identical to the original mailers and threaten that “Failure to respond with your 2017 Agent Board Listing may lead to closure of board listing.”

The forms also include language regarding reporting requirements for criminal convictions, suggesting that not answering the form will put the agent’s state real estate license in danger.

“We’re getting hundreds of calls [from members] letting us know that they’ve got these mailers. Thankfully, we are not aware of anyone that’s paid the second one,” Margy Grant, Florida Realtors’ general counsel, told Inman.

“There are sophisticated folks out there looking to target [agents] and obviously we don’t want this to happen in any other state,” she added.

Grant said nearly 125 people have paid the $225 fee, totaling more than $27,000, but asked Inman to confirm those figures with the Broward County Sheriff’s Office. The sheriff’s office declined to comment for this story, saying, “This is an open investigation and we are not at liberty to discuss anything at this time.”

Grant said a cease-and-desist letter addressed to the “Florida Board of Realtors” received no response.

“These guys are unbelievable. They stopped using the word ‘Realtor’ because the National Association of Realtors’ legal department jumped in and helped us,” Grant said.

In March, NAR filed a complaint with the Internet Corporation for Assigned Names and Numbers (ICANN), which manages the Internet’s domain name system, to get the floridaboardofrealtors.org domain name transferred to NAR. The trade group prevailed in May.

“The perpetrator was forced to transfer ownership of that domain name to NAR and we have since deactivated it,” NAR spokeswoman Sara Wiskerchen told Inman via email.

In its decision, ICANN said it did not find the arguments of the domain registrant (the “Respondent”) “sufficiently compelling” and found NAR’s “version of the nature of the unlawful solicitations more likely than the Respondent’s claim to innocent mailers to be true.”

ICANN also took into consideration “evidence of what appears to be the fraudulent solicitation of information and money” on the part of the registrant.

Who’s behind the domain?

The Florida Board of Realtors domain was registered on Dec. 31, 2016 and the registrant is Edouard Joseph of Prince Development LLC. Prince Development, which is located in a million-dollar golf club home in Boynton Beach, operates skin care company Prince Reigns, whose flagship product is an ingrown hair serum. 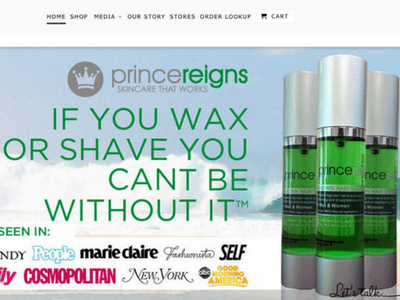 According to NAR’s general counsel, Katie Johnson, ICANN’s decision revealed Edouard Joseph’s name, which allowed Florida Realtors’ Grant and law enforcement to “quickly contact the perpetrators since NAR help reveal their identity. Margy [Grant] should be able to tell you what resulted from their contact.”

Grant was unavailable for comment by press time and Johnson said she didn’t know further details. The Josephs do not appear in Broward County’s arrest search.

Edouard Joseph filed for Chapter 13 bankruptcy in May 2014, which was later converted to Chapter 11 bankruptcy. In a 2016 disclosure statement to creditors submitted as part of a reorganization plan, Joseph said that prior to filing for bankruptcy protection, “the Debtor had enjoyed a business [as] an independent contractor and product sales company; market forces reduced the ability to maintain the accounts he previously had, creating a negative cash flow that was not sustainable by the Debtor. It was these difficulties that caused the need for the filing of this case.”

According to the disclosure, Joseph’s debts include $1.5 million in mortgage debt for his home, as well as more than $700,000 in other debts. Chapter 11 bankruptcy allows the debtor to re-negotiate the terms of a loan with creditors, as opposed to chapter 7 bankruptcy, which sells off the assets of the debtor in order to repay the debt. Joseph’s reorganization plan calls for him to pay off creditors with his own income.

“In deciding to seek reorganization, the Debtor considered access to financing as well as his ability to maintain the company on a going-forward basis [and] based upon that analysis decided to reorganize his finances in order to restructure debt and streamline business operations,” the disclosure said.

Reached over the phone, a man answering to Joseph’s name said he had nothing to do with the Florida Real Estate Board mailers and when asked whether he owned the Florida board’s website, he said, “I don’t think so” and added, “We have a lot of domains for resale.” He said the police had not been in contact with him. When asked about Prince Reigns, he hung up and did not respond to a subsequent phone call or a detailed email.

Someone claiming to be his representative later called Inman and said Joseph would comment on the condition that neither his bankruptcy nor his company would be mentioned in an article. Inman declined and the man hung up.

Christine Joseph did not respond to a request for comment. Inman subsequently received a statement from “the Florida Board” from a floridarealestateboard.org email address:

“A few months ago the board launched a new website intended to leverage the power of social media to assist those who sell real estate; to market their services much easier as NAR has not efficiently done that to date. Within a few days of launching the site the National Association of Realtors sent out scam alert in an attempt to discredit our efforts, as we mistakenly used their ‘realtors’ trademark.

“We realize that due to the mistaken use of the REALTORS® trademark in our name, this might have sent the wrong message and so we immediately notified all respondents by mail and halted all marketing efforts until those issues were addressed, and for those who only wished to use the services of the National Association of REALTORS® we offered a full refund and to date no one has replied regarding a refund. Due to this conflict we have made the decision to change our name from Florida Board of Realtors to Florida Real Estate Board.

“We are committed to bringing Sellers/Buyers and Sales Associates together more then [sic] ever, and will continue to build the largest platform to accomplish that task.”

Inman got an email from a reader who did receive this refund offer and has asked for his money back.

After this article published, Inman received an email response from the same “Florida Board” email address, responding to Inman’s request for further comment, which included a series of questions about the mailers and their purpose.

“Are we not supposed to charge for our services? We are not a non-profit 501(C)3. We are a for profit corporation. Does NAR not charge a fee for membership?” wrote “the Florida Board.”

And in response to Inman’s question about why the mailers asked agents about criminal convictions, the “board” wrote: “We were only interested in agents who did not have infractions or issues and needed a means to weed out those with issues.”

The Florida Board said it had “no knowledge” of Edouard and Christine Joseph, but did not respond to a subsequent request for comment asking him or her to identify themselves.

Earlier this week, Grant urged agents to be vigilant and spread the word to their coworkers. “If you see something say something. Work together so that everybody understands that these are criminals who are targeting the industry,” she said.

Bret and Trixi Huish, an agent team with Keller Williams Realty Classic Group, worried that new agents might get caught in the scam if it isn’t shut down soon.

“As Realtors we hold ourselves to a high standard and to see this blatant criminal con game is offensive. We hope these crooks are caught and put away,” Bret Huish said via email. 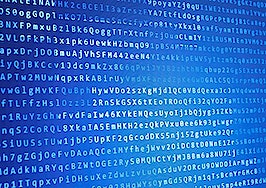 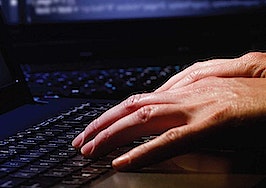 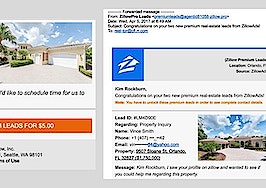 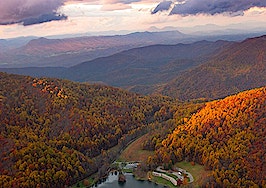