News Corp., the global company that owns and operates realtor.com through its subsidiary, Move Inc., reported $8.14 billion in revenue for fiscal year 2017, down 2 percent from $8.29 billion the year prior.

As revenue lowers in the company’s news and information services sector, its digital real estate services –which include realtor.com operator Move and REA Group — continue to bolster its earnings; digital real estate was responsible for nearly 40 percent of News Corp’s profits for fiscal year 2017.

“We expect to expand earnings in coming years as the sector is still at a relatively early stage of its e-evolution,” said Chief Executive Robert Thomson in a statement accompanying the earnings results covering 2017’s full year and fiscal fourth quarter results. 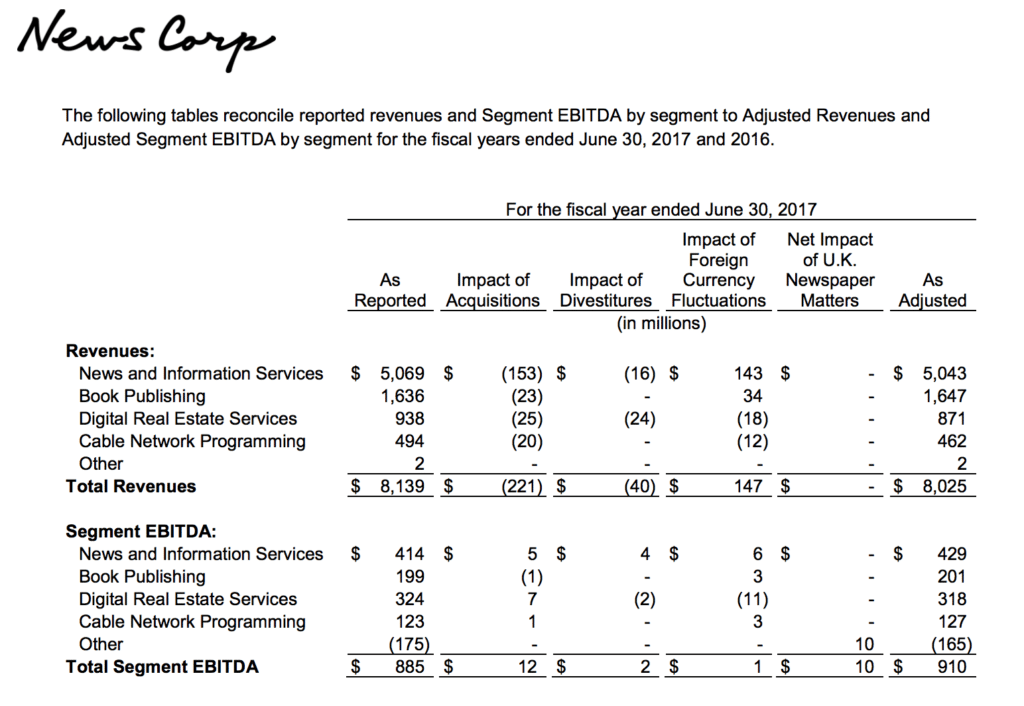 The company saw a 9 percent boost in traffic to realtor.com’s web and mobile sites in the fiscal fourth quarter to approximately 58 million average monthly unique users.

Compass names Wendy Forsythe president of 3 western states
Back to top
Only 3 days left to register for Inman Connect Las Vegas before prices go up! Don't miss the premier event for real estate pros.Register Now ×
Limited Time Offer: Get 1 year of Inman Select for $199SUBSCRIBE×
Inmanpot
Log in
If you created your account with Google or Facebook
Don't have an account?
Create an Account
Forgot your password?
No Problem