by Aaron Lesher
Share this article
You successfully shared the article.
Close

In the past 20 years, we’ve seen major industries disrupted or vanish completely due to tech innovation: Netflix said goodbye to the video rental industry, Amazon put brick-and-mortar bookstores under, Apple made buying CDs obsolete — the list goes on and on.

In the past 20 years, we’ve seen major industries disrupted or vanish completely due to tech innovation: Netflix said goodbye to the video rental industry, Amazon put brick-and-mortar bookstores under, Apple made buying CDs obsolete — the list goes on and on.

It’s easy to look for similar analogies in real estate.

But the reality is a little more complex. Buying a home, for the vast majority of us, is the biggest investment we’ll ever make. Human behavior suggests we’ll be more risk-averse in this situation, less willing to embrace change or convenience if it means facing the fear of the unknown.

The idea of a trusted adviser, a.k.a. real estate agent, is naturally much more appealing to consumers who are making the massive decision to buy or sell a home.

Comparing the future of real estate to choosing Netflix over Blockbuster or Amazon over Barnes and Noble is comparing apples to oranges.

To learn more about where the industry really is, what top brokerages are doing to distinguish their agents from the competition and get insight on what thought leaders think of “disruptors,” we spoke with two of the most powerful names in residential real estate: Michael Golden, co-founder and owner of @properties, and Jim Litten, CEO and owner of F.C. Tucker.

Read on to get their insights on real estate today and what makes their respective brands stand out.

If I’m looking to sell my home, why should I pick a traditional agent and brokerage at 5% – 6% of the sales price over, say, Redfin at 1%? 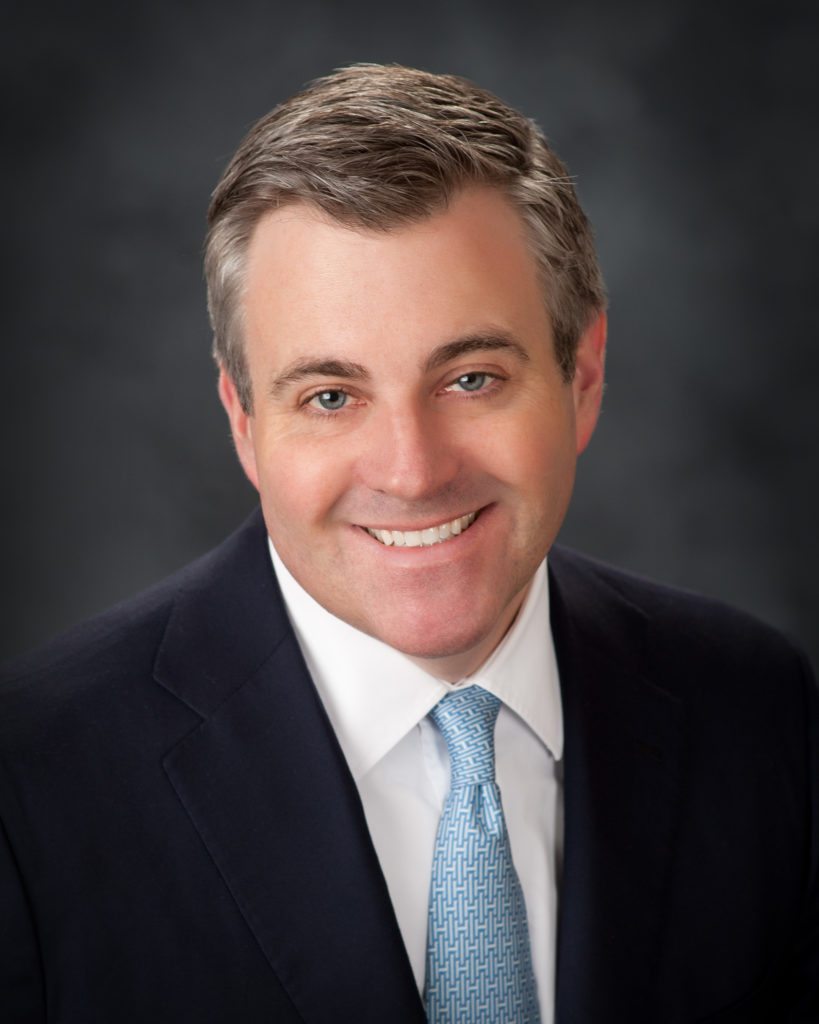 A lot of these companies like Redfin are centered around a discount. Well, along with a discount comes a lower level of service. Less marketing, less exposure, inferior quality of agent in our eyes. So, yeah, you may save 1 percent, but if that costs you 5 percent of the sales price, was that a good trade?

Michael Golden later reached out to clarify his quote, stating that it didn’t come across the way he intended (as there was nuance that wasn’t captured in text). Rather than “inferior agent,” he indicated that “along with a discount naturally comes a lower level of service. Less marketing, less exposure, and agents that are not necessarily as motivated or that have too many clients on their plate to provide the best service.” 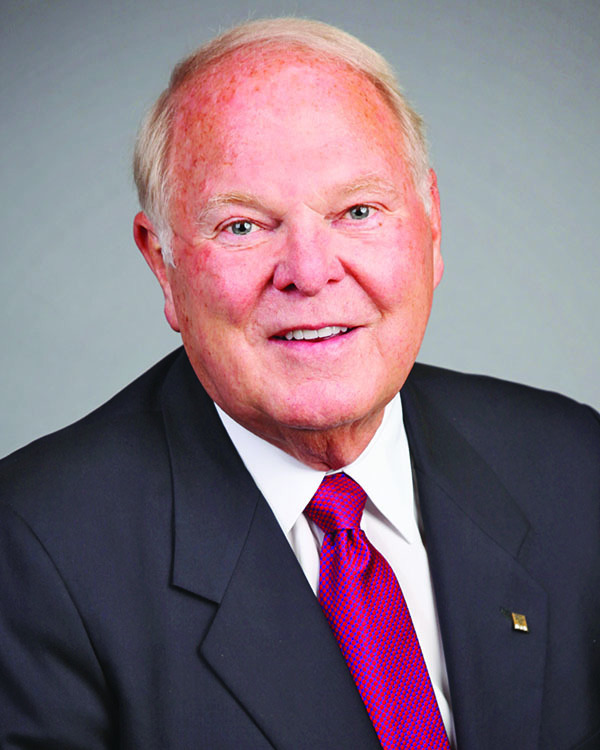 Litten: Redfin has been out in Portland and Seattle for 10 years and have 2 percent market share. They’ve gone broke numerous times. Now, is a Redfin agent, who’s generally on salary, going to have the same desire to work in the evenings and on the weekends as my independent contractor agents working on commission?

The number that NAR put out last year is that 90 percent of people buying and selling real estate are still using an agent. The reason is that transactions have gotten more complicated. There are more tentacles to it.

The ability to pull it off by themselves — or to pull it off from some website — I won’t say they can’t do it, but the chances are relatively slim that they can do it.

That’s where the real estate agent — the licensed professional, the trusted adviser – is going to be able to do business and still be able to prosper.

Will we still have threats? Absolutely.

When we started putting listings on the internet, people said you just put a nail in your coffin. The consumer won’t call you anymore. Well the number of consumers using agents hasn’t changed in 15 years.

I will never take our competition lightly. And my goal will always be to know more about them than they know about me. But it’s served us well.

This year Zillow reported it captured 75% of the online real estate audience. Are you worried that Zillow will go direct to consumer and beat out the traditional brokerage business model?

Golden: We see Zillow as needing us. Sure they can go set up their own brokerage company and see how that works. But ultimately their money comes from us — the agents.

If anything, they help prolong our business model rather than hurt it, in my opinion.

Brokerage models are very, very thin margin businesses. Zillow has it figured out — these guys are probably the smartest guys in the room. So if they get a higher margin for selling leads, and let us do all the work to sell the thing just to get a piece of it, I think they’re OK with that.

Litten: Well, I think this subject is deeper than just Zillow — it’s really about all those people trying to get a piece of the real estate dollar. My problem with Zillow is that in many cases [data on Zillow] is not correct and misrepresented.

But here’s what I would say: the major national players need to run themselves like a real business. They have to be strategic and concerned with threats coming at them from all these different intruders into our business. And they’re having to determine, are they friend or foe?

I have friends throughout the country that think Zillow hung the moon. And I’ve got other friends that say they wouldn’t do business with them if they were the last people on earth.

So I think what it comes down to is that well-run businesses — and that doesn’t apply just to the real estate industry, it applies to all companies today — are going to be able to react and prosper in the face of these strategic issues that are coming down the pike.

Outside of traditional real estate training and coaching, how are you investing in technology to help your agents stay competitive?

Golden: We’re constantly trying to find new technology that will differentiate our agents from other agents. My partner and I have invested in about a dozen start-up technology companies, most of which somehow relate to our business.

We’re able to provide that technology to our business that helps our agents differentiate. We also have a very large technology group in-house, where we develop all of our own systems.

There’s more than 10,000 real estate agents in the Chicagoland area, so for us it’s all about differentiation — how do you make my agent different than everybody else out there?

Litten: Well, we’re looking at growing every way that’s needed. First thing is technology. We just brought in two new people to run our IT department that are very, very talented to take us to the next level.

We’re also partnering with outside technology firms to bring new tools to our agents without having to develop them in-house — the folks that are doing things for us right now are a small outside company — we look at them like our business partner.

What’s your pitch to potential agents deciding between you and other more recognized national brands? Has your pitch changed as you’ve grown your company and agent count?

Golden: Yes, the pitch has changed — partially because of our track record. Now, we can now clearly show example after example of agents that joined who were doing X amount of business and are now doing Y. And those agents are willing to step up.

Part of the major challenge we have is keeping the feel small and personal, which I think we’re pretty good at, but it’s the thing we work the hardest at all the time. If you look at what everybody wants, everybody wants to feel special. Everybody.

We work very hard to find ways to recognize people individually. Our entire management team writes handwritten thank-you notes to individual agents — including my partner and I — every week, recognizing and thanking them for something.

My partner and I think that we’re the employees, and we have 2,400 employers.

Our agents are only here because they want to be here. They’re independent contractors who can go anywhere. So we need them to want to be here and be a part of who we are and feel good about our culture, organization and the value we bring to the table.

Litten: Well, from a financial perspective, I think you’re going to get a similar deal split-wise, but you’re not going to get the leadership, training and relocation services with other firms that you’ll get with us.

Basically those companies don’t provide much for their agents.

Our agents aren’t in this business to just sell one or two houses a year. It’s those types of agents leaving consumers with a bad taste in their mouths. I look at our agents, at the 1,500 or so we have, and they’re highly professional. They get it. 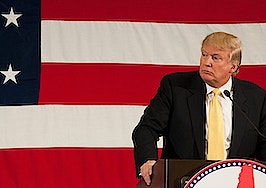 Trump's latest tax proposal: Will it make you more or less profitable?