Could your city survive a nuclear apocalypse? We hope you never have to find out.

Based on those factors, Kansas City, Mo. is the best place to survive a nuclear apocalypse.

Kansas City has one of the highest rates of listings with bunkers and fallout shelters, and most basements there are constructed out of brick — a material that is better equipped to withstand a nuclear blast. 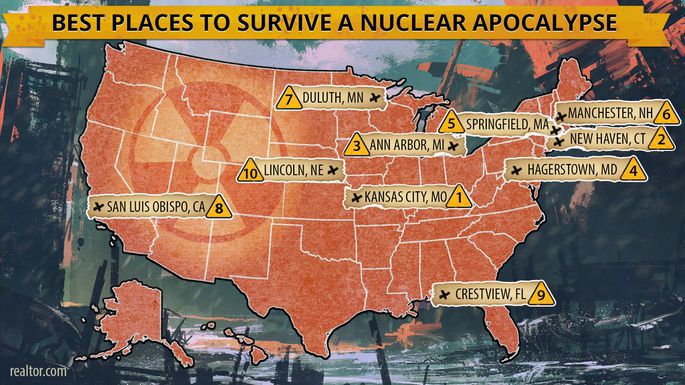 “Surviving a disaster will often have more to do with where you are than with any other factor,” said Richard Duarte, author of Surviving Doomsday, in an interview with realtor.com. “Finding yourself in a highly populated urban center, competing with violent crowds for dwindling resources, will usually not end well. If the scarcity doesn’t get you, the resulting chaos certainly will.”

New York City, on the other hand, is the worst place to survive a nuclear apocalypse thanks to its large population and lack of natural resources. It would be impossible to forage for food and find water on your own, and the sheer number of people would make it nearly impossible to exit the city quickly as roadways, subways and trains would be overcrowded or inoperable.

Duarte says New Yorkers and Los Angelinos shouldn’t feel too bad — everyone, including Kansas Citians, would have a tough time dealing with the fallout of a nuclear crisis.

“If it does happen, I don’t know if any amount of time preparing will do much difference. I’ve seen what happens in the aftermath of a simple weather event — people go into chaos,” he said. “That thing we call civilization goes away quick.” 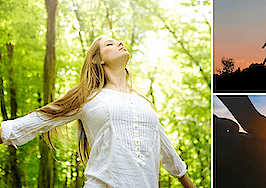 6 ways to find your footing in traumatic times 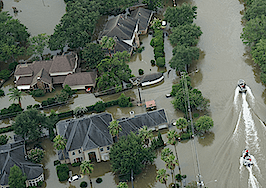