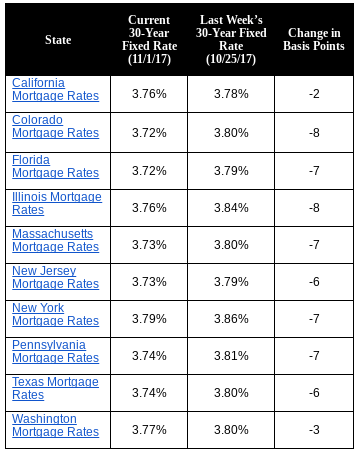 “After increasing to their highest levels since mid-July, mortgage rates retreated early this week to near where they were for much of the past month,” said Aaron Terrazas, senior economist at Zillow. “The emerging contours of tax reform proposals in Congress and continued speculation about who will be named the next chair of the Federal Reserve both helped pushed rates lower.

“Markets are waiting for an official Fed Chair nomination tomorrow and will also be watching Friday’s jobs report. Recent economic data have been strong and, the past few days aside, rates have been moving gradually higher.” 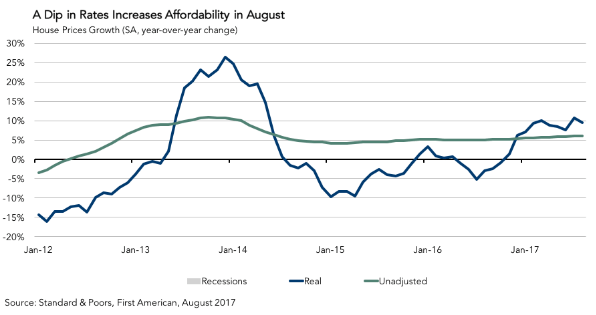 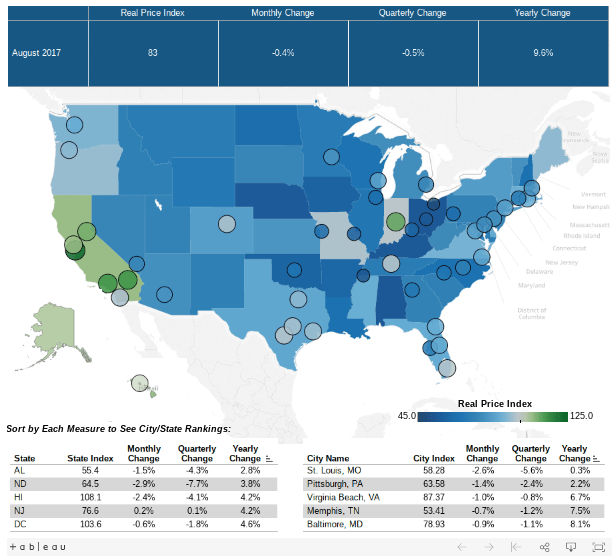 “A dip in mortgage rates in August offset rapid price appreciation driven by the lack of supply, as existing homeowners remain reluctant to sell for fear of not being able to find something to buy. However, based on our RHPI, over the past 12 months affordability has declined by more than 9 percent,” said Mark Fleming, chief economist at First American.

“Though consumer house-buying power improved in August, affordability is likely to fade as mortgage rates are expected to rise in the months to come, but lower affordability is only significant to potential first-time buyers. Existing homeowners with fixed-rate mortgages benefited from the rising prices with increased equity. If you’re renting and thinking of buying, then now is the time.

“As mortgage rates rise on the back of the last months’ FOMC decision to reduce its portfolio of bonds and supply remains constrained, affordability will continue to decline for those seeking to achieve the goal of homeownership. Yet, while affordability is lower than a year ago, it remains high by historic standards. Only three states and the District of Columbia are less affordable today than they were in January 2000.”

Zillow's US home-value estimate drops for 2nd consecutive month
Back to top
Only 3 days left to register for Inman Connect Las Vegas before prices go up! Don't miss the premier event for real estate pros.Register Now ×
Limited Time Offer: Get 1 year of Inman Select for $199SUBSCRIBE×
Inmanpot
Log in
If you created your account with Google or Facebook
Don't have an account?
Create an Account
Forgot your password?
No Problem