Uninterrupted
by Jotham ​Sederstrom
You successfully shared the article.
Close

The New York City straphanger at the center of a viral video featuring Cleveland Cavaliers star LeBron James is a Corcoran Group broker with a real estate television talk show in the works.

James Michael Angelo, who spoke for a nation of wary subway riders when he asked the 6-foot-8 small forward and his teammates, “Can you not?” after James trained his camera on the broker, was en route to Corcoran’s Chelsea office during the Monday morning rush. The video, which appeared on Twitter later that day, has since racked up over 155,000 views on YouTube, 37,000 likes on Twitter and 14,000 retweets.

“It wasn’t LeBron James, quote-unquote, that I didn’t like,” said Angelo, who also doubles as a comedian and has performed at venues including Caroline’s and Gotham. “It was, to me, just a guy on the subway who wasn’t respecting the New York City rules of the subway, and I tend to get that from tourists. He was clearly somebody who didn’t ride the subway often, and I probably would’ve had the same type of reaction to anybody else. I had no idea who he was.”

While fans of “King James” laughed at Angelo’s expense, supporters on Twitter quickly weighed in — including no less than Corcoran President and CEO Pam Liebman.

“Even @KingJames can’t stop an agent’s Monday hustle,” she tweeted on Monday.

Angelo, who launched his real estate career just 21 months ago, has taken the social media jokes in stride, and said the attention has already helped accelerate production of his television talk show, which a PR firm called to inquire about following the LeBron James video. Angelo said the show, JMA New York, combines comedy and the New York real estate market and has drawn early interest from Amazon Prime and the AT&T-owned Audience television network.

“I think any attention and any marketing can help in any business,” said Angelo. “I’m confident that the pilot’s going to get picked up by somebody, and when it does I think it’s going to attract a lot of developers — because developers love people that are on TV.”

As the subway encounter gained attention, Angelo also took to YouTube Tuesday for another playful jab at the basketball star in a video titled “3 Things for LeBron James” featuring some enlightening NYC transit system pro tips.

As for his day job, the South Harlem resident has closed deals across the Upper West Side, Washington Heights and Carnegie Hill, including a recent $3 million transaction, he said. Thanks in part to a husband who has worked on Broadway for more than a decade, his clientele has consisted largely of entertainers from stage and television productions, he added.

“I’m about 21 months into my real estate career so I’m not this seasoned huge broker — and I’m fine with that,” said Angelo. “I started this business to offset my comedy and I love juggling both. The Corcoran team and the PR team here have been excellent, and Pam Liebman has been great. They have been jumping on this and helping me with all of this. It’s been fun.” 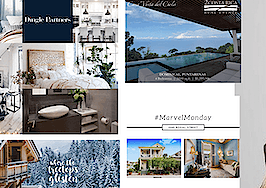 9 ways to maximize your Facebook marketing in real estate 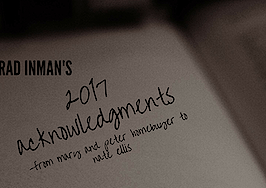 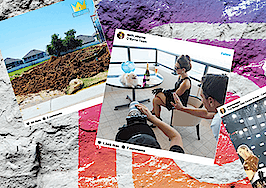 What 'Instafame' can do for your real estate business